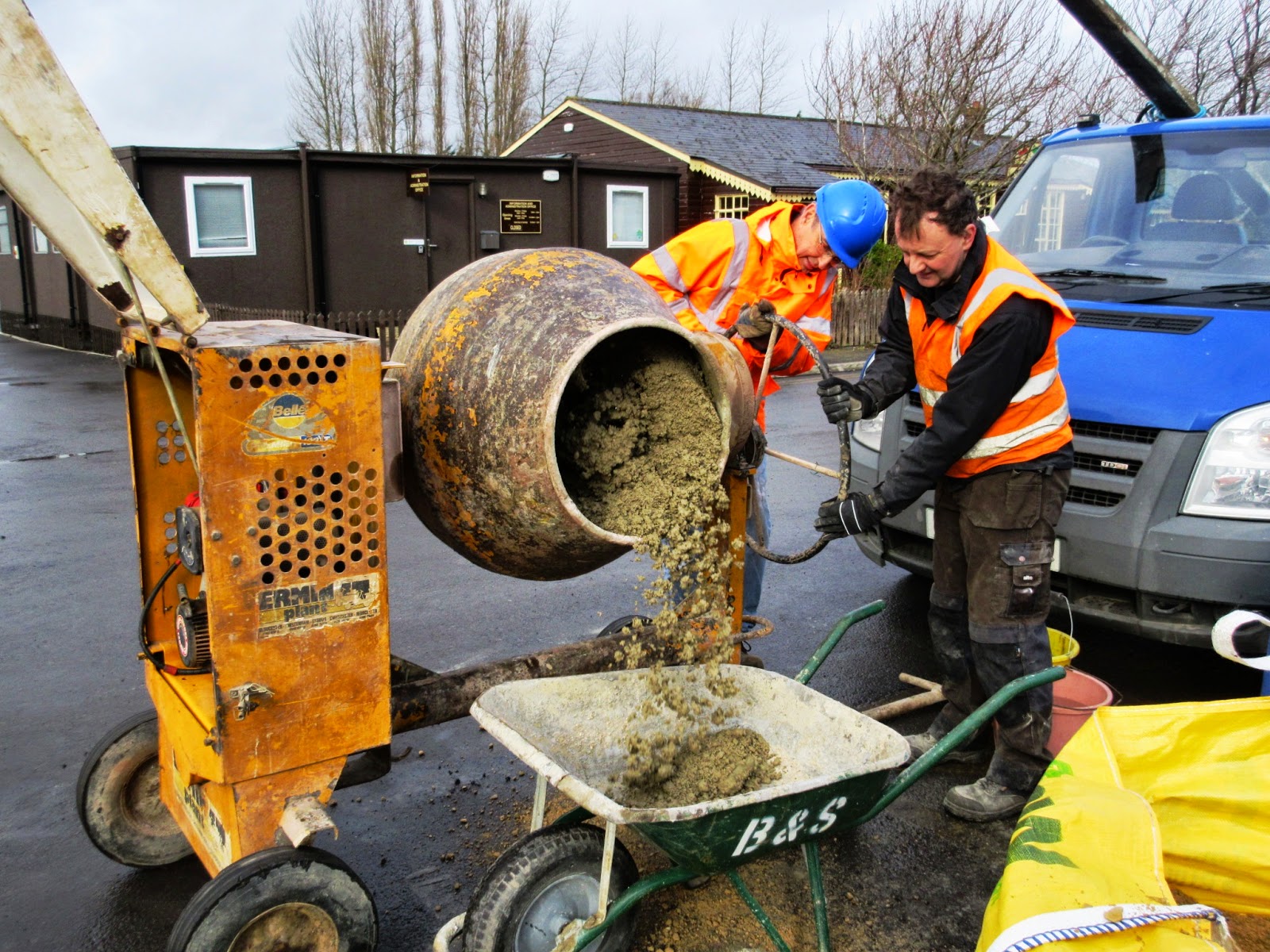 In preparation for the new running  season, Toddington Station has had some maintenance on the running line through the Station. This included moving the barrow crossing further south. The Pway Gang and Building Services have put in a tremendous amount of work in over the closed period  to achieve this. A couple of the Broadway Gang have helped out in recent weeks, and four BAG Volunteers went over to help out today. 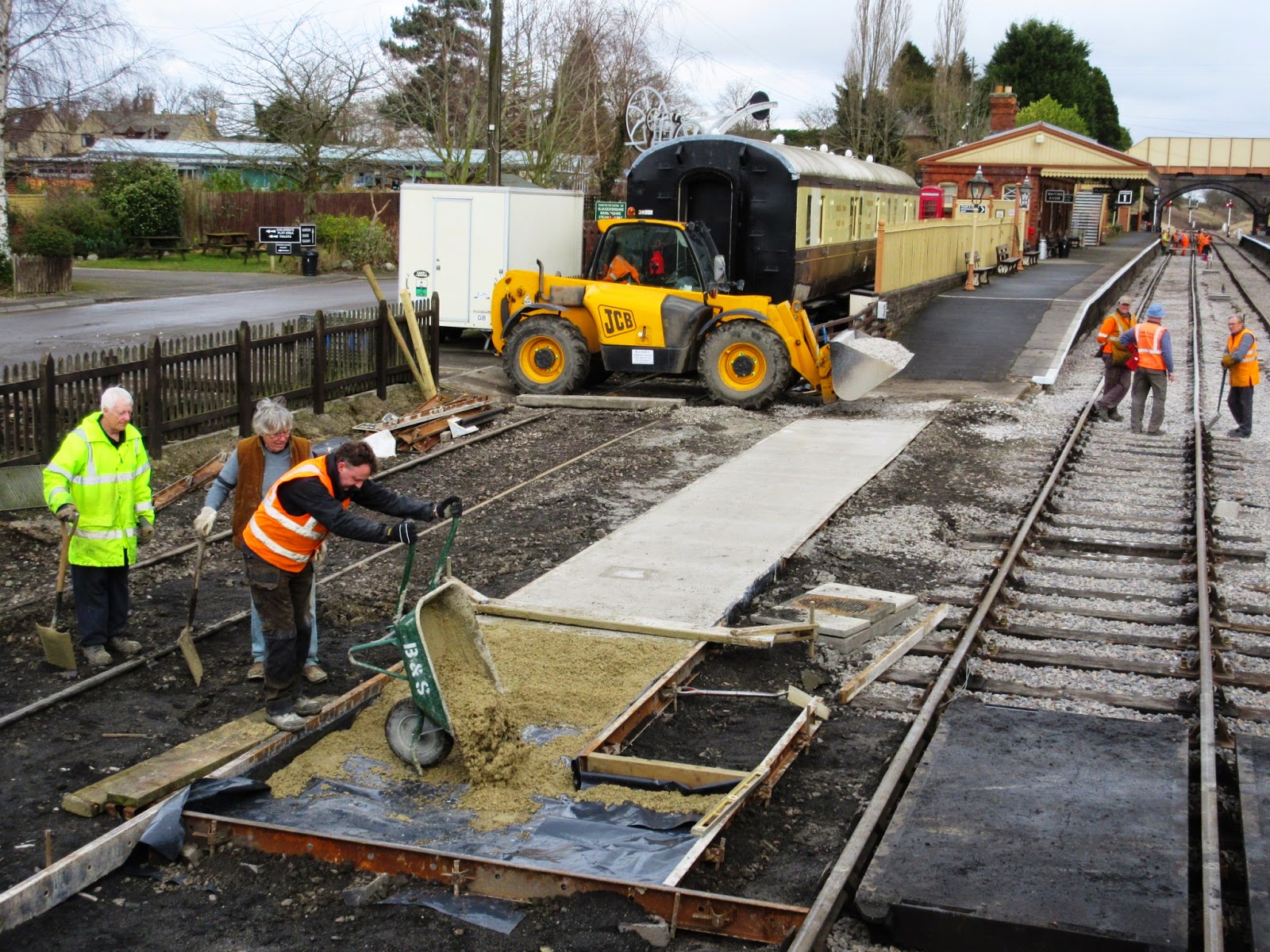 Here Roger and Phil get to grips with the mixer(That's a proper mixer!), and in it goes at the other end. In the background the Pway Gang level out the ballast (is that Ivor Dixon I see? - You can't keep  a good man down). Thanks to Vic, Jo, Roger and Phil for their grafting today. 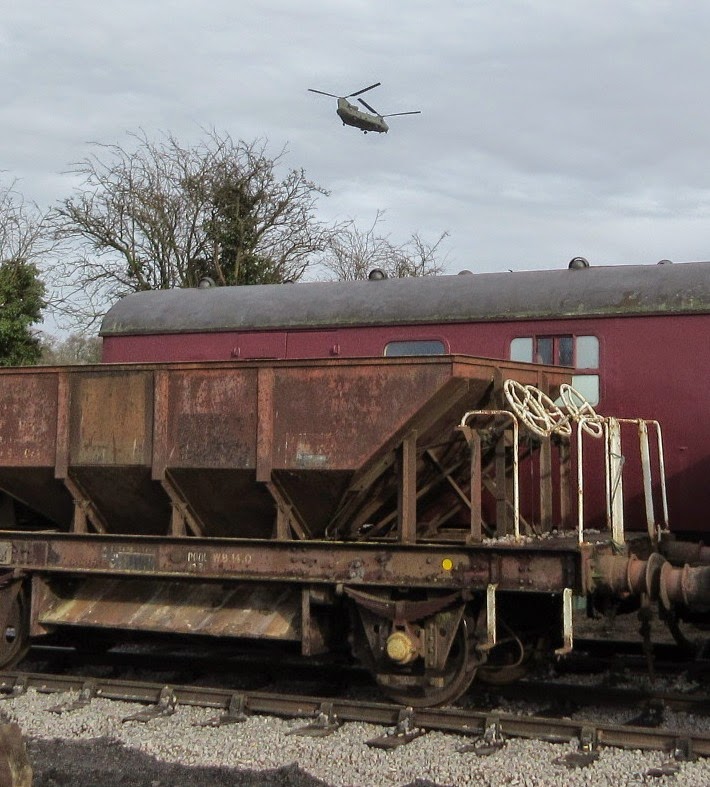 A bit of light relief was a Chinook helicopter doing a low pass. 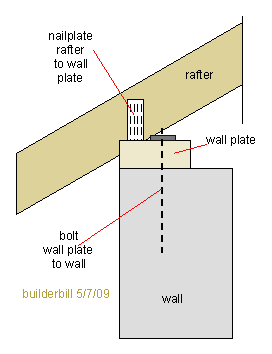 Back on site, more progress was being made on the Signal Box.The first job of the day was putting the wall plate(s) on. For the uninitiated, like me, these are not the Royal Worcester plates you hang between the flying ducks in your lounge, but a horizontal beam around the top of the brickwork to which the rafters are nailed. 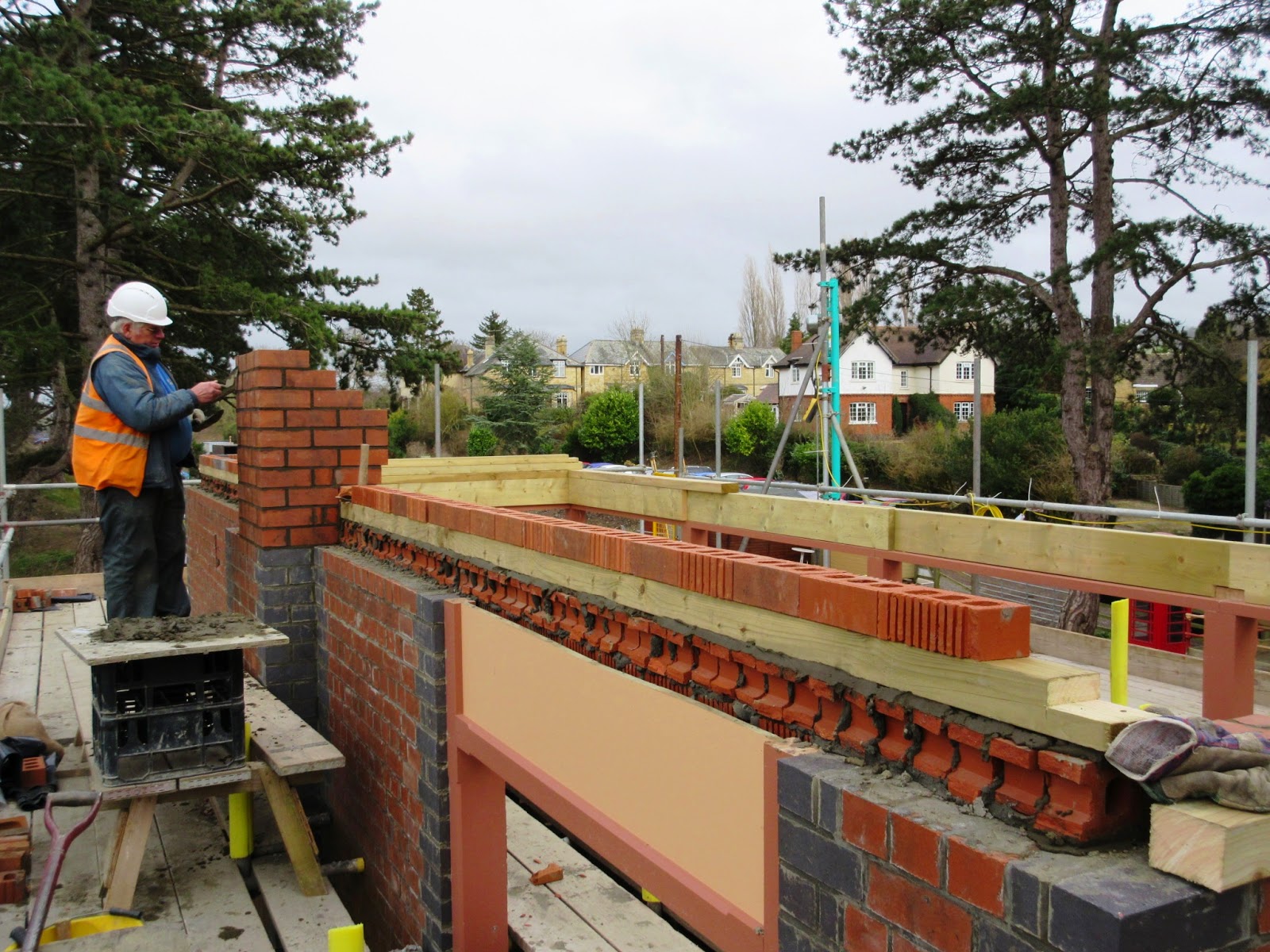 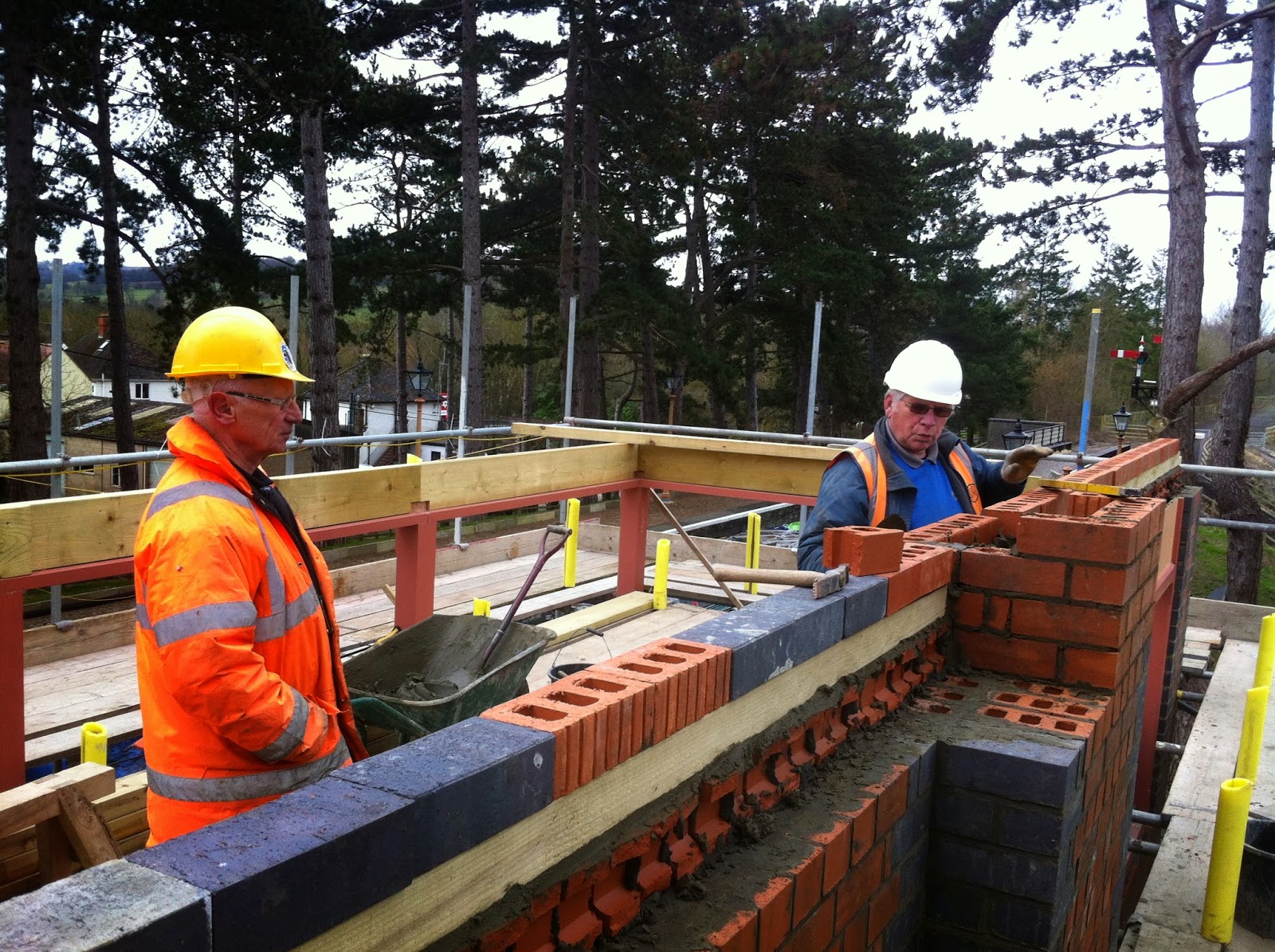 Here JC is actually at the second task of the day which is building the chimney up to the highest point possible before more scaffolding is required.  But in the foreground you can see the wall plate,  held down by a row of loose bricks to keep it level. Tony is the QA man for the day. 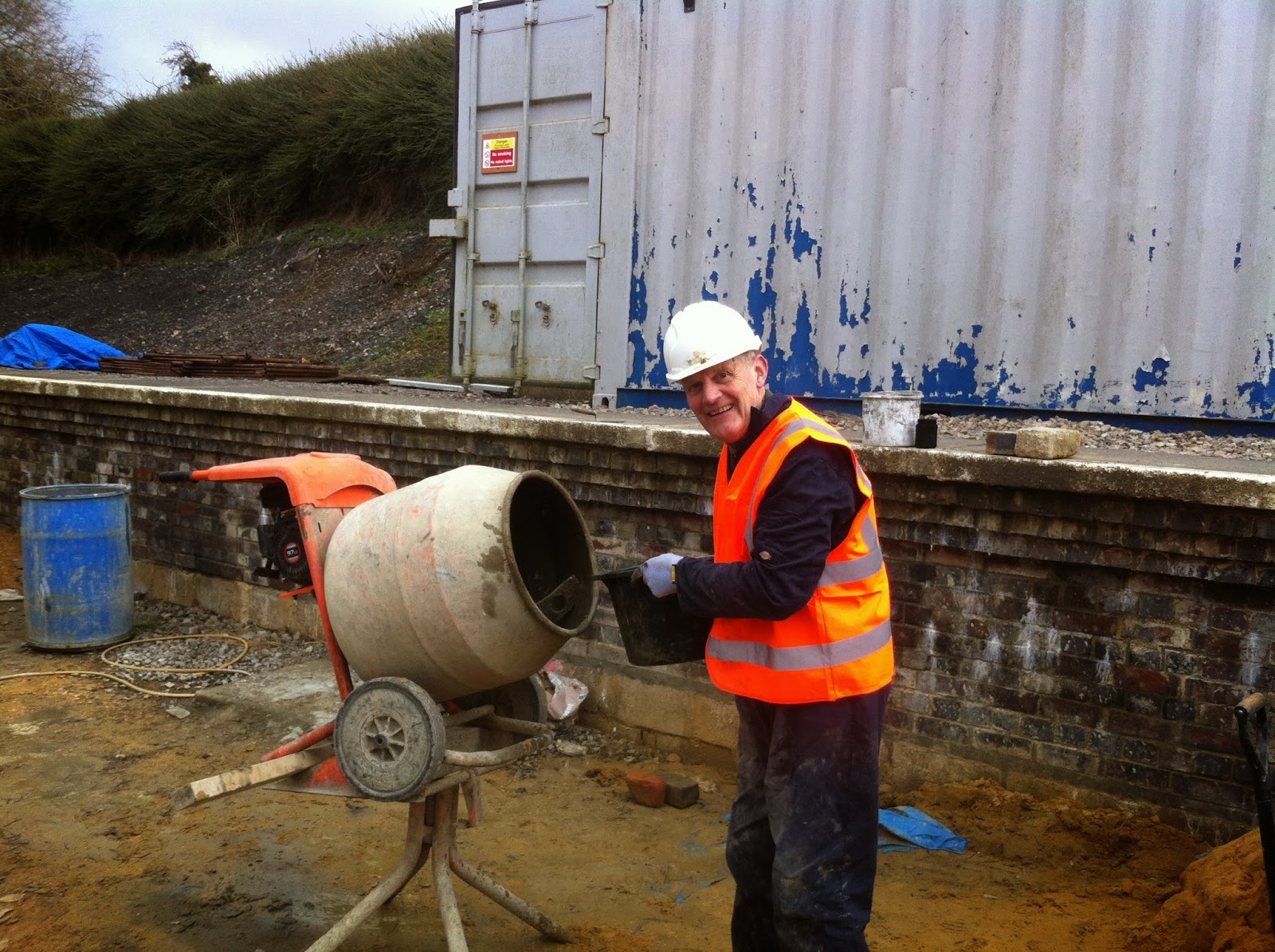 Further north the ramp on platform 2C is nearing completion. Bob J and Keith S, kept at it all day.


It was great to see Keith back after being away for a  tricky eye op. We've missed him. 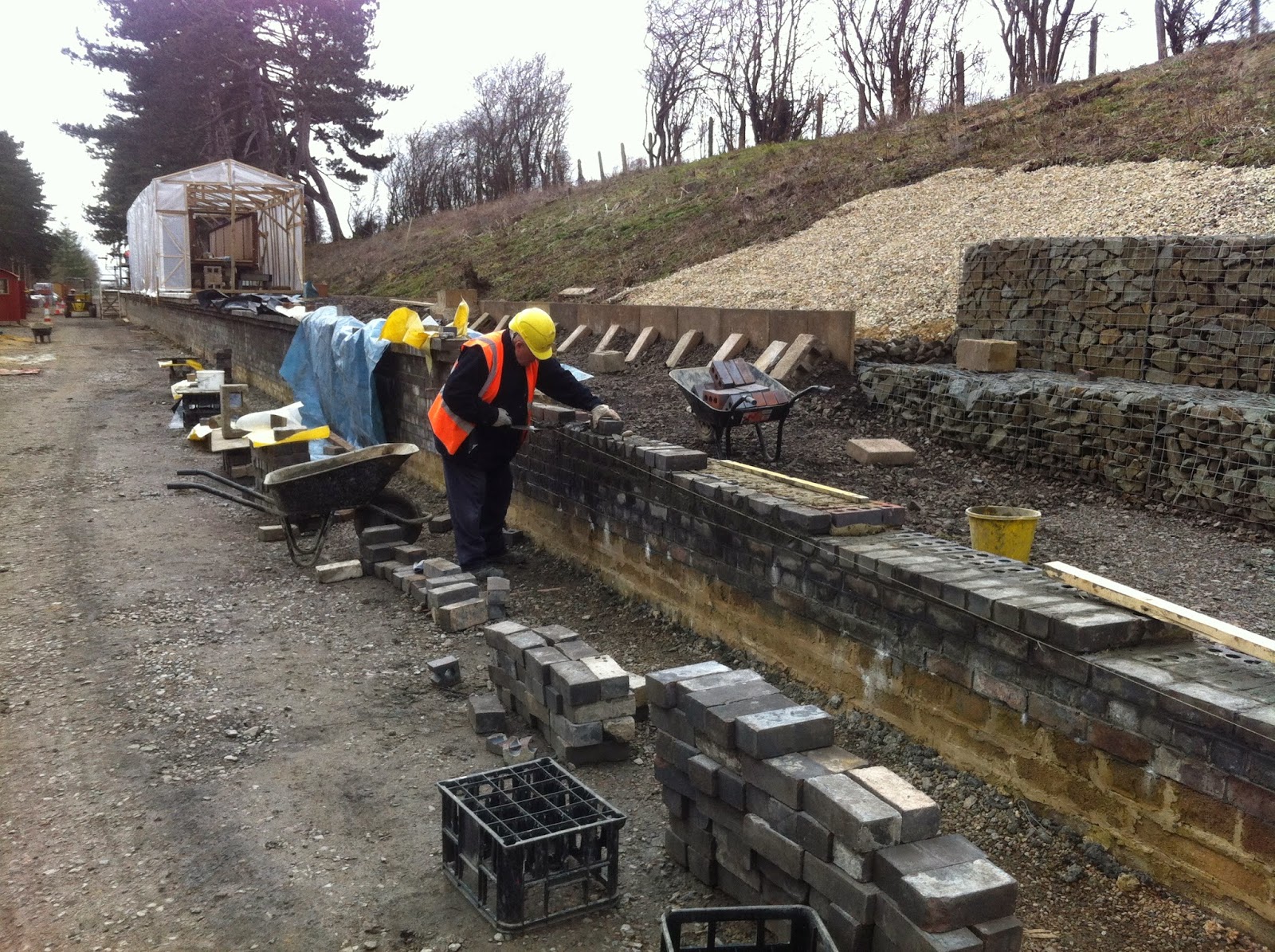 Here Bob J is working away laying bricks on the ramp. He's  on the tedious part of cutting half bricks to achieve the finished slope. Looking good Bob..... 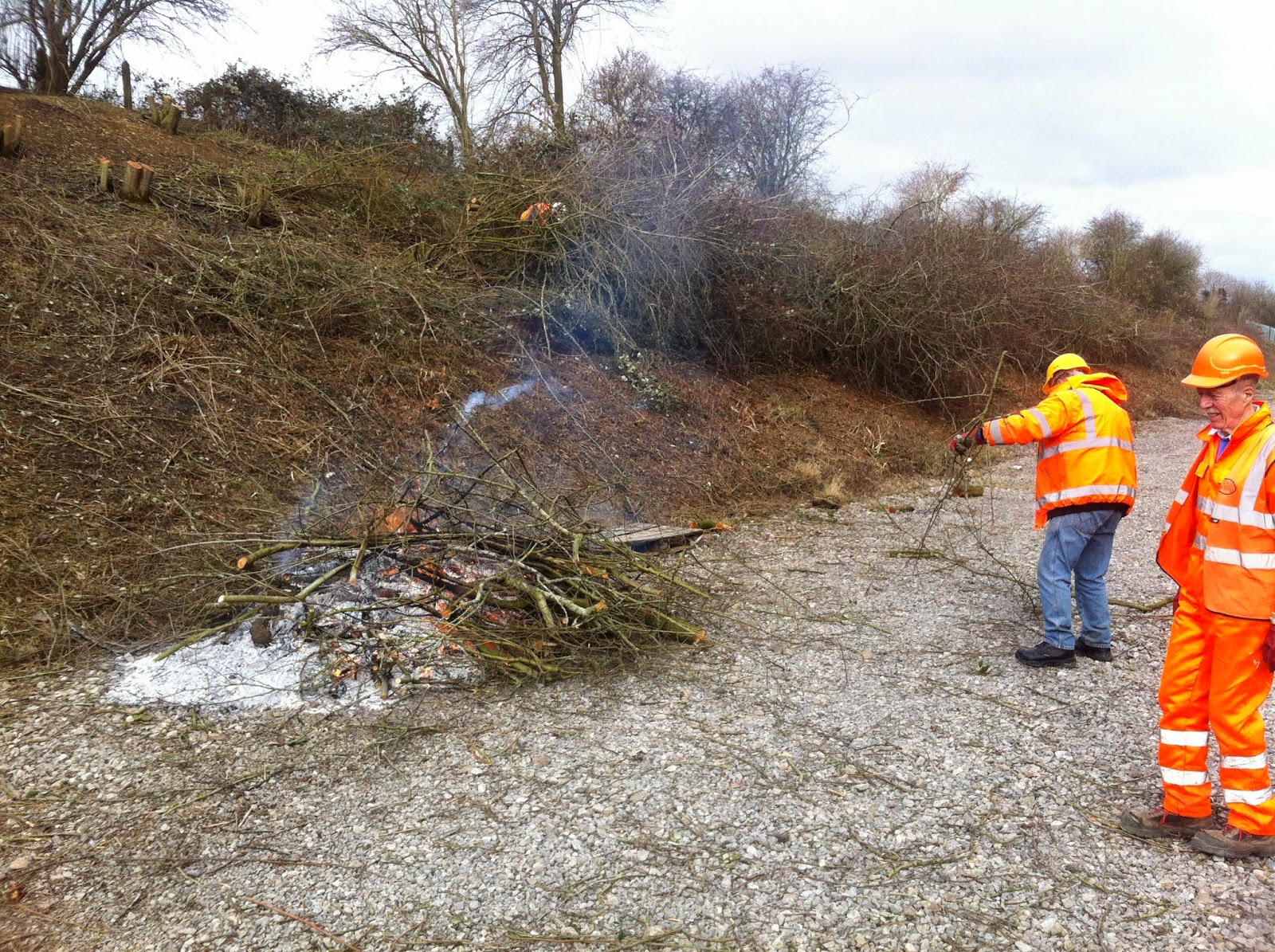 Finally the Fire Starters were at it, with a good fire going. Gordon, Peter K and Graham were on parade.

Thanks to Jim Boyles who looked after the Shed all day. He must have liked it because he's coming back on Wednesday! 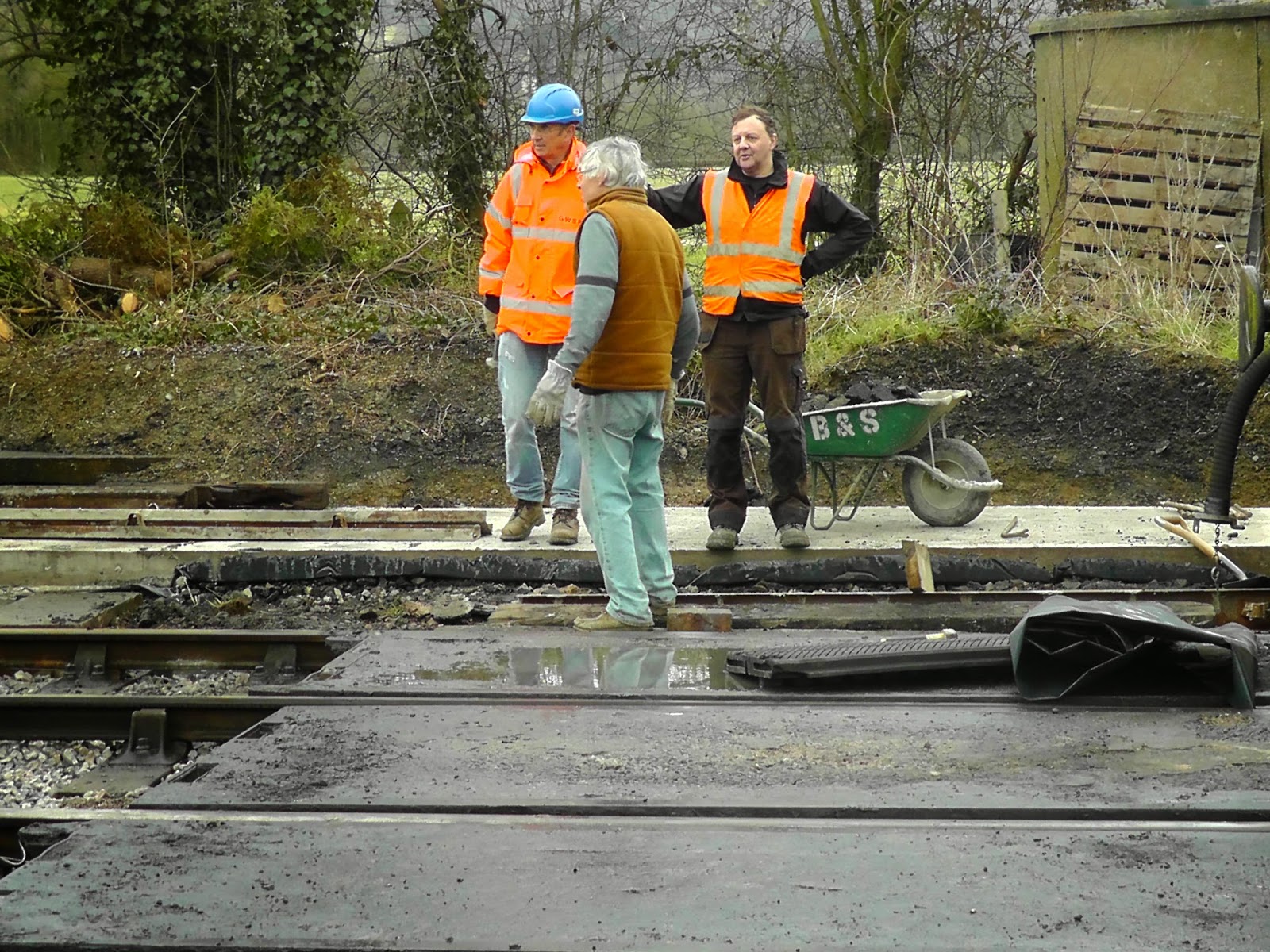 A couple of good extra shots at Toddington from Vic - particularity appropriate because we don't often see Jo in front of a camera!