It was a busy and productive day on all fronts. There were 20 volunteers on site and there was much to  be done. Where to start???

The modifications to the footbridge span  enclosure took centre stage with  a team re-setting the height  of the structure and preparing all the side panels. ready for final assembly. 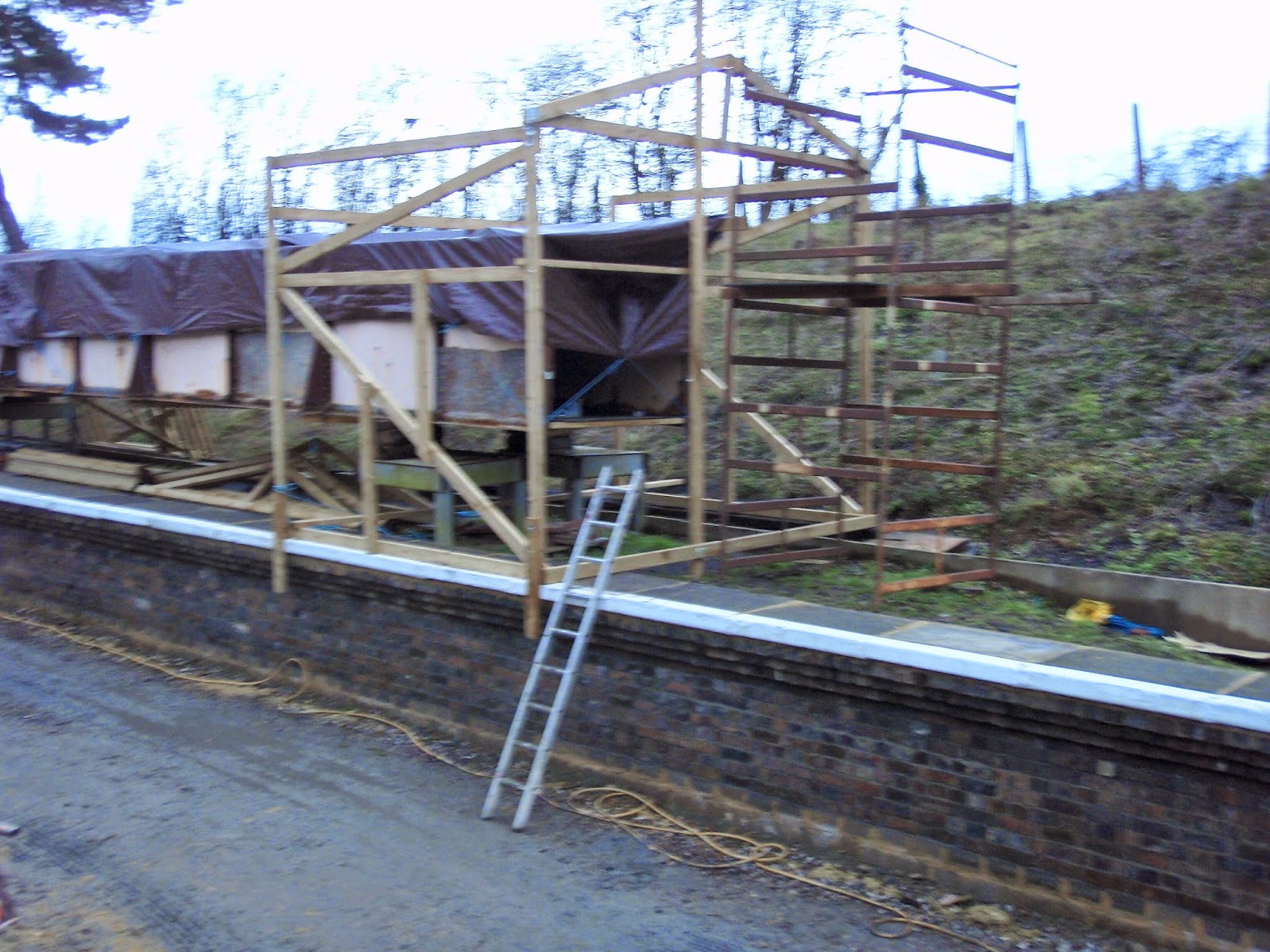 By the end of the day the first section was firmly in place, which then sets the alignment for the remaining panels. As the picture suggests it was getting pretty gloomy by close of play, but you can see all of the days hard work stored beneath the bridge. 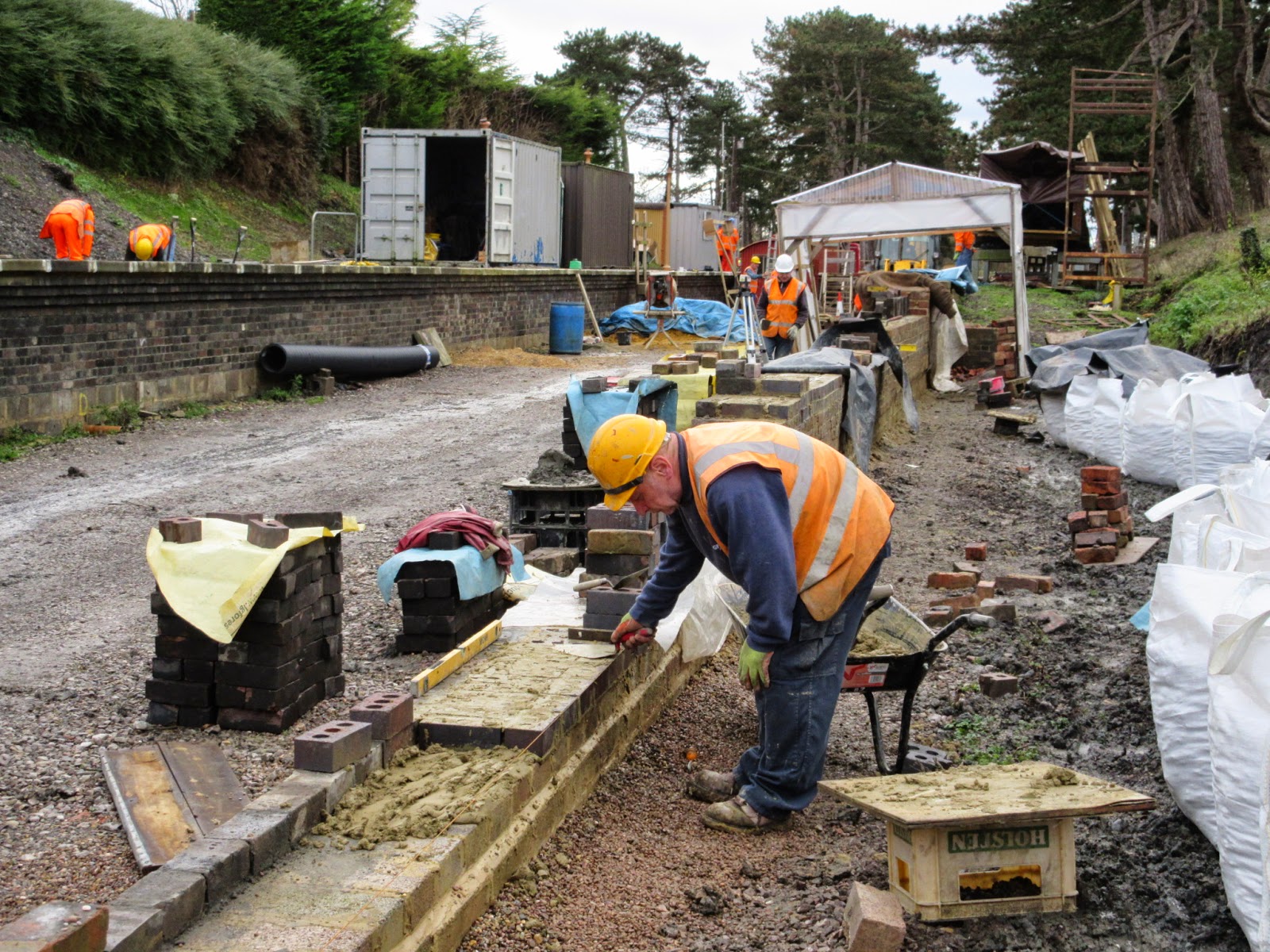 Further north work was continuing on bricklaying on Platform 2C.  On the main section the corbelling is coming along nicely in the hands of Roger B and Peter H and here Clive is continuing  work on the ramp.

Over on Platform 1c Steve the JCB and Rod the Dumper man moved 20 tonnes of scalping behind Platform 1c which had been delivered in 3 loads by Richard from Fairview during the day.
Most of The scalping was levelled by Gordon, Chris and David before we ran out of daylight.
The last delivery of scalping needs levelling and the rolling, perhaps this can be completed on Saturday.
Roger 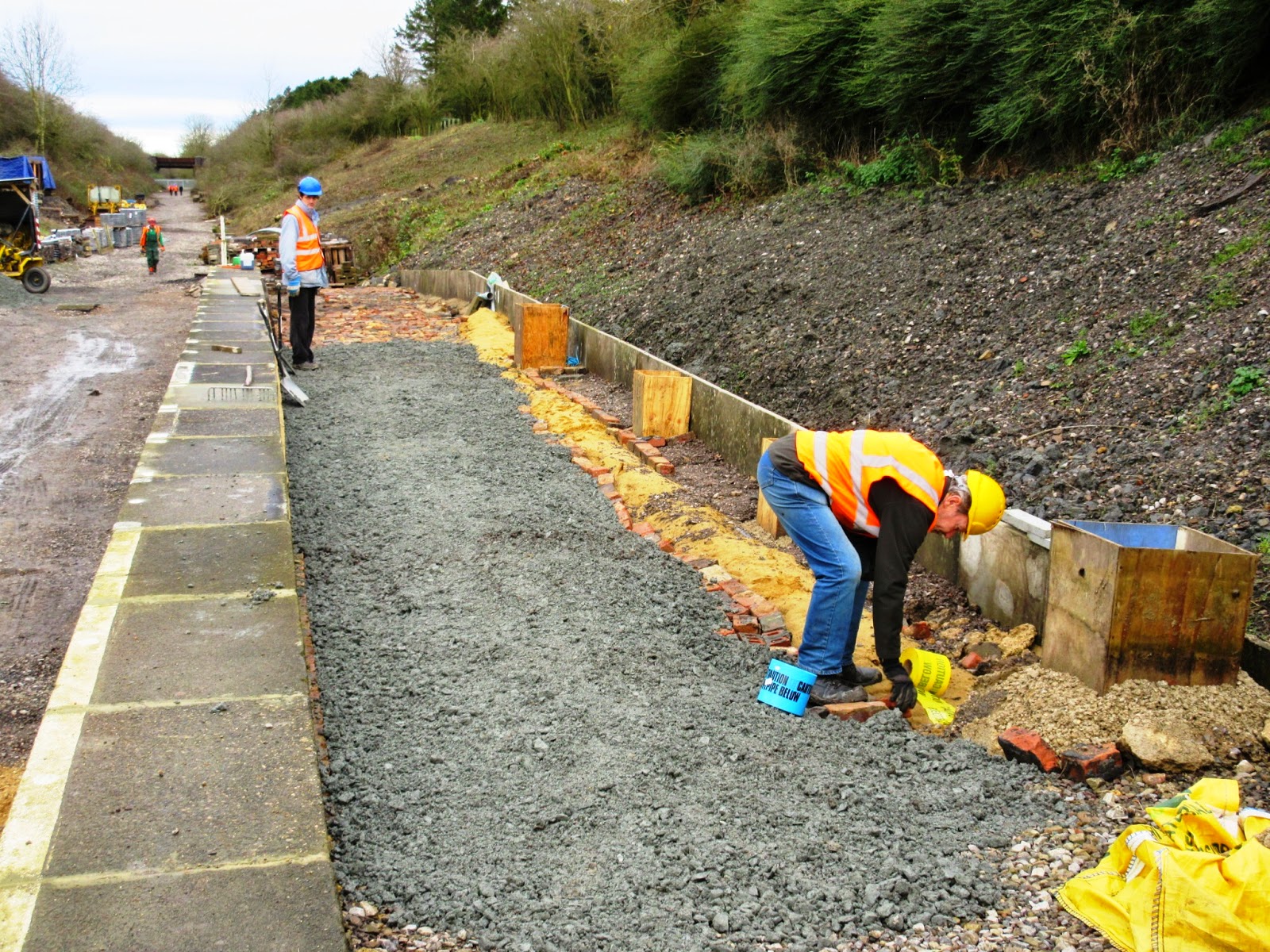 We had Steve Warren and the JCB onsite today to help us with a couple of jobs. The main one was to load some scalpings in behind 1C. By the end of the day 20T + was loaded in and raked and levelled by Gord, Chris and David.  What a slog!  Here Rod locates the services marker tapes, (water and electricity). 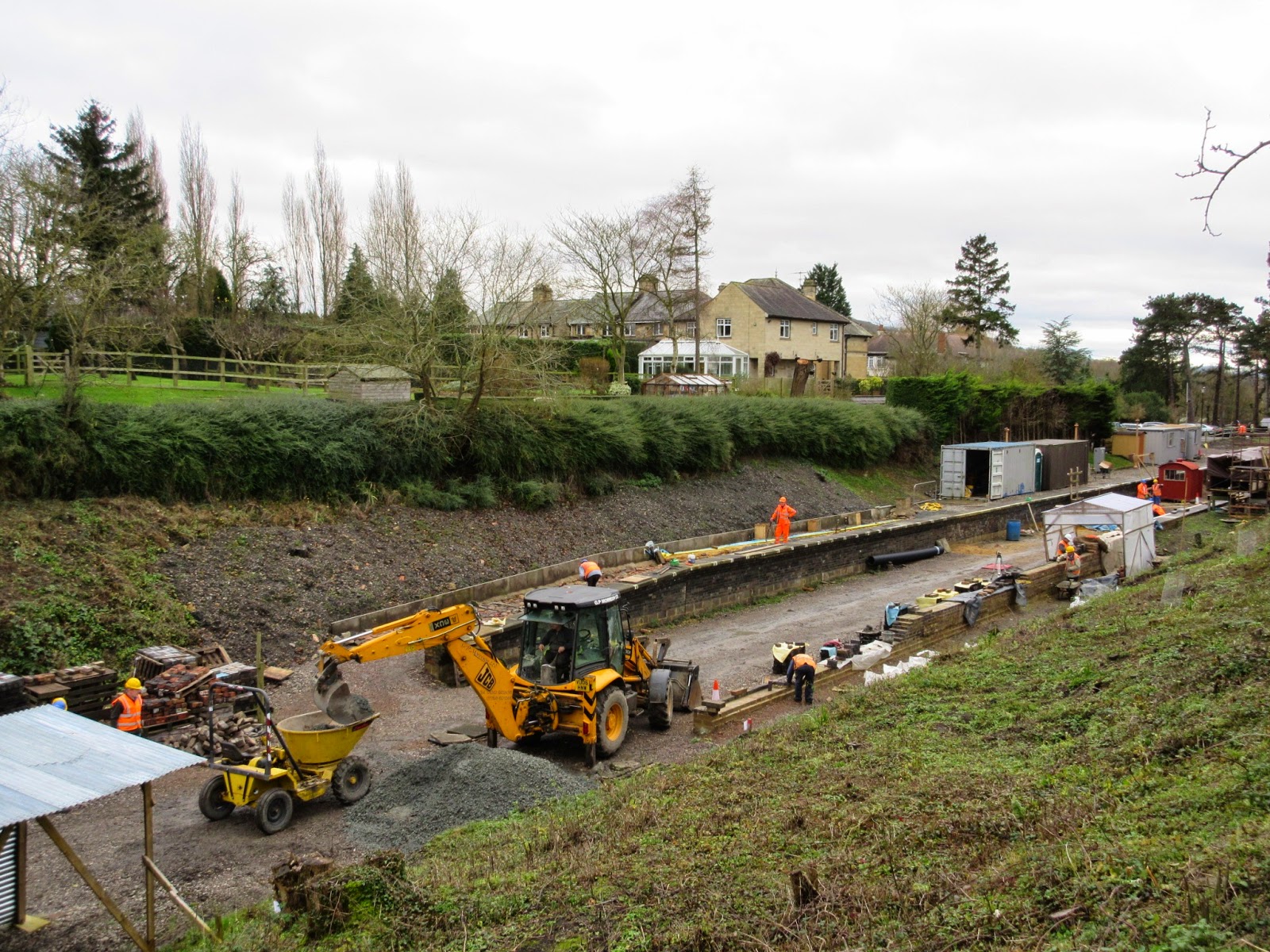 Here is a top class shot from Jo showing the dumper being loaded, and the panoramic view of the northern end of the site. 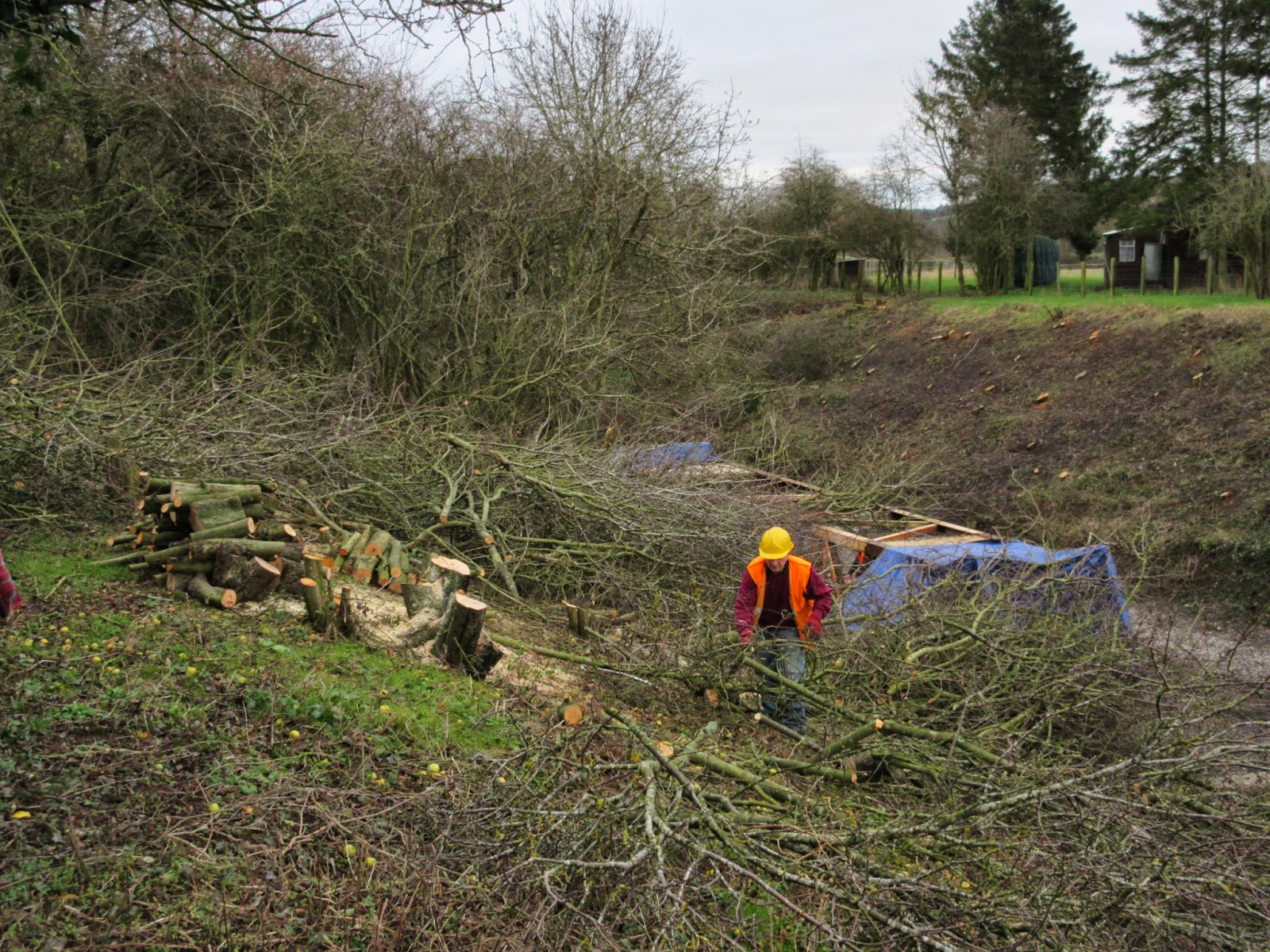 Behind this viewpoint  Brian M and Steve B were continuing the charge on  clearing the cutting of trees and shrubs. There will be bonfires on Saturday me thinks! 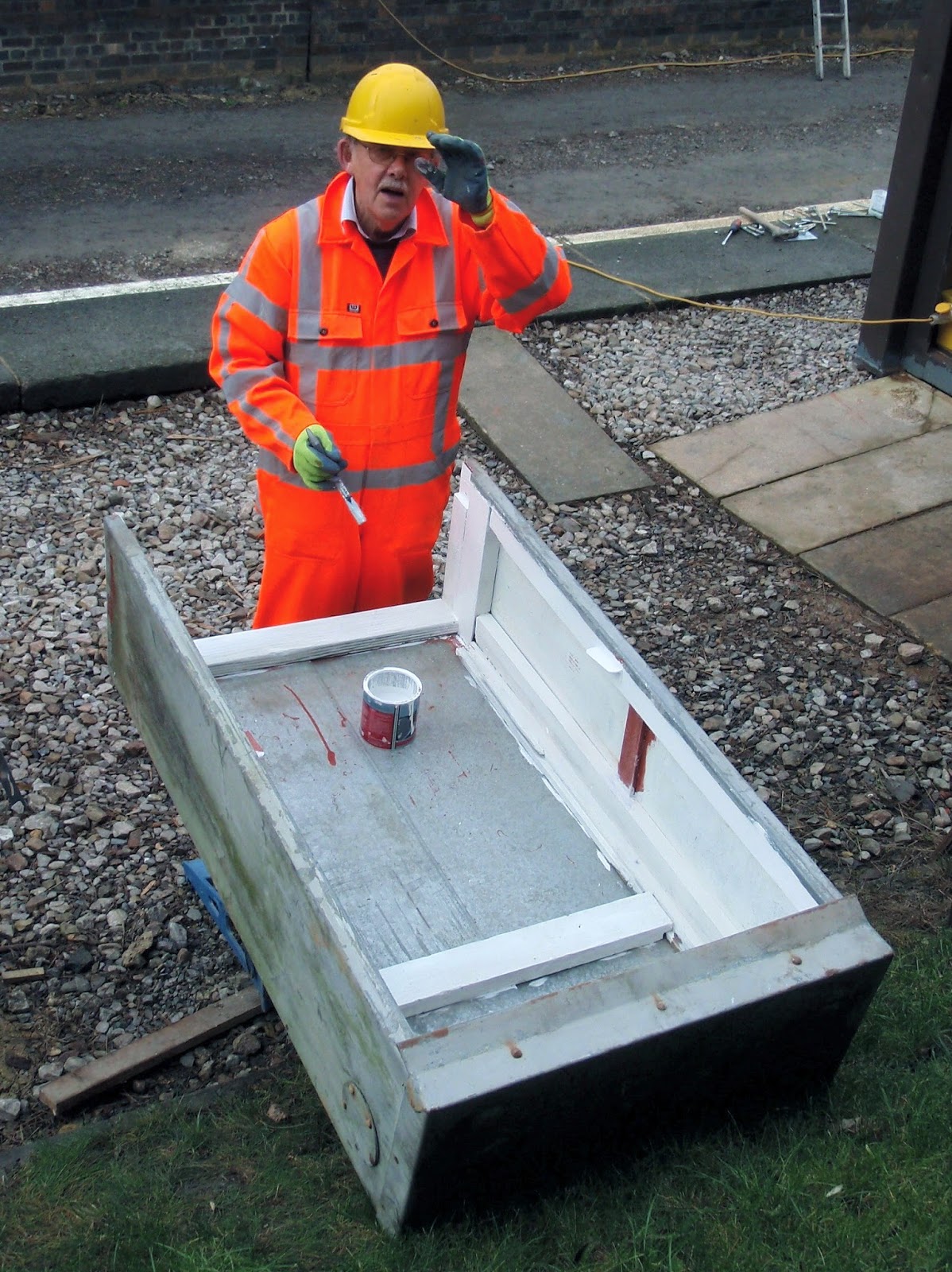 Down on Platform 1 Mike S was continuing with his labour of love in restoring the line side cabinet for 1C. I'm not sure of the need to salute the cameraman....... 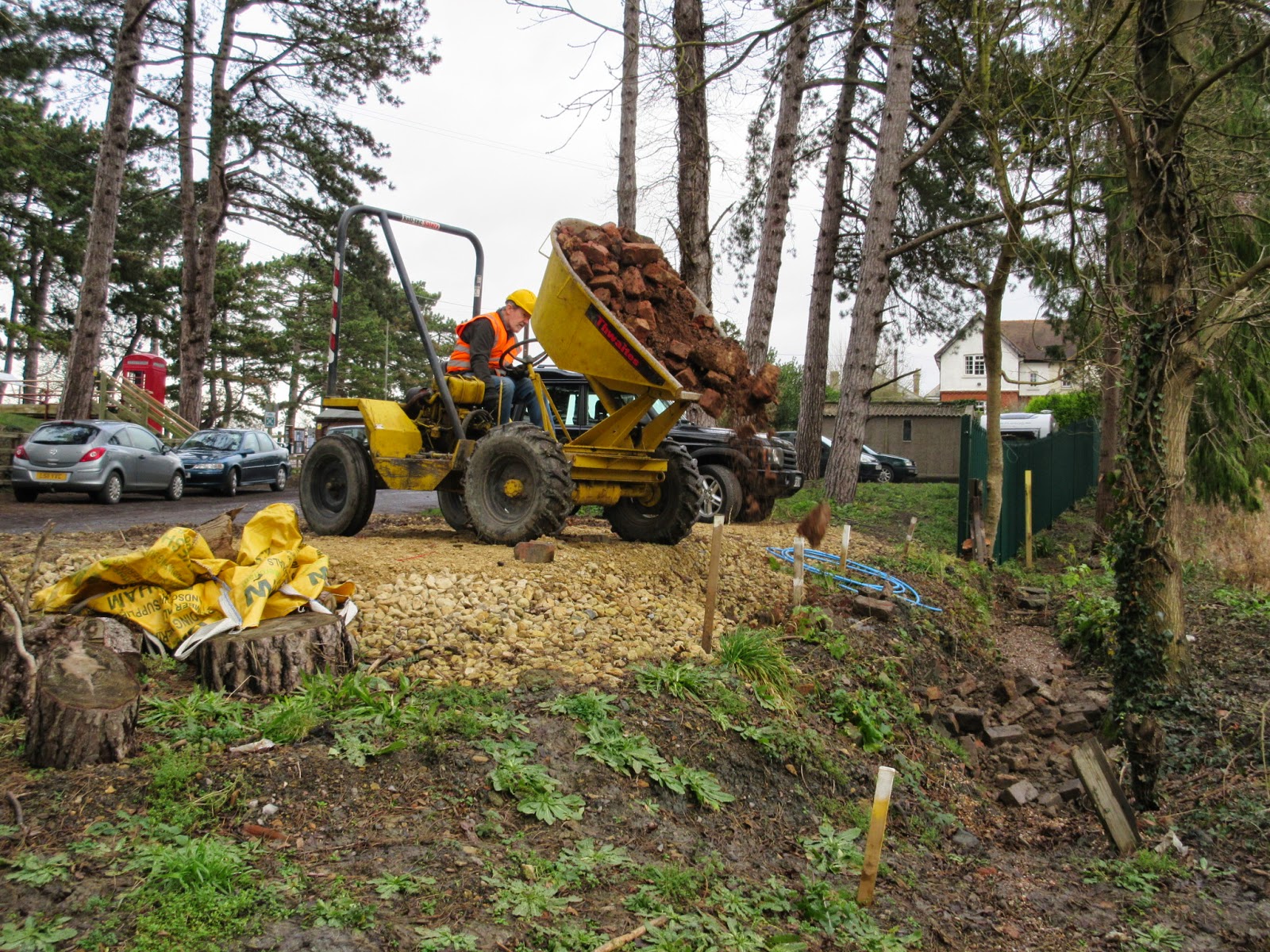 The other job that Steve Warren was helping with, was to load some infill in along the eastern boundary fence line. The George Law cabins have now gone and we were able to start the task of filling the ditch and grading the lay of the land in order to continue with fencing. Some good progress was made but there remains some work to do - these jobs are never as straight forward as you(I) think!

Across we go onto the Signal Box. Here is JC's report :-


Hi Bill,
Tony , Bob and Myself were short of a mixer man today so one of us had to keep stopping to mix the Mortar, but we managed to lay 4 courses of bricks to the outside face work and 3 courses to the backing up on the inside.  The damp weather did little to assist us with drying of the joints so we had to resort to the 'flame thrower' to help dry the mortar.
If all goes well on Saturday we should achieve the finished level all round for the scaffolders to raise us up to the last level and thus  we have only 10 courses to gutter level in readiness for the roof carcass, and then it will take shape very quickly.
Regards

Finally we had visit from the P Way Gang, checking on  progress since their last visit. They were on their way to  their Christmas lunch. Here they are giving the Signal Box the once over. Julie didn't let them leave until she had frisked them for all loose change. The Shed profits were good today! 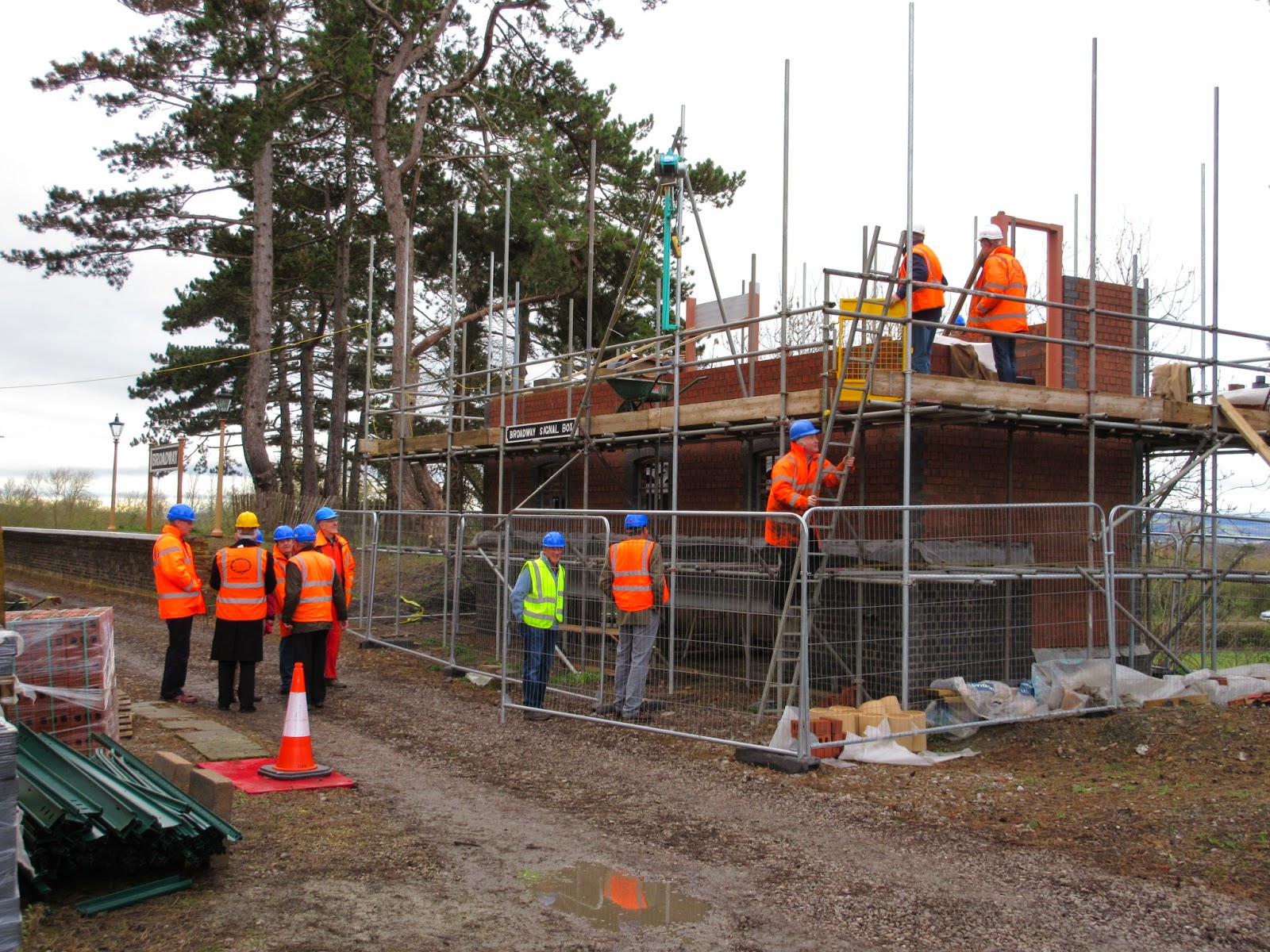