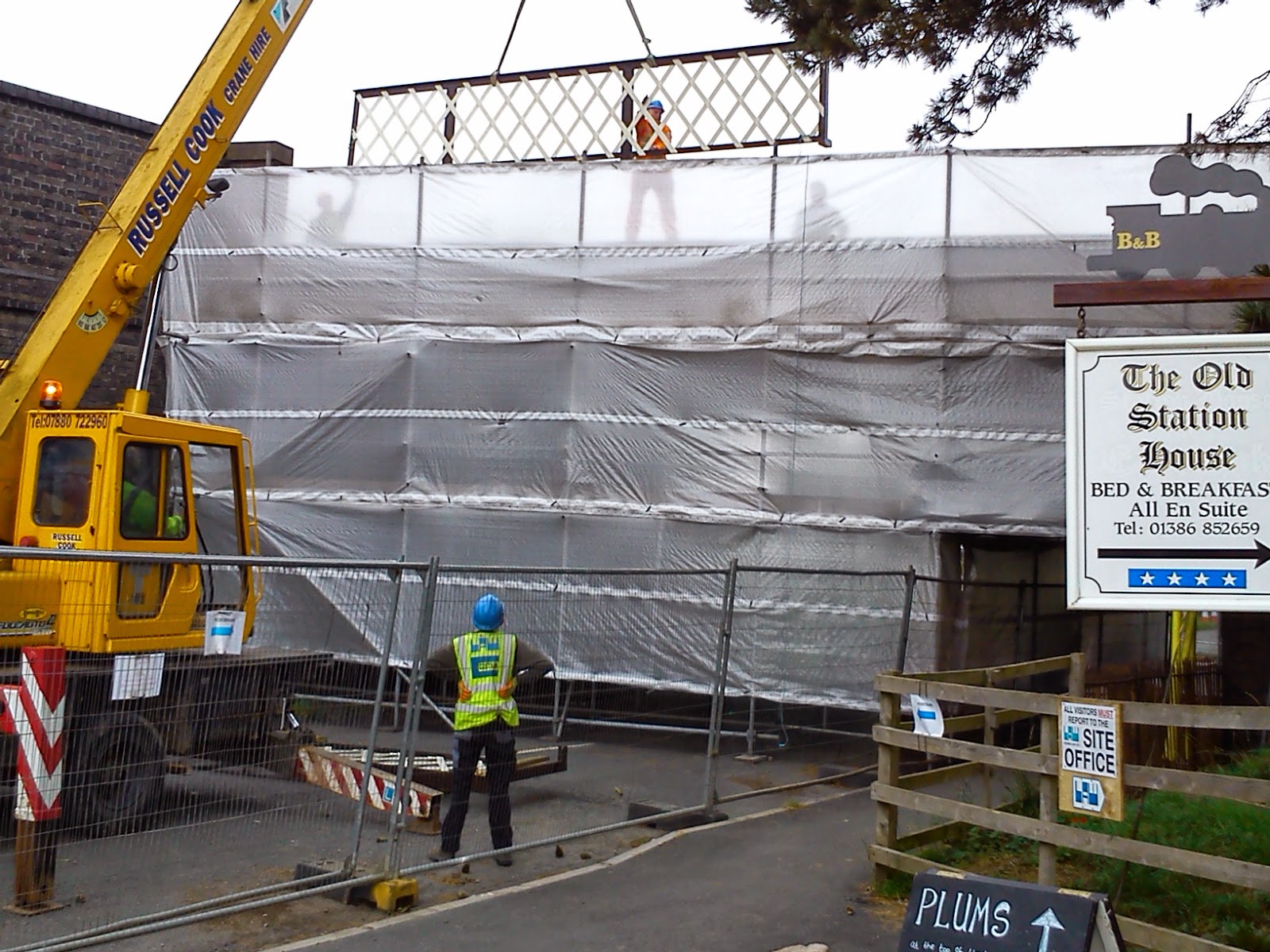 When I arrived this morning such a great sight  greeted me - The balustrades were being installed on the Evesham Road Bridge! 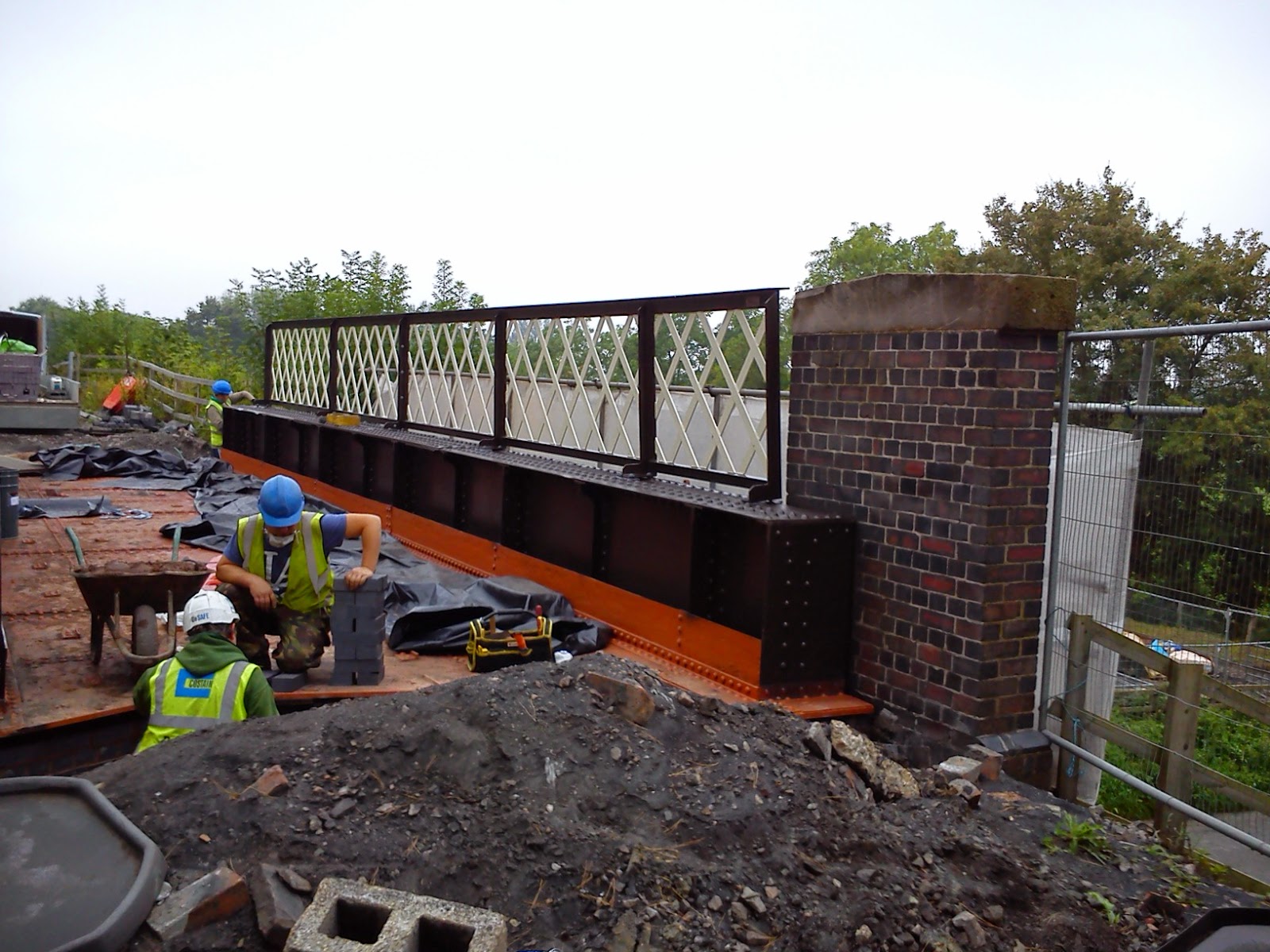 Rod was quicker on the click than me and sent through these two pictures. What a marvellous sight! 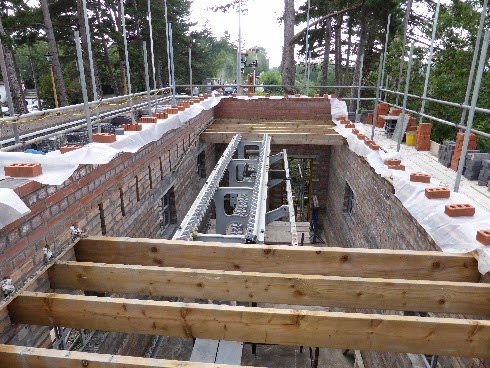 The other great achievement yesterday was the installation of the lever frame  by S & T. Standing on the scaffolding looking across the floor of the Box gave a sense of the size of the frame. 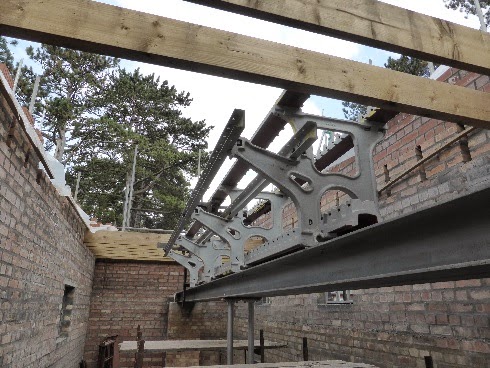 These photos were courtesy of BAG Volunteer Dave H. 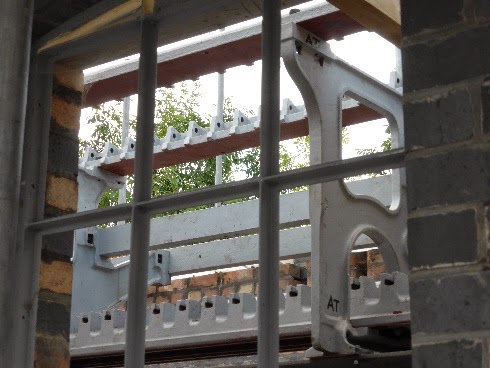 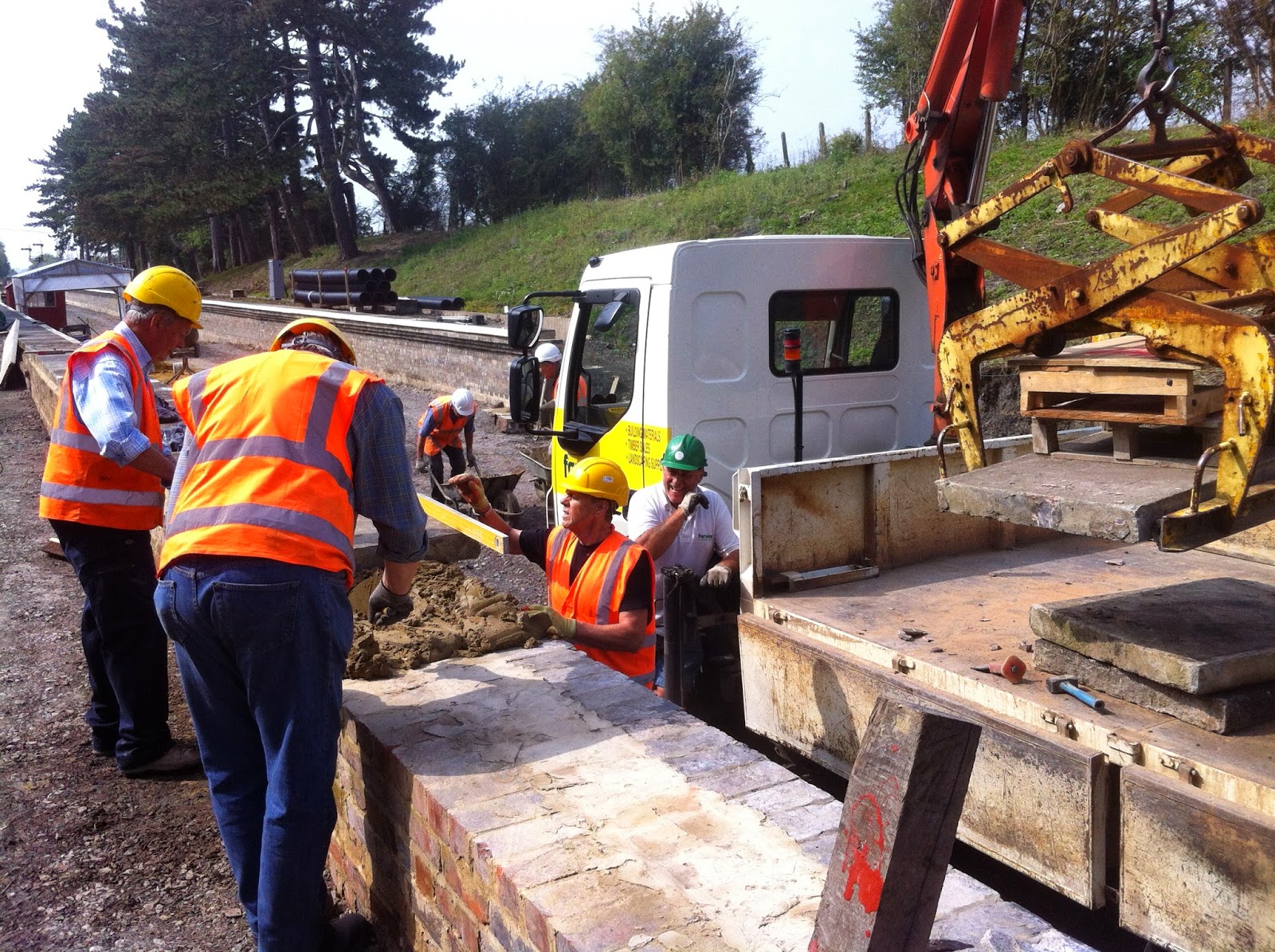 Back on site, a team of 18 volunteers were beavering away.

The pressure job of the day was to lay more coping slabs on Platform 1C. Richard with the Fairview Lorry came along at 10:30 and the slabbing team began work. Rod, Peter H, Terry and Roger B finished the level platform and got halfway up the ramp (not down!). At 1.30 our lorry meter ran out. 10 Slabs were laid, leaving 6 and  a bit to go. 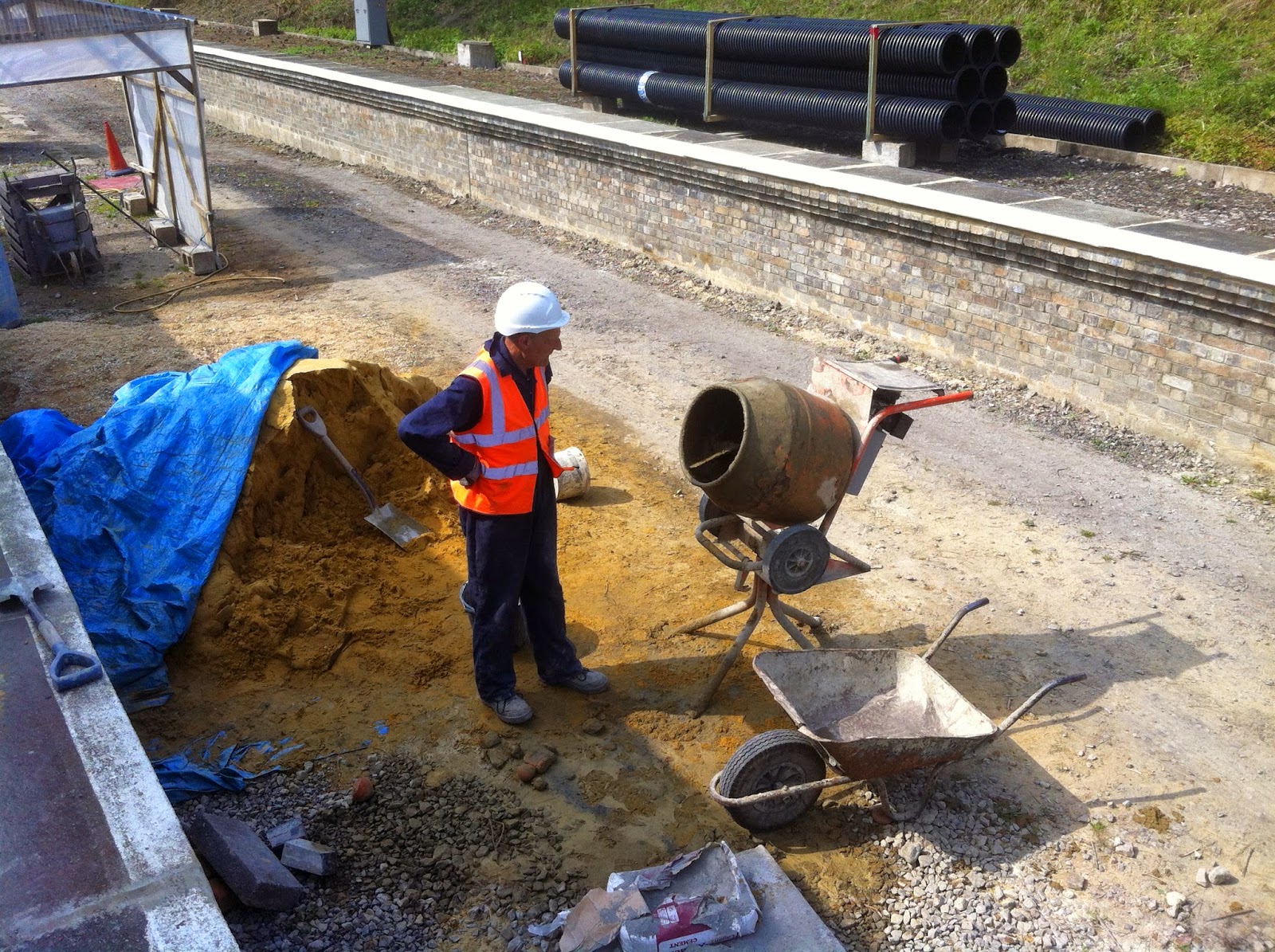 Keith S was on mixer duty - the most skilled and vital job for brick laying. If that goes wrong it all goes wrong! 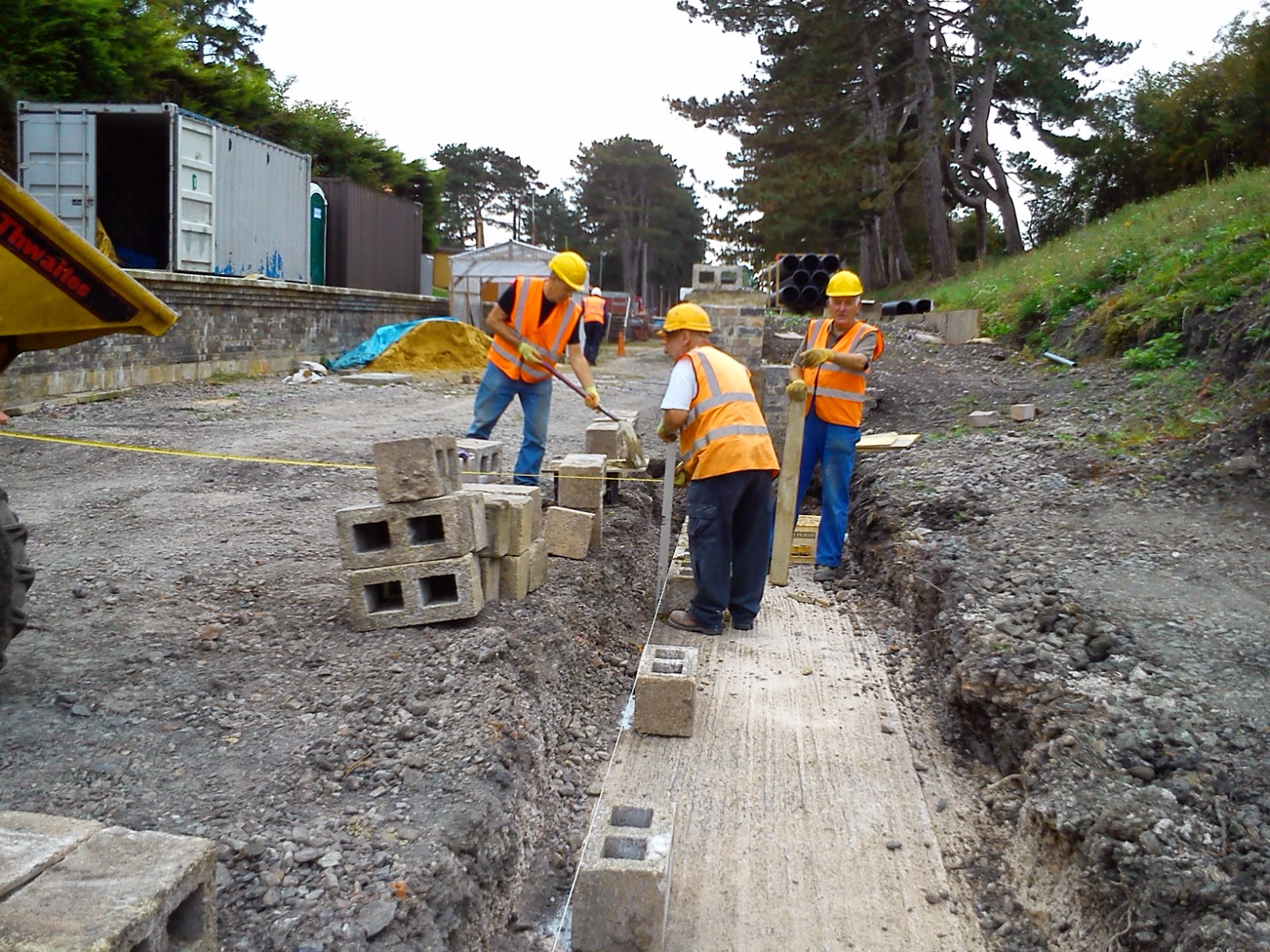 Across on 2C Gord and Roger had set out the line of concrete  blocks for the first course. Clive couldn't resist getting the show on the road by laying the initial pier. 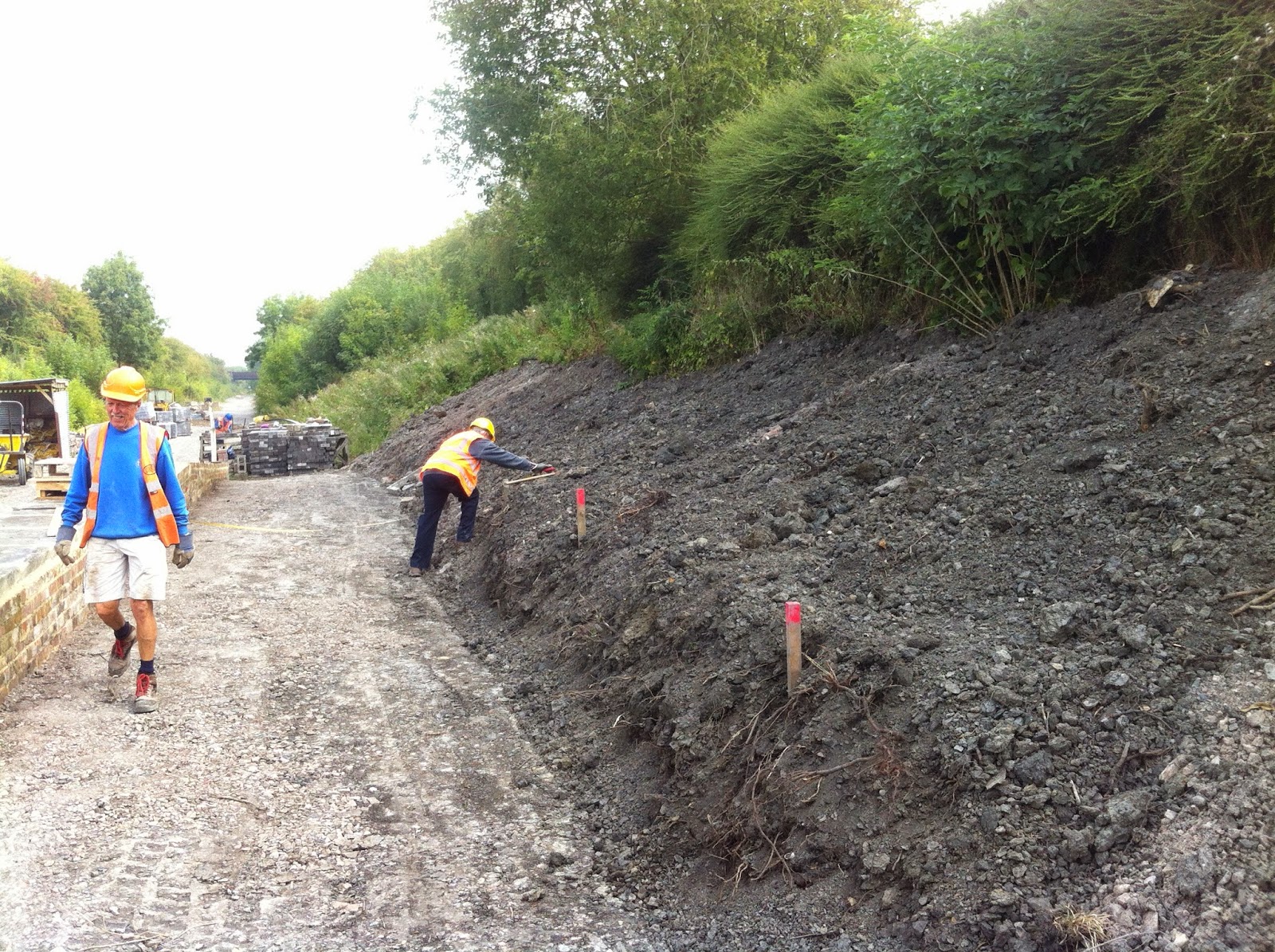 Back to 1C and Peter H and Gord set out the line  of the rear of Platform 1C in anticipation of laying the vertical slabs. The top surface of the infill had previously been rolled by Terry and was a much firmer surface to work from.. Cheers Terry - it was worth the fight with the roller....


The noblest effort behind the scenes today was Peter Q, Dave H, and Brian borrowing the Building Services Truck and  retrieving 2 loads of slabs donated by a generous lady in Redditch.  These slabs are heavy and loading and unloading them to truck flatbed height takes some stamina!

Peter T kept busy all day with his fabrication of the plan storage unit in the Project Office. Thanks Peter.

Chris H and David continued with the brick cleaning today. I have been trying to keep the  secret of success at Broadway out of the public domain, but I'm afraid Chris blew our cover today.... 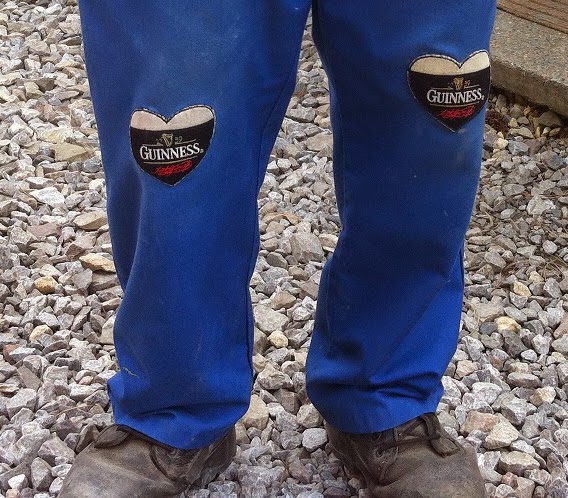 And a few more great bridge shots from Dave.... 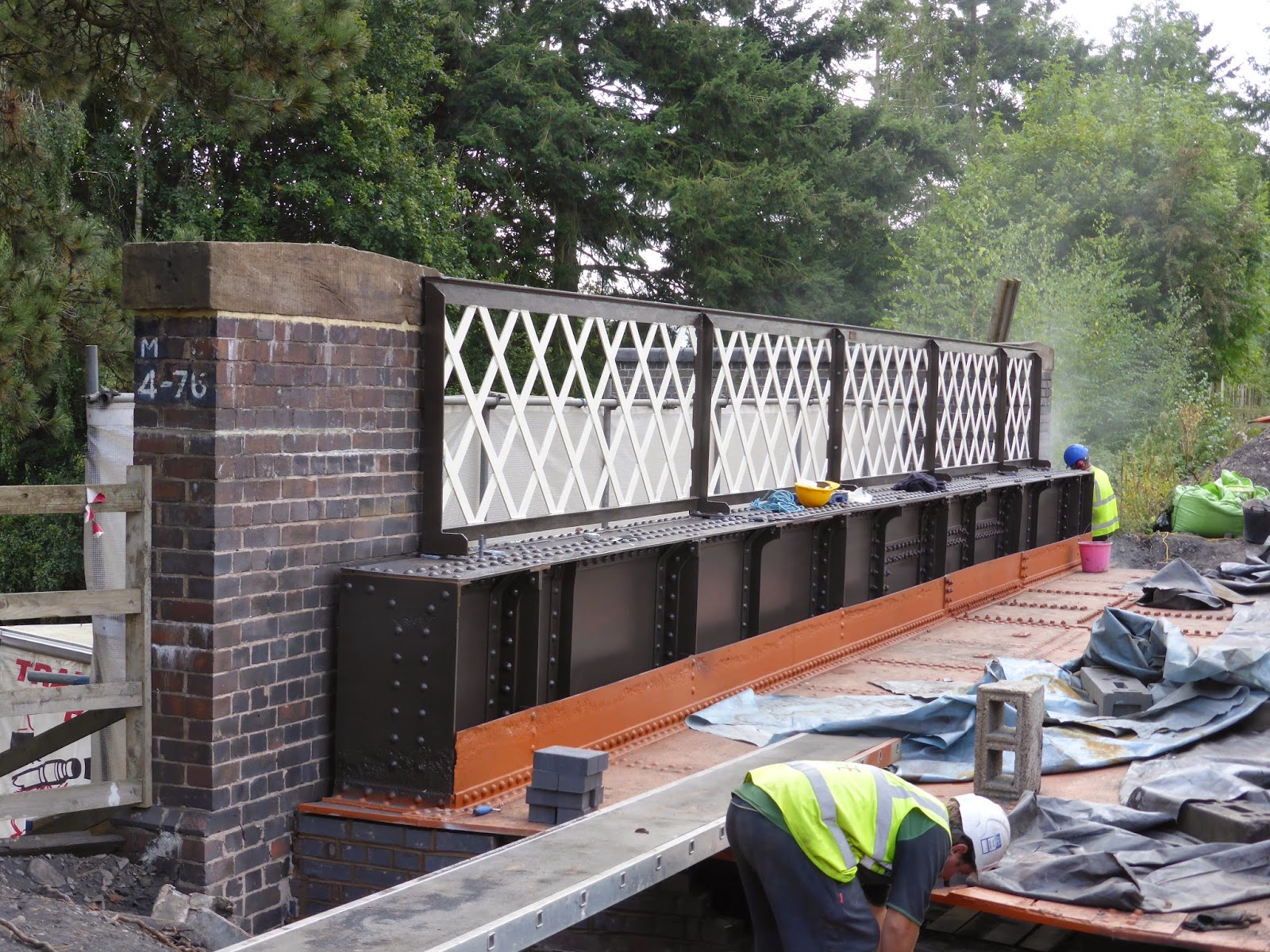 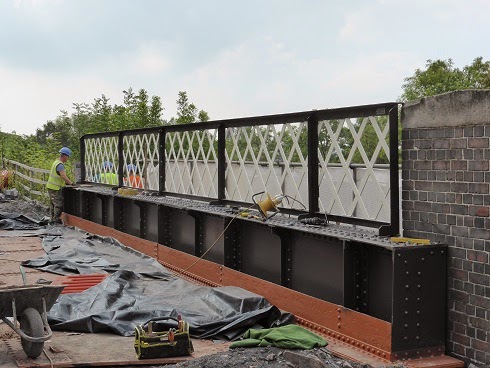 So pleased that someone is recording the bridge works in Jo's absence. Thanks.

Hi bill, looking at the pics it appears the leavers for the signal box will be at the back of the box and not the front? Is that standard? And why is that? To get a better view of traffic when standing at the front of the box looking out the windows ?

I hope that when everything is all done and dusted, trains running and station completed, that you consider a permanent display of names and
'hand-prints' set in concrete, somewhere on the station. So all who took part in the rebuild, are featured on it. With the date of the topping out ceremony on it.

It would be a fitting tribute to all those who have helped and would last for ages.