A slightly more relaxed day today, with 11 volunteers on site, all tackling a variety of jobs. The Signal Box Team were having a day off today but will be back to tackle the guttering fitting on Wednesday - and of course the slates after that! 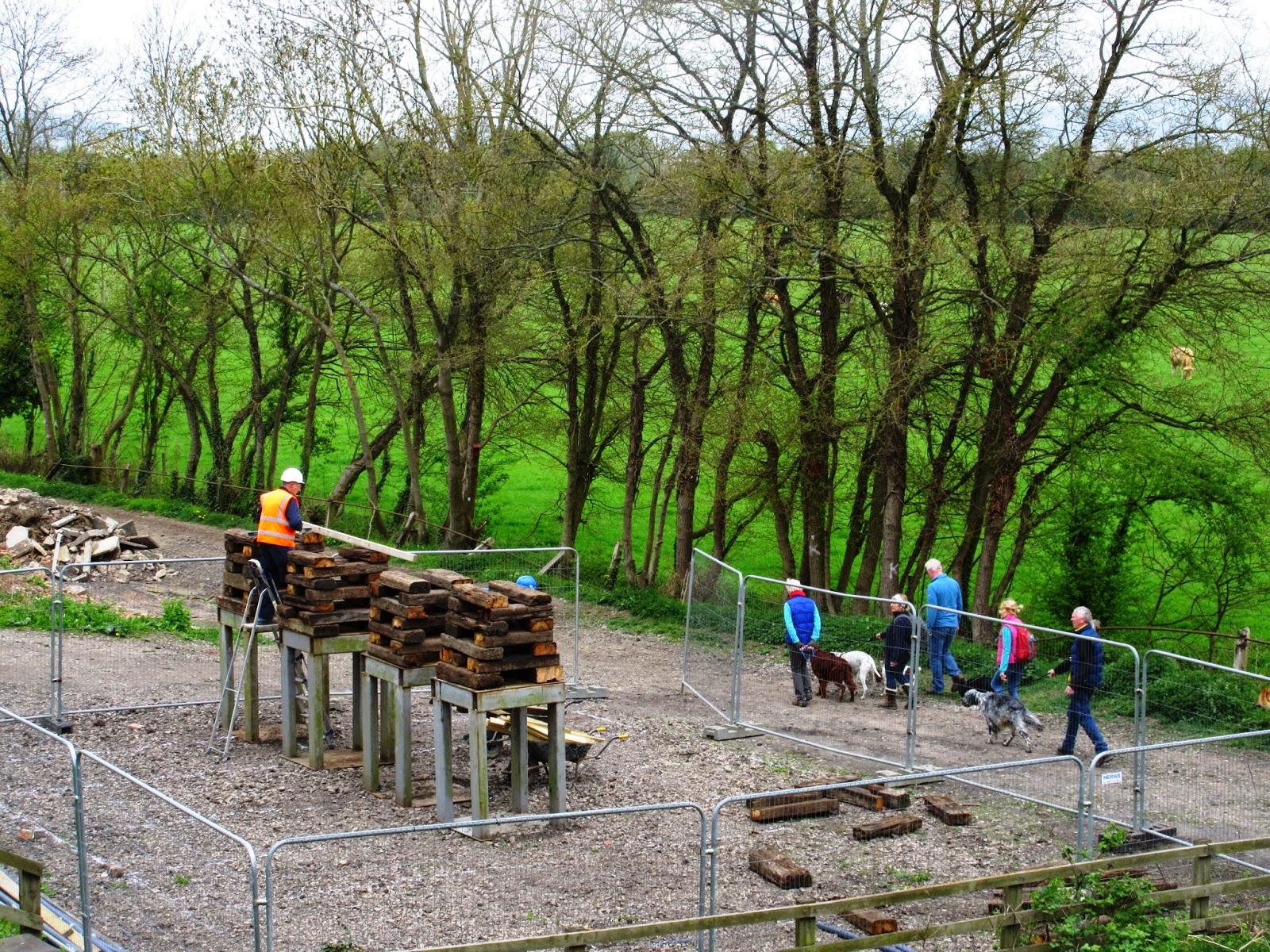 In the meantime work continued on planning for the receipt of the footbridge steps. Here Jim and Keith S are carrying out the final levelling of the  stools, in anticipation of the  steps arriving shortly. I think we could have earned a bit of money, with passing walkers paying to guess what the purpose of the stools and sleepers were. They were certainly curious! 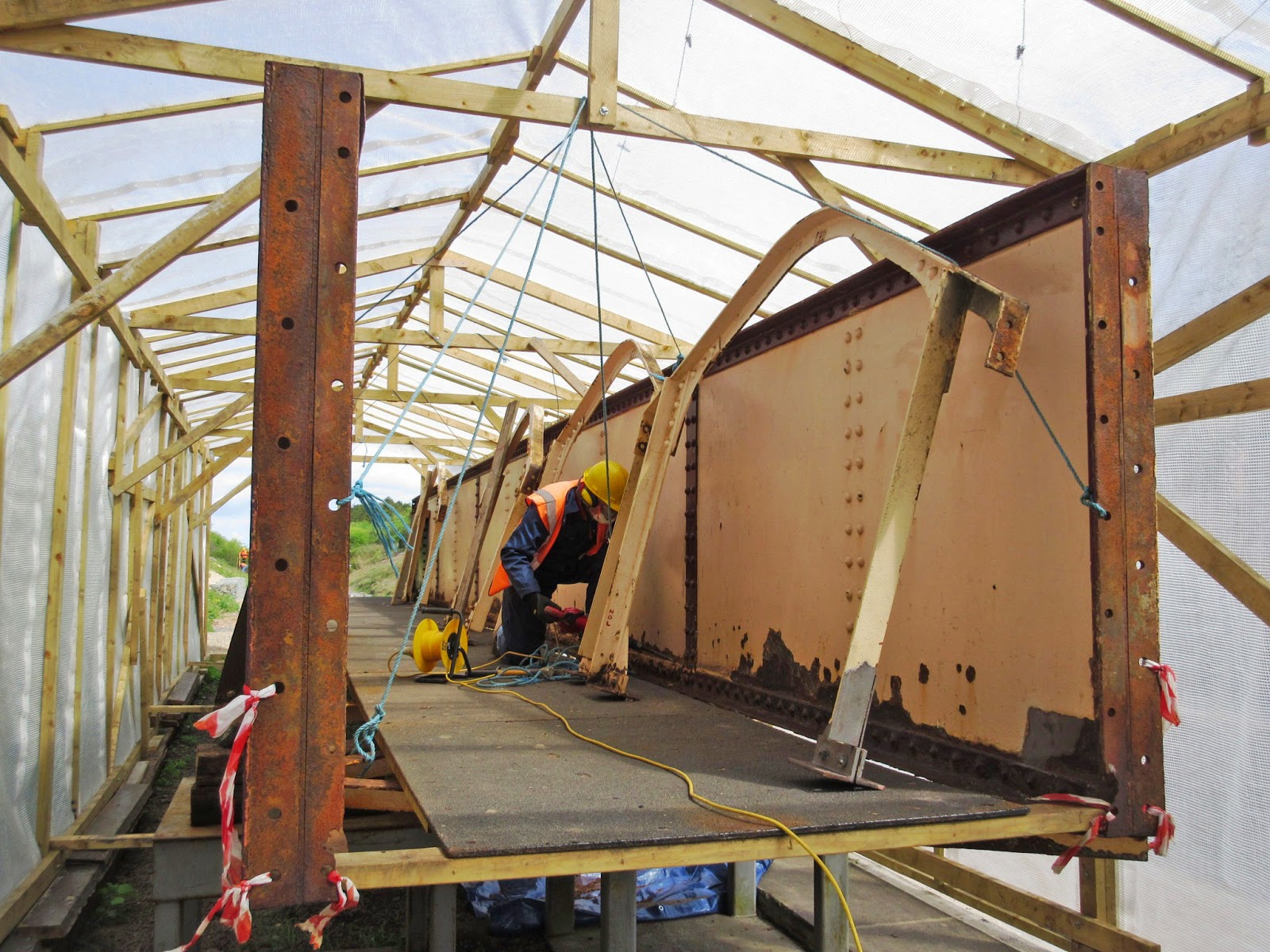 Keeping with the footbridge, north of the platforms, Roger J was continuing to chip off the worst of the rust with the Hilti along the footbridge span. Our neighbours are being particularly tolerant at the moment - apologies for the noise! 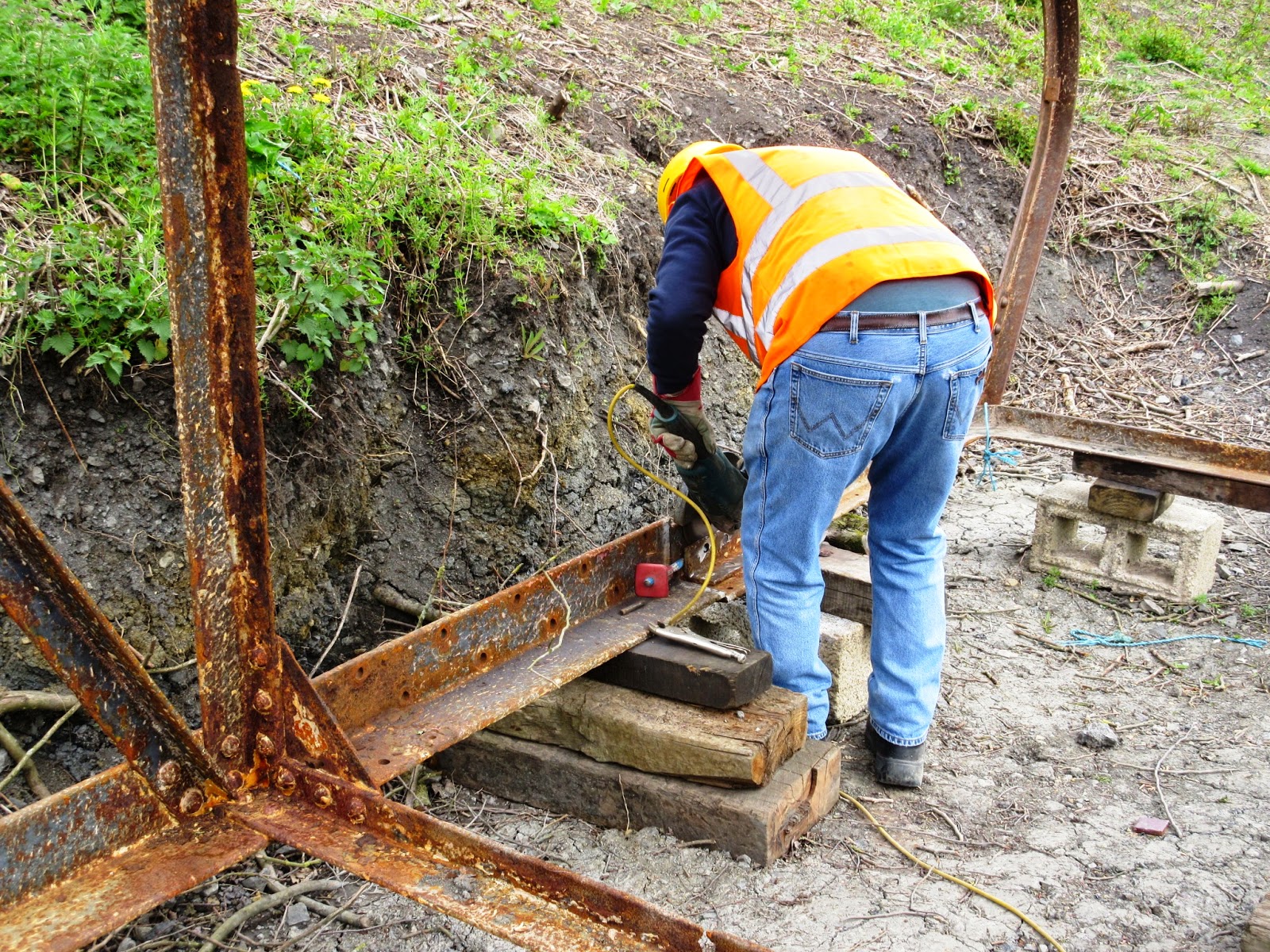 Whilst further north still Peter K was working away at removing the hoops from the footbridge towers. Peter had some success, managing to remove one side of the hoop. A slow but sure job. 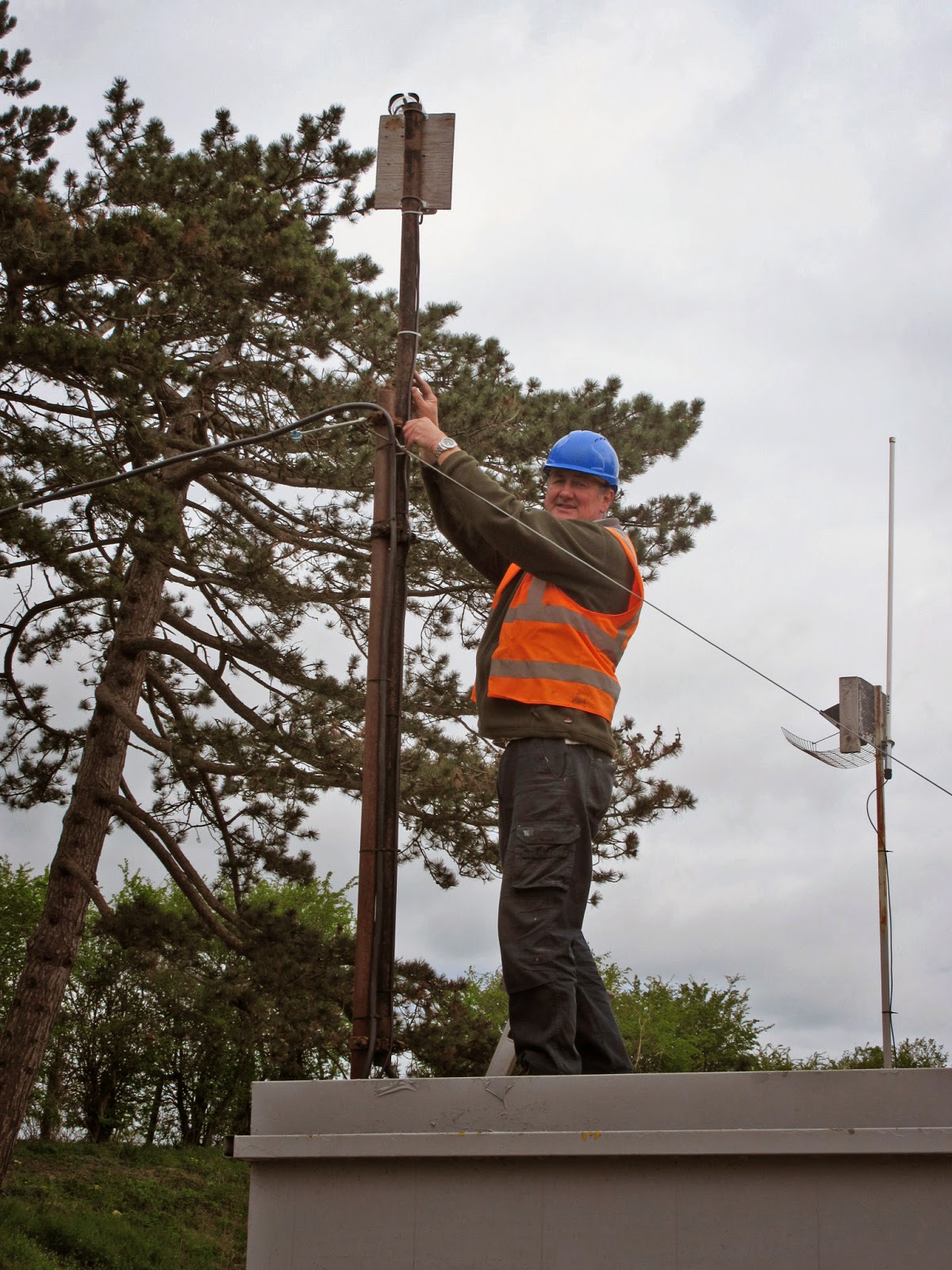 I have been re wiring and re configuring the security cameras over the past few weeks with the help of Dave H.
Here, Dave is rewiring the camera, which was subsequently remounted. They are all much more stable now! 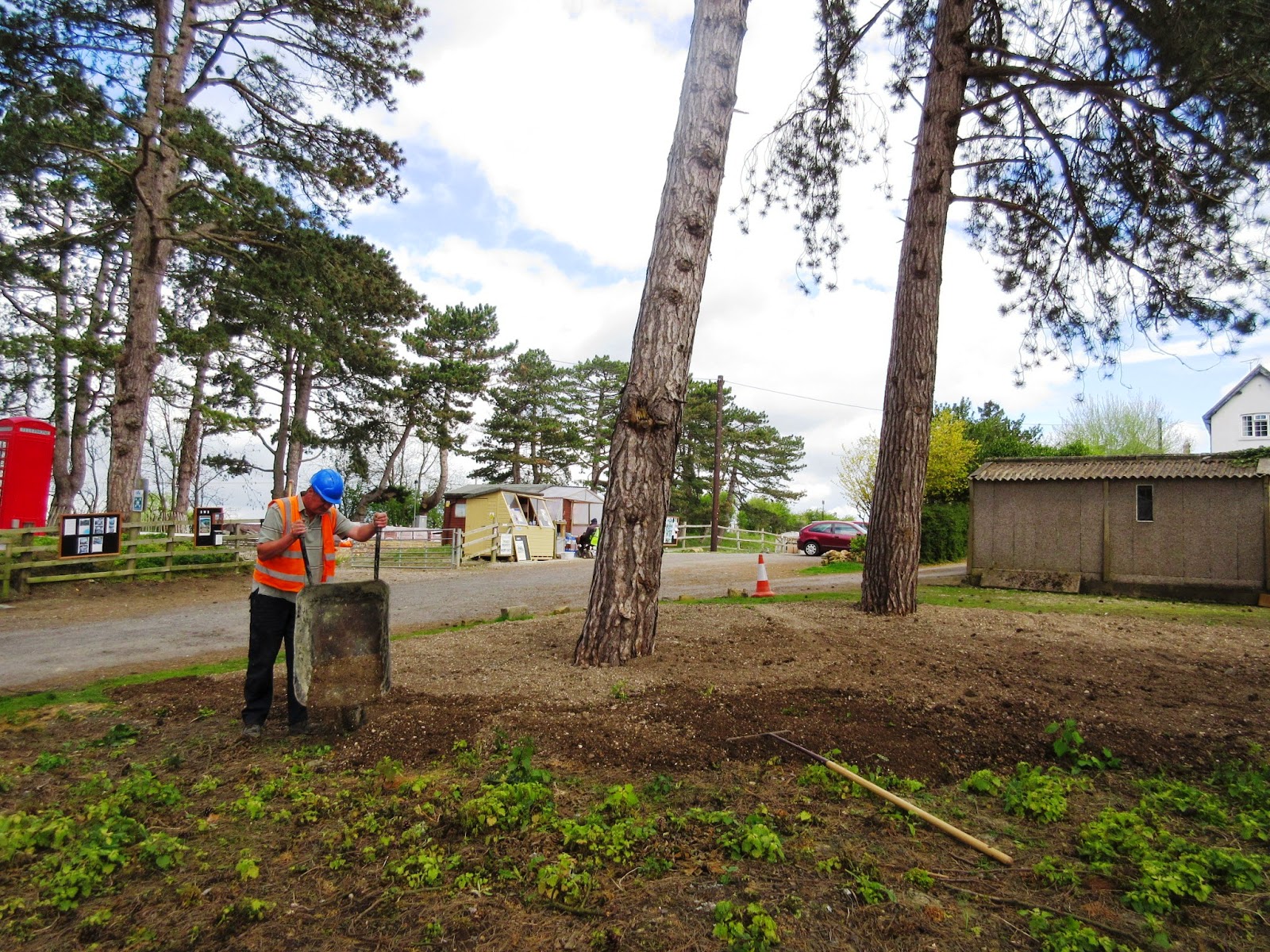 Down in the driveway more topsoil is  being spread by Jo and Dave H in order to grass seed the area. 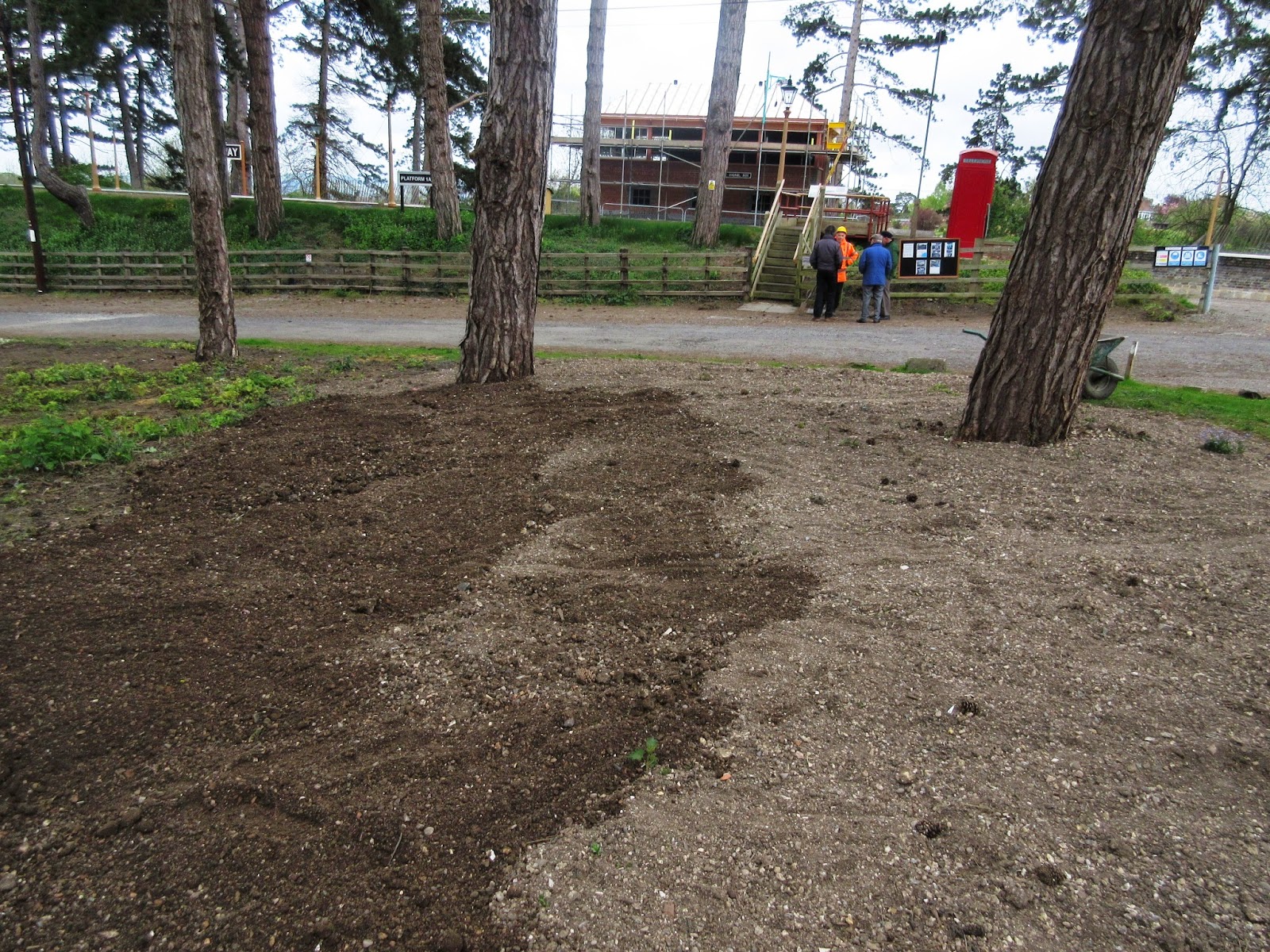 You can  see the finished result here. Dave B in the background, continued to tidy up the drive. He was able to ease his back by chatting to the many visitors that came today - Jim B did quite nicely at the Shed!

Talking of doing nicely John Blofield was over at the  Wartime in the Cotswold Event, running a stand, and doing his best to to keep the Broadway Project in the public eye.