Just a few lines to illustrate our participation in the volunteer recruitment fair this weekend. The Broadway Area Group had a stand both days, and met many interesting people. It's not just the potential volunteers you meet, but useful contacts from various industries, as well as volunteers from other departments that you have been meaning to ask something. So a fruitful day all round, and Recruitment Director Philip Young was in high spirits at the end of the weekend; the results were very pleasing, we heard. 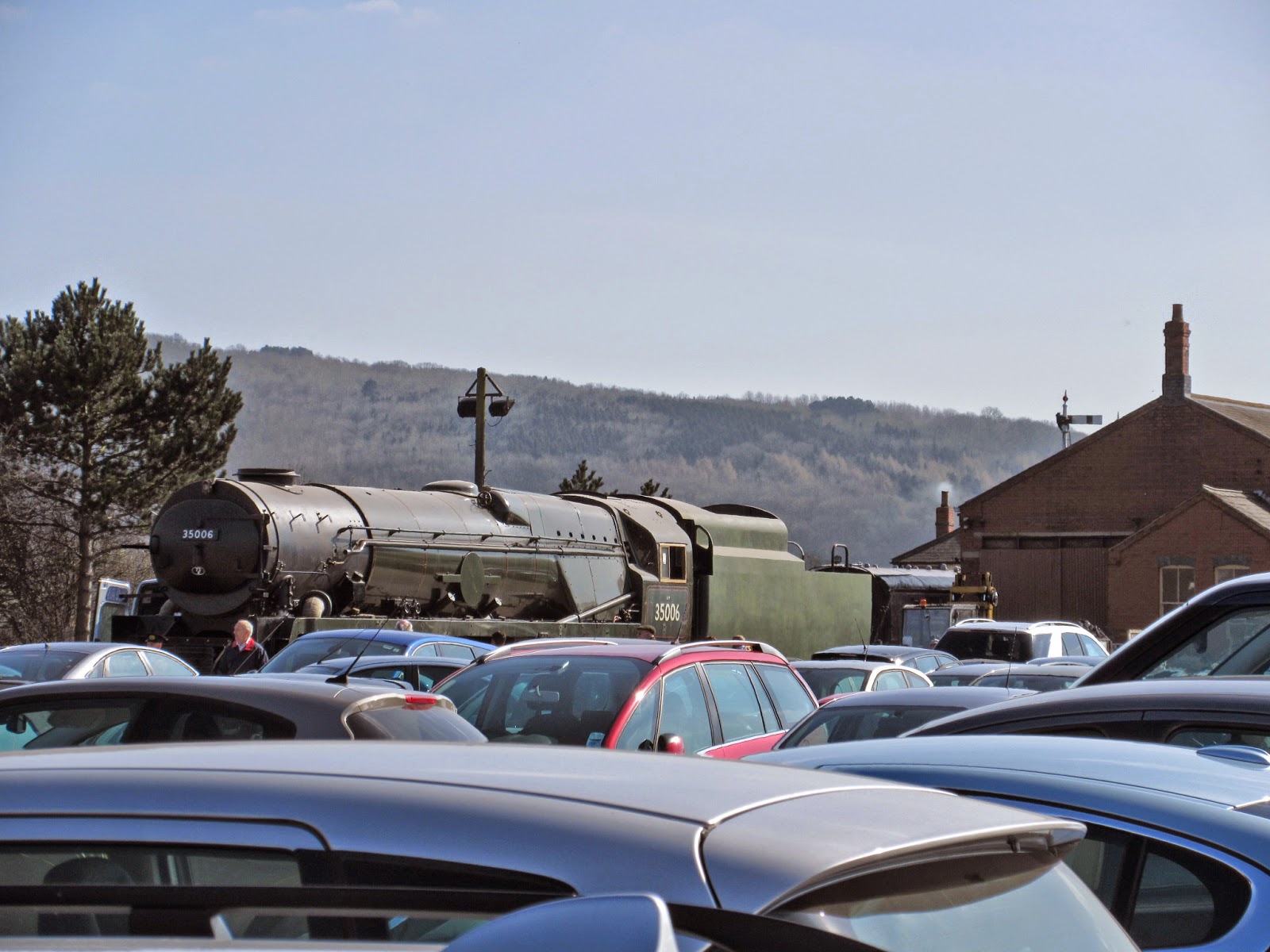 We didn't of course see a tally for the two days, but a look at the car park at lunchtime already gave you an idea that there were plenty of people about. Poor old P & O had to fight her way into a spot to be seen. But what a magnificent beast ! 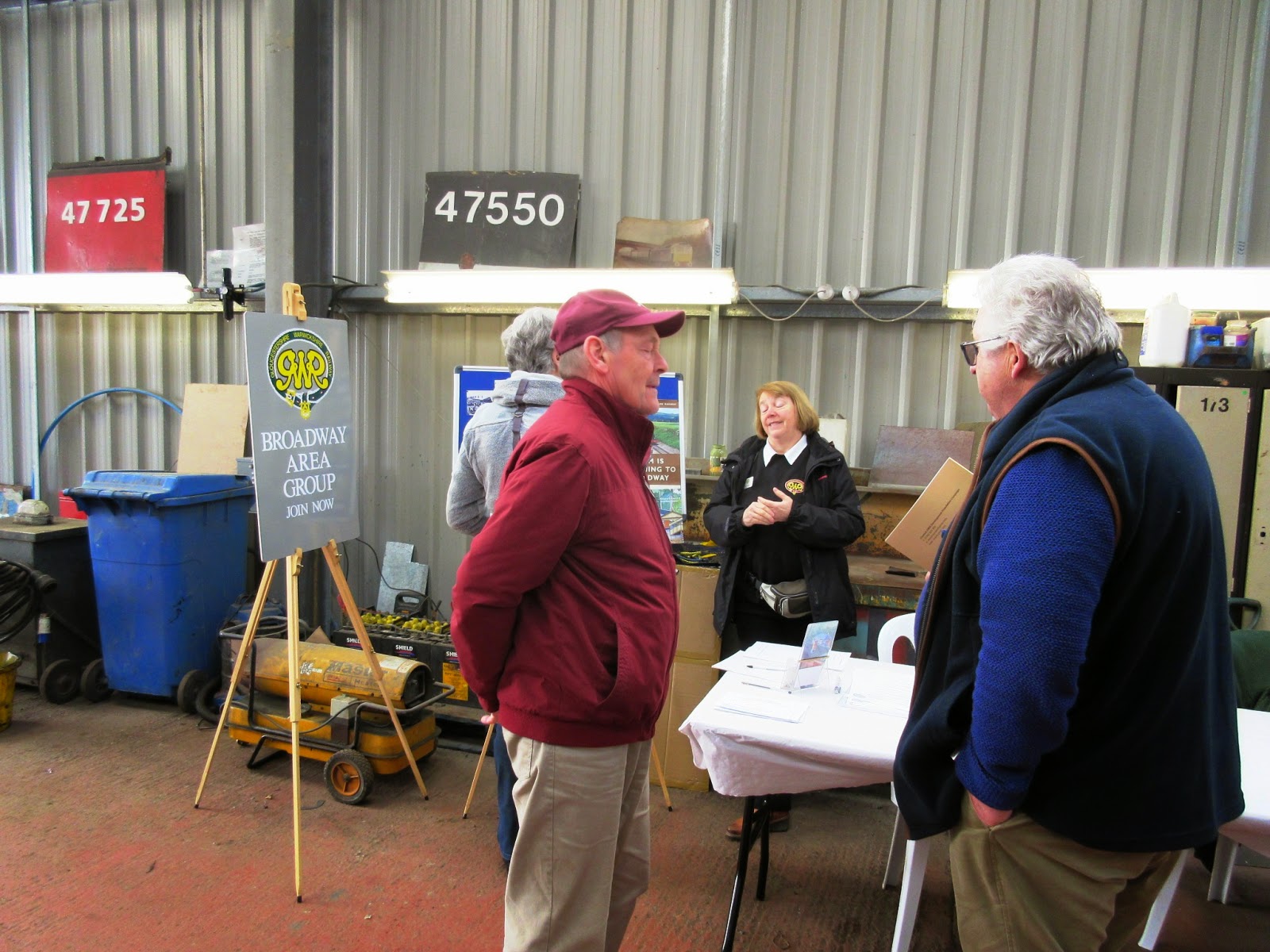 BAG's little stand was inside the diesel shed at the far end. Here is Paul giving an outline of our activities and volunteer opportunities, while in the background Mrs. Blogger is singing the praises of booking clerks. Indeed, while people often approached our stand to ask about Broadway, we found ourselves acting as ambassador for any part of the railway, depending on the strengths and preferences of the people we spoke to.
It was cold in the diesel shed (5 degrees first thing this morning) but after a while a class 37 was drawn outside, and we warmed up a bit as the sun began to shine in. 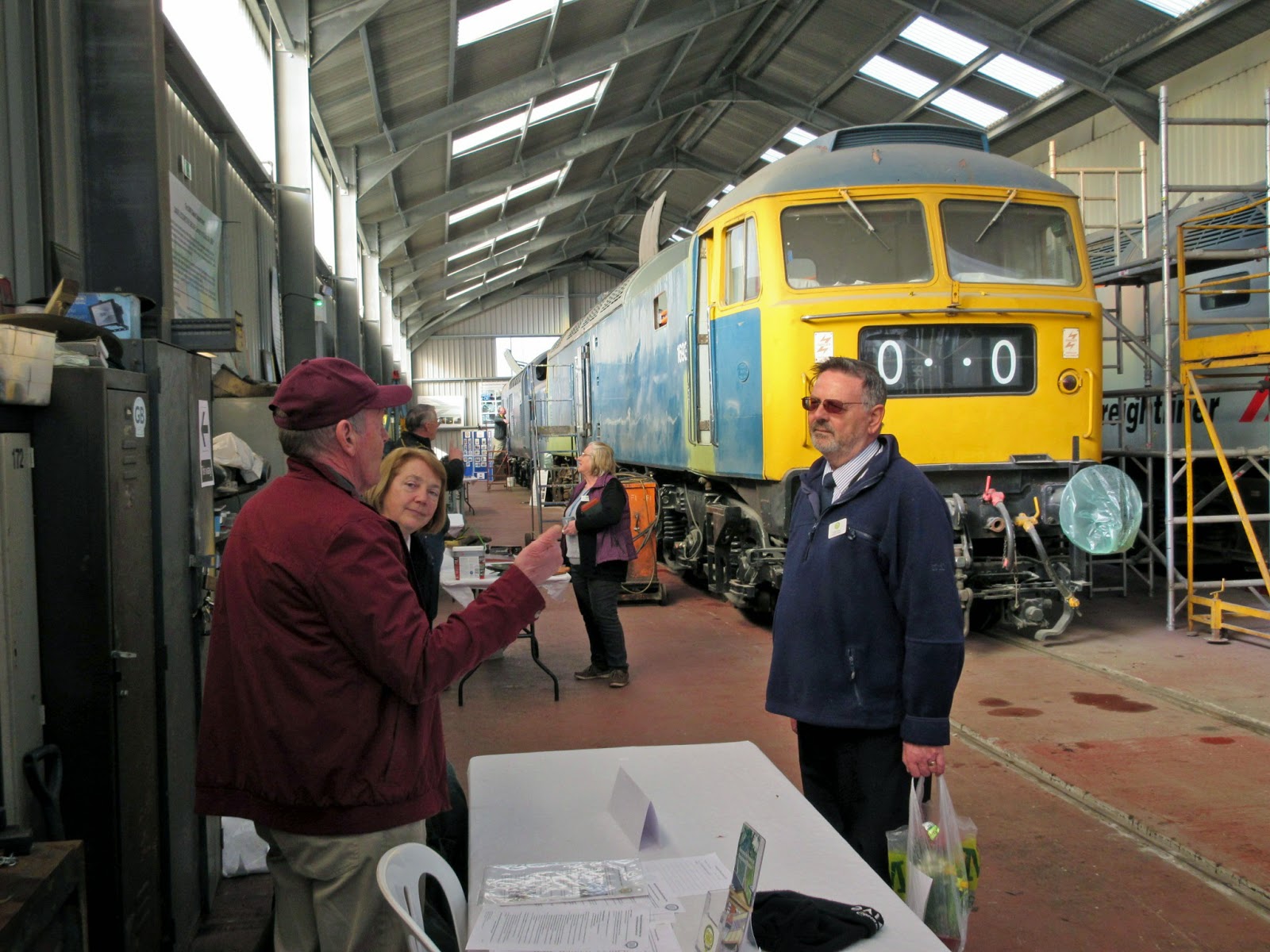 Paul was very enthusiastic, and even tried to recruit people from other GWSR departments! That's Chris, from the Friends of Toddington you're trying to convert there! Hold on there, Paul.

Among the people we met today were a NR manager, someone with electrical skills, someone in the building trade who advised us about slates, a metallurgist with experience of corrosion, and a retiring NR signalman who would like to work at Broadway. Useful contacts there, and several new volunteers for us with skills. 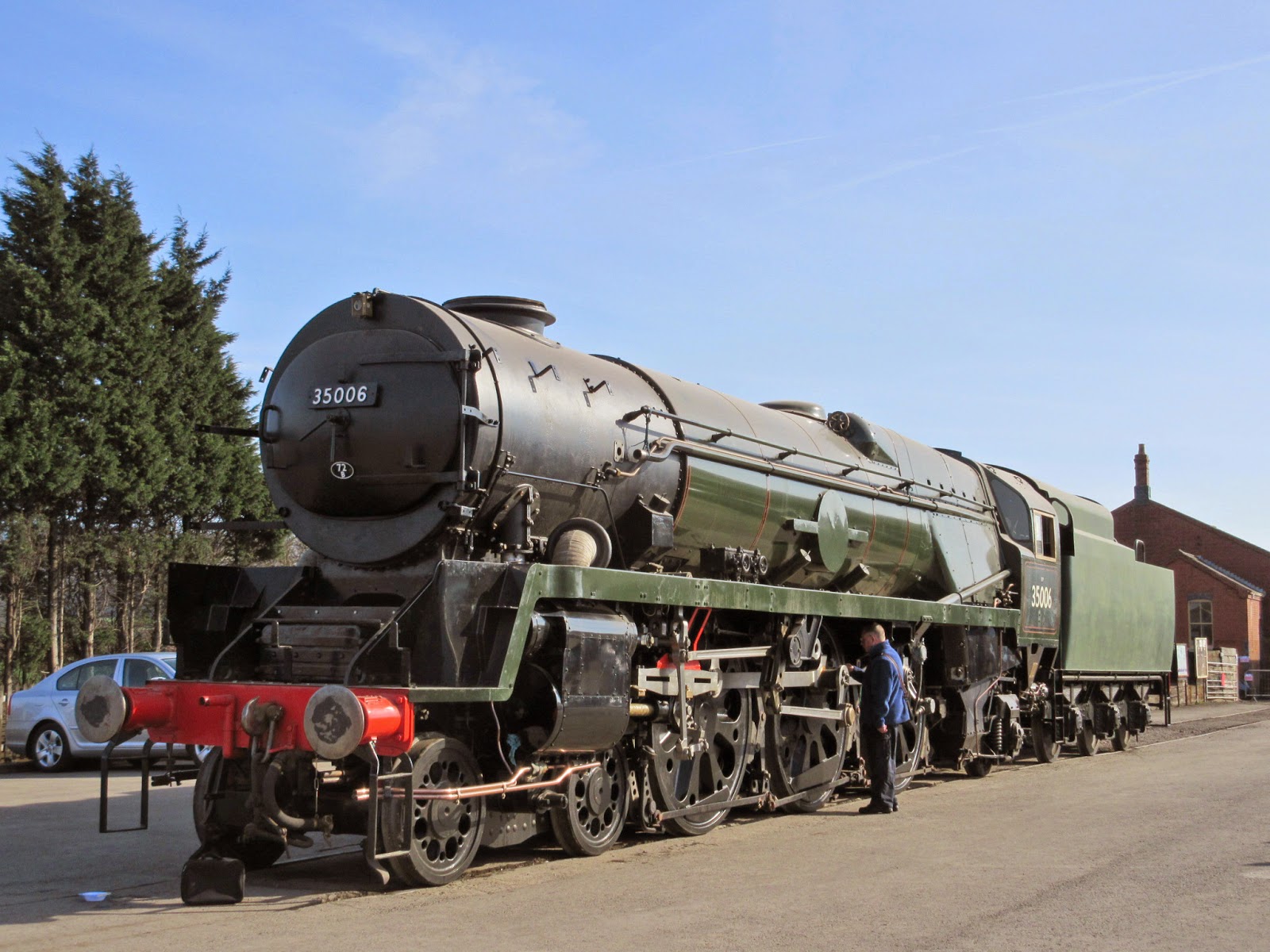 Outside, P & O had at last managed to get some breathing space. Two RAC vans then drew up next to her, and the RH motion seemed to attract quite some interest from the patrolmen. Wouldn't start, we suppose. Better to be a member than call for help at the roadside! 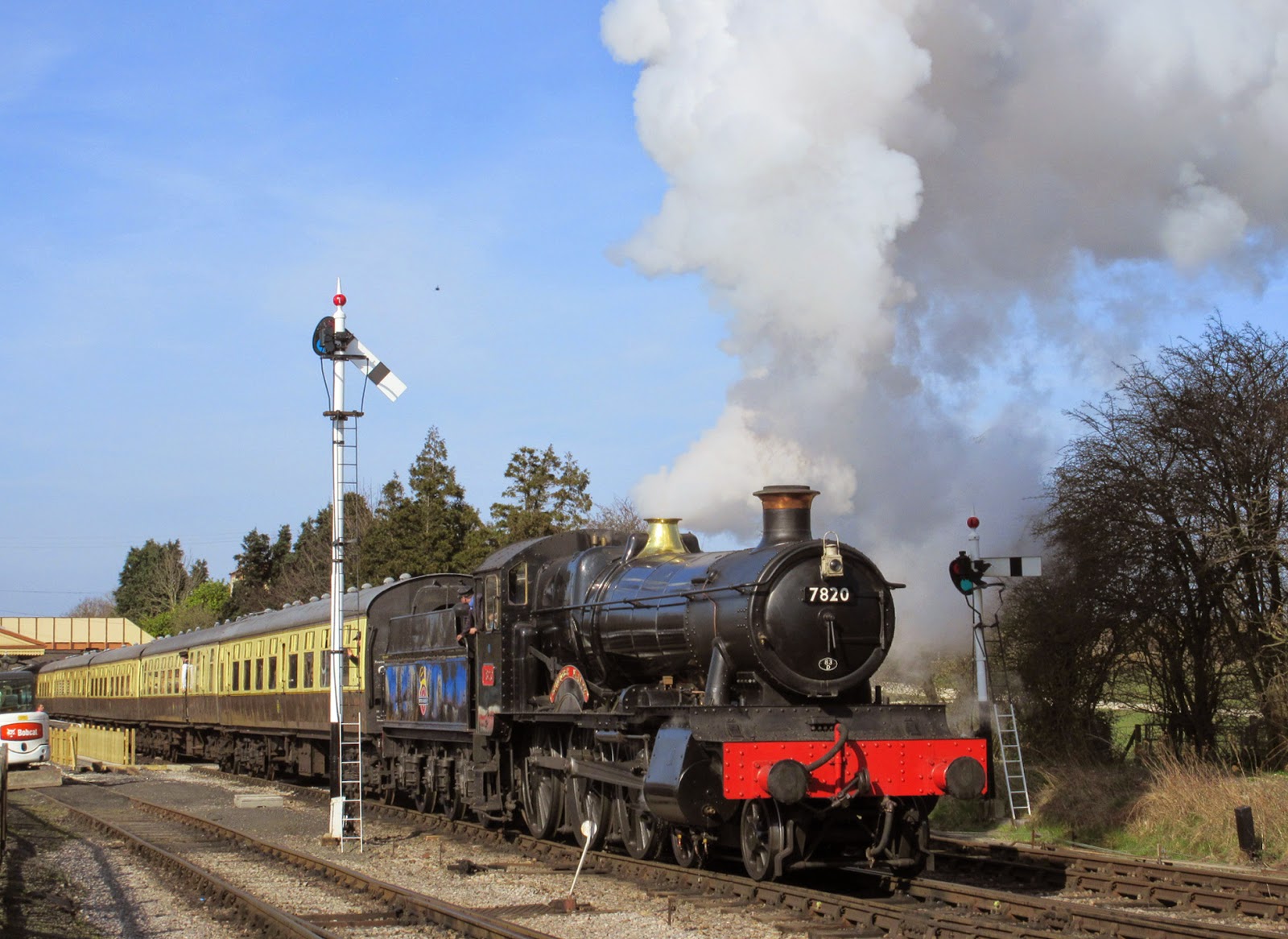 Towards the end of the day we were treated to a fine departure by Dinmore Manor. An excellent day for us all.
Posted by Jo at 17:31

Good to see you still have the railway bug! Hope all's well with you. Alan C

I'm a bit mystified by this comment - is it addressed to me? I know several Alan C's....