I said there is a busy week ahead and it started today!  Whilst 6 of us were closeted in the conference room at Toddington on a BAG Committee Meeting, a Team of 5 volunteers were at Broadway on standby waiting for the  footbridge towers to arrive from Wishaw.  It was a masterly piece of logistics planned by  Jim Hitchen. Even with best laid plans, delays happen and the stalwarts on site busied themselves with jobs in hand. Rod kindly sent me this report:- 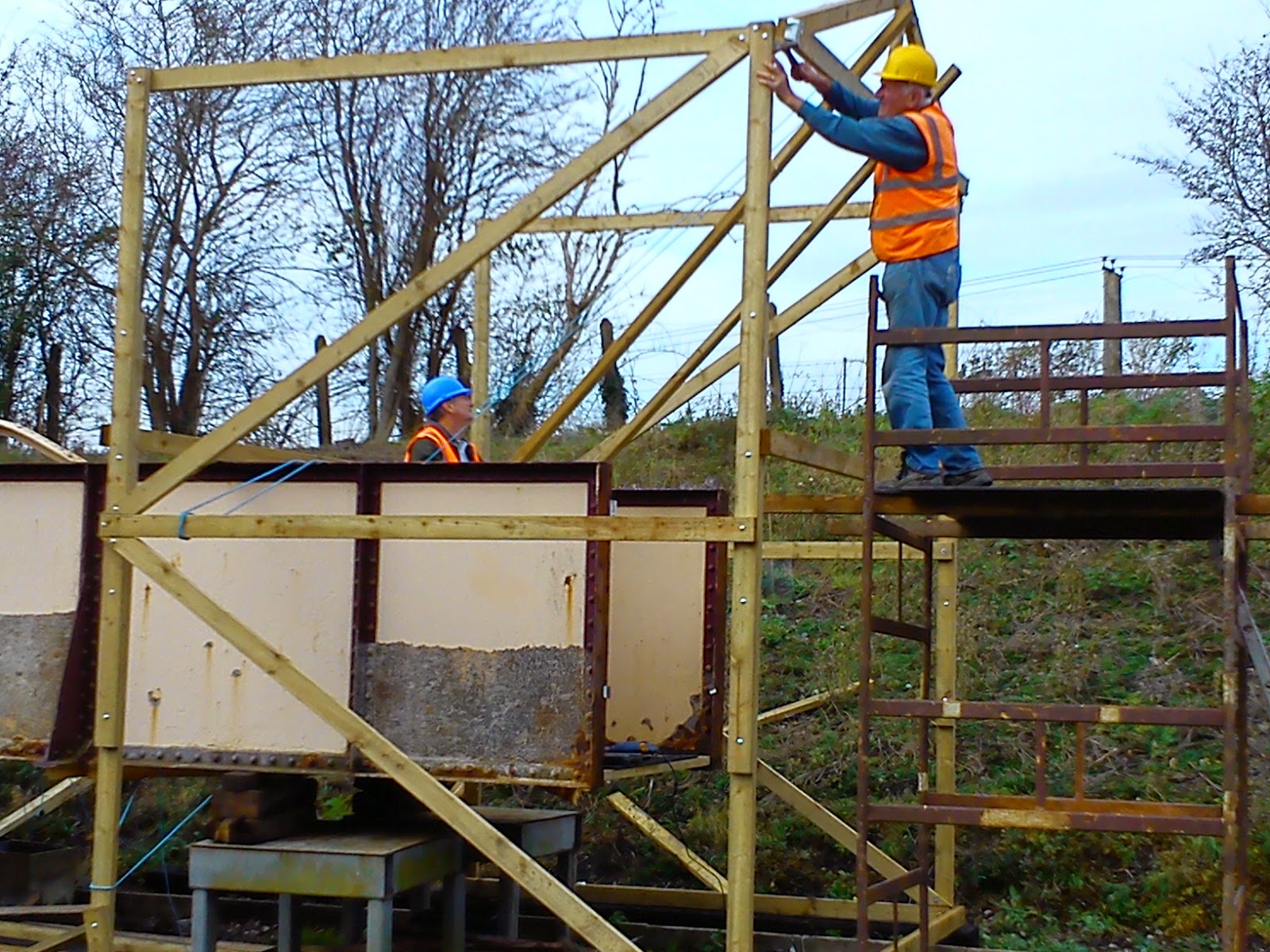 Thought you might like a couple of pics from earlier today. You will have heard about the bridge problems, so while we were waiting, Vic did some more on the boundary fence. Steve and Dave did some clearing up on the embankment and then helped Peter with the bridge shelter.

Meanwhile Mike and myself mended the recoil on the mixer, a punctured wheelbarrow and drilled and bolted the frame of another. 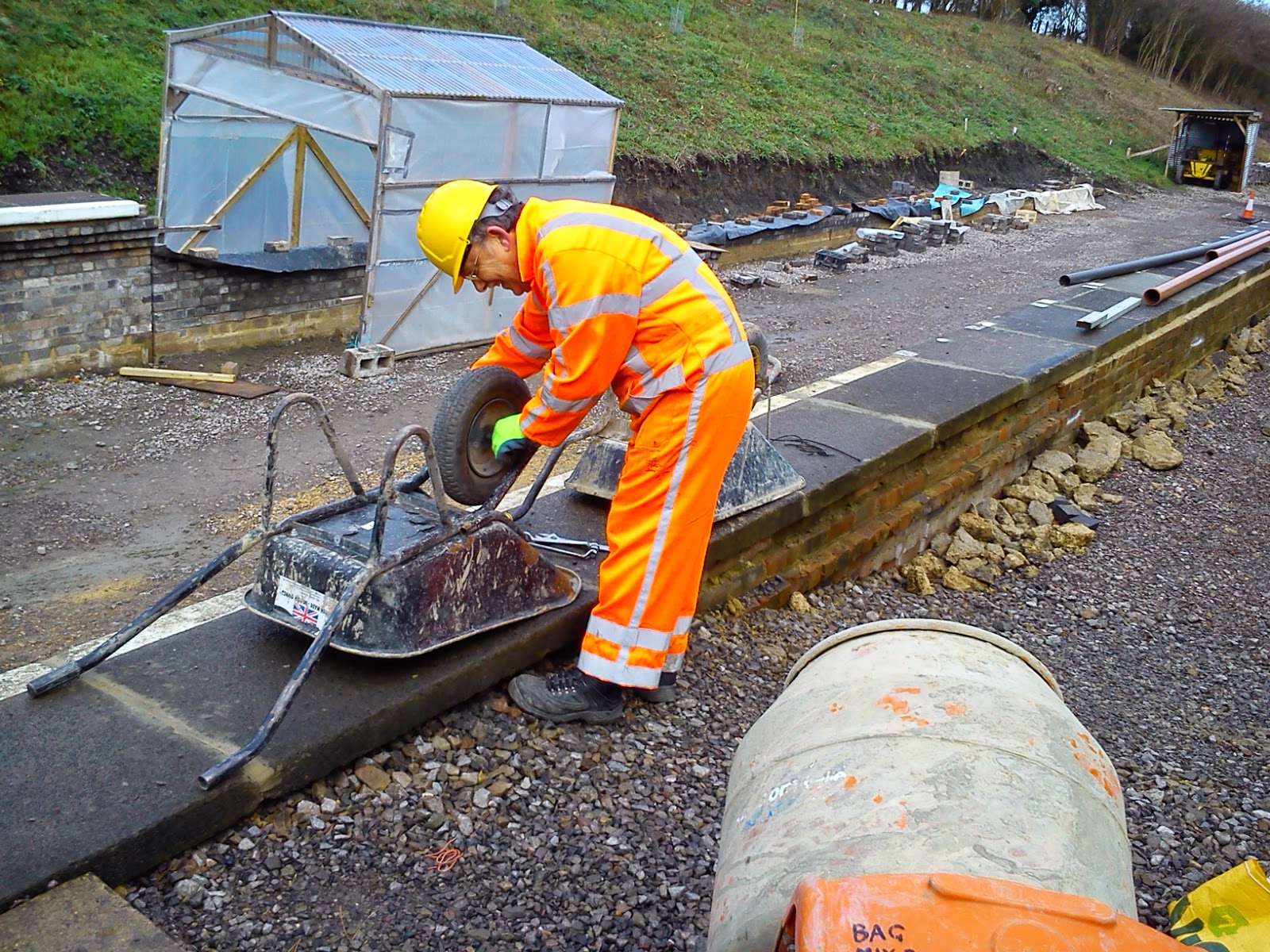 After lunch we had the brushcutter on the embankment and cleared some more. Then the bridge parts arrived and again Vic Haines did us proud, how the driver managed to reverse that in I don't know, skill indeed. See you Wed's
Rod 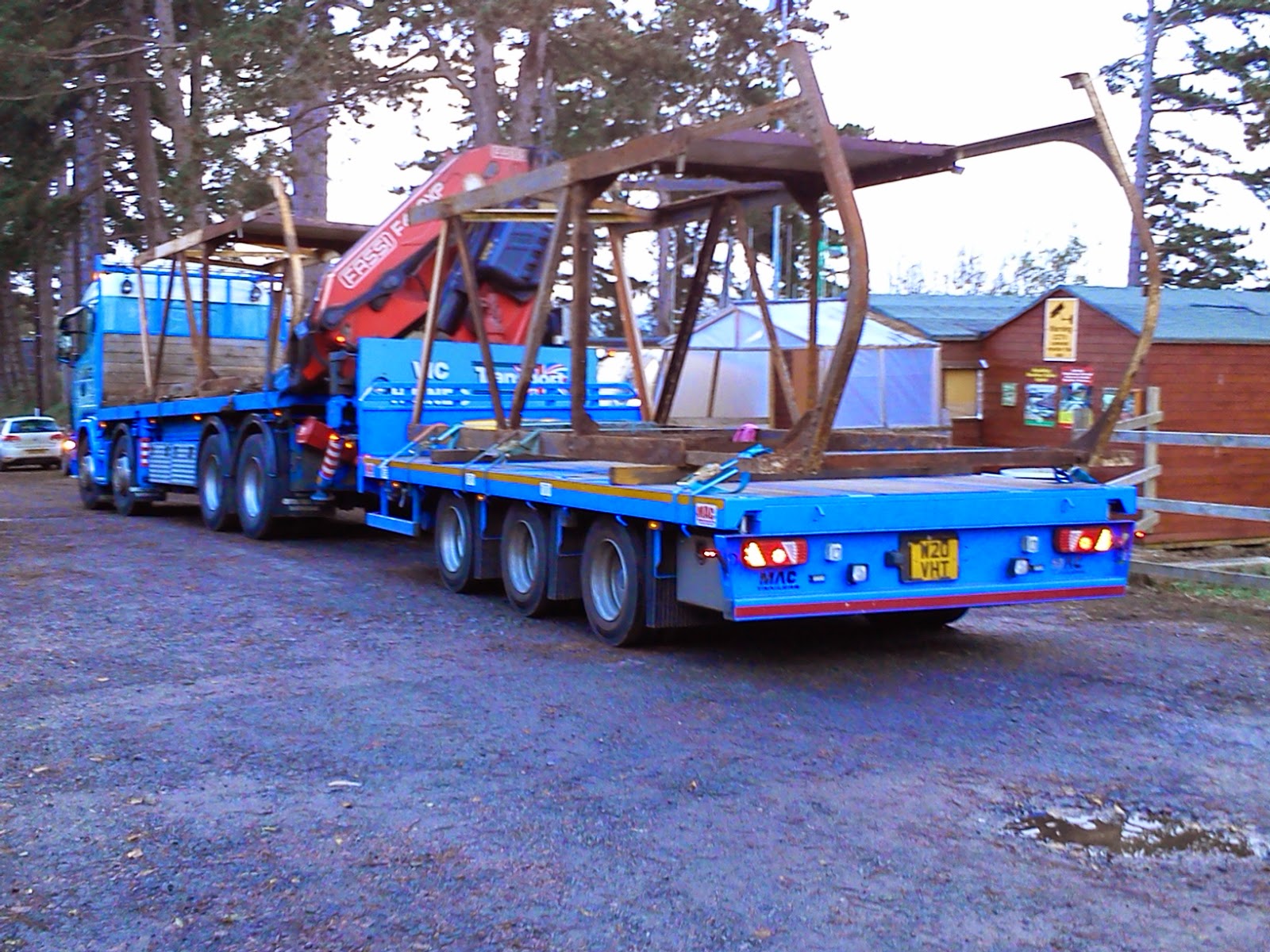 Our roving correspondent Jo called in by at the end of the day and captured a few extra moments.

A great job by all concerned. Thank you.
Posted by Bill at 19:50

Thank you - it was so gloomy, I had to rest the camera on a scaffolding pole. And it was only four o'clock !