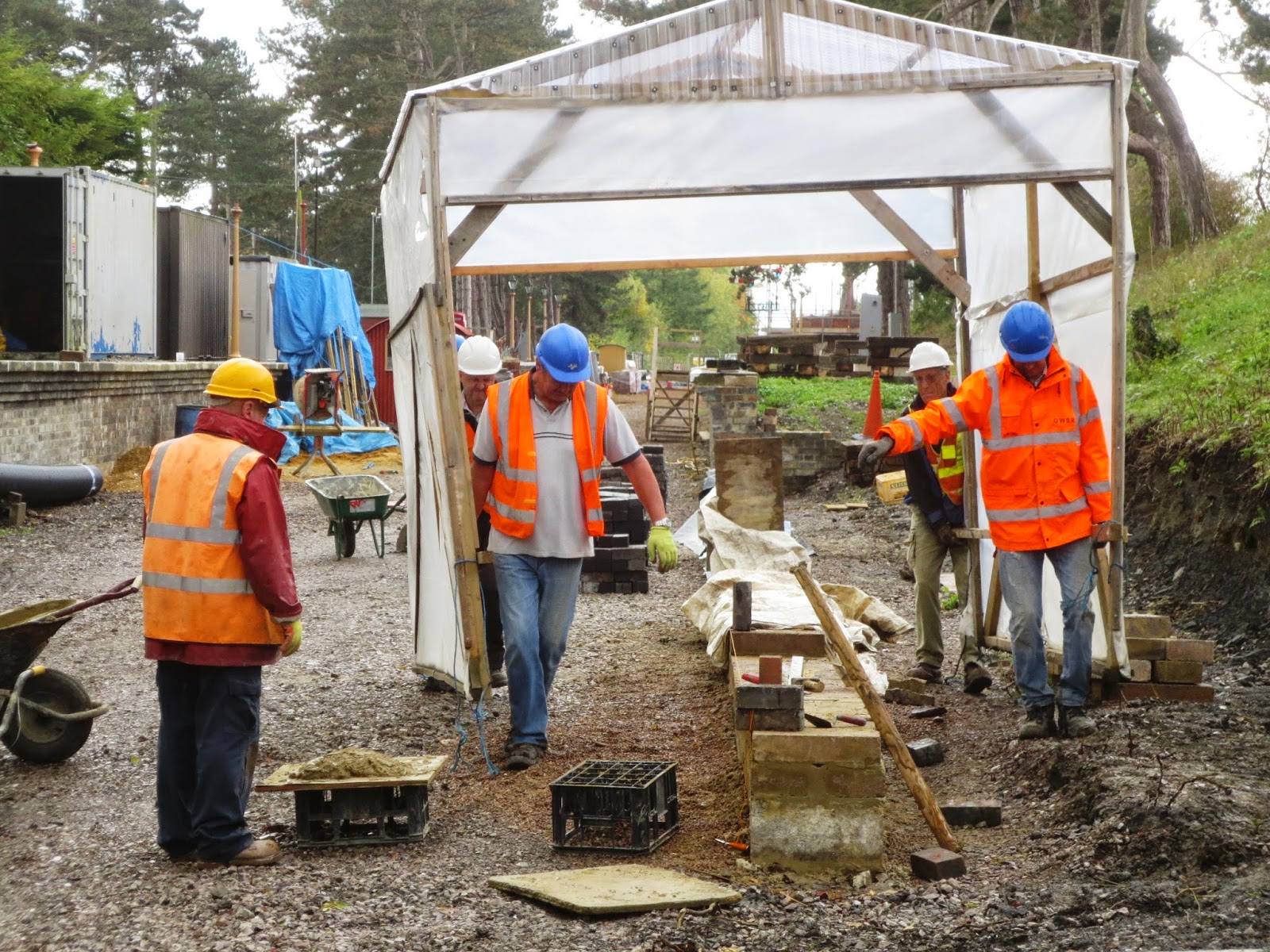 There were 14 of us on site today - the odd rain shower blew through, but generally work proceeded at a pace.

The main task for the day was to complete the block work on Platform 2C. The brick laying shelter was moved into position to allow work to continue during the showers.

Work then continued  and  at the end of the day, all 60+ blocks were laid, and ready for the blue bricks next time. It really was a great day's block laying.


In parallel with the block laying 2 small gangs were selecting the right size blues and reds to start the brick laying on Wednesday. These were stacked front and back  of the wall in convenient piles, ready to hand for the brick layers.


Eventually the dumper came into play for recovering the backing bricks from further up the track bed. It was hard graft but it means that work can start promptly next time. 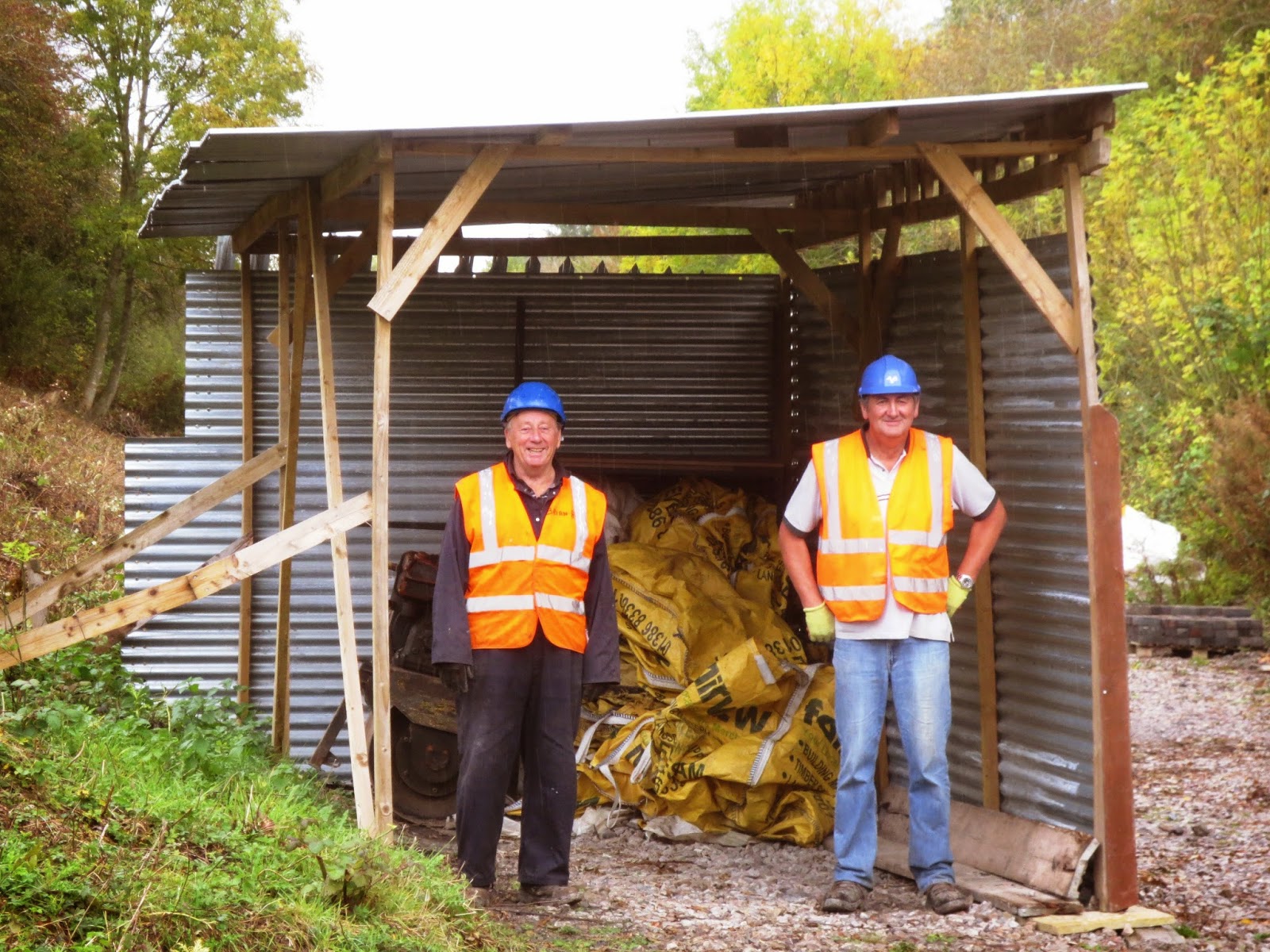 Of course there are always those who run for shelter from a drop of rain....

In other areas, Robin continued with the brick cleaning and Vic grass seeded the bank behind 1B.

Peter K fitted the angle  attachments to the lever frame that he made last week. Peter is a wizard with metal work of all forms, and  I don't know what we would do without him (and his helper Tilly) 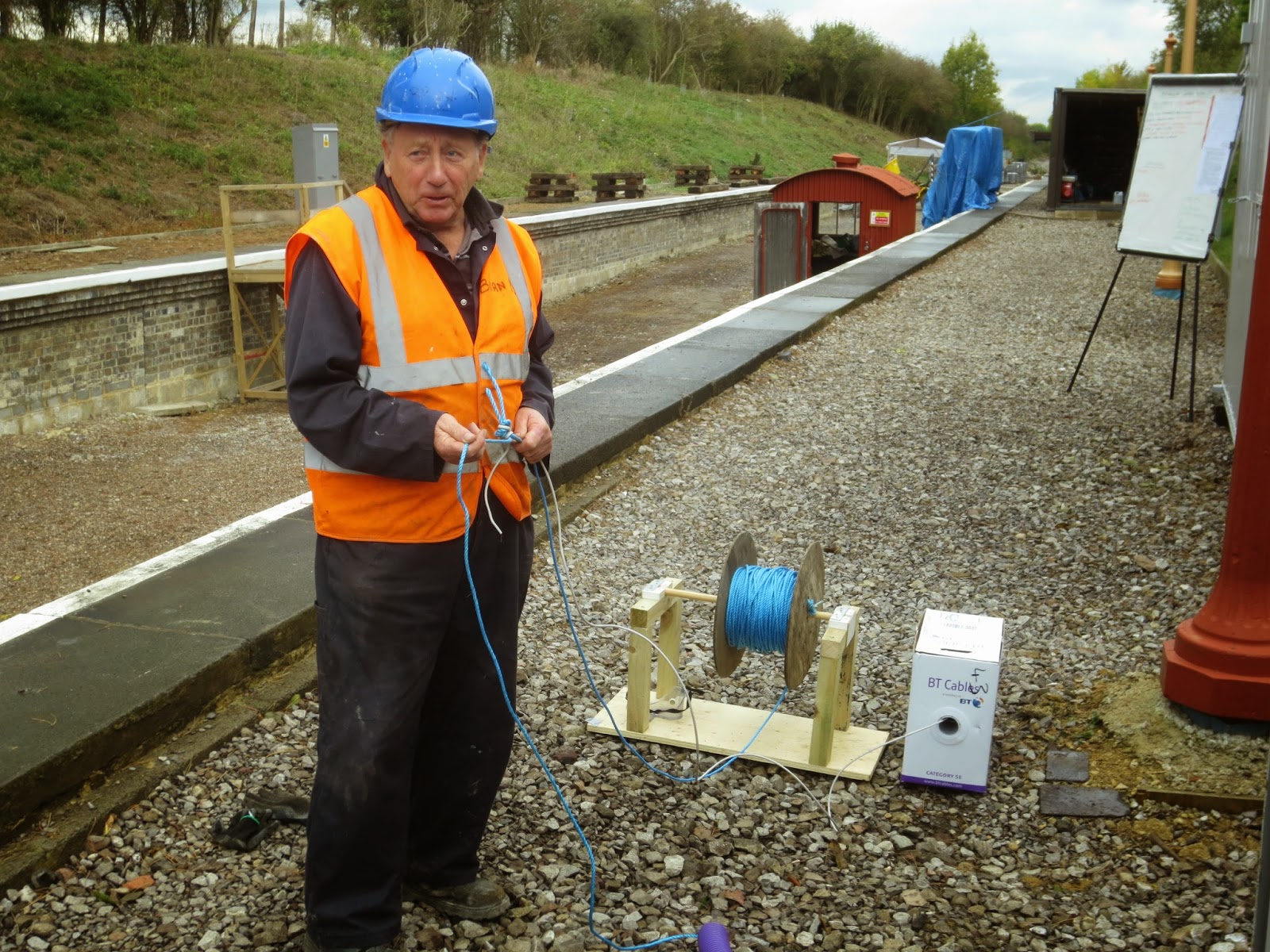 Finally for today Brian and I pulled the Cat 5 comms cable through the new ducting. it just remains for us to terminate the ends.

Hi Tim,
Fortunately this section of cabling only has to last during the construction phase. Thanks for your comments.
Bill

And I wondered about the distance, too.

a few months ago you dug up a ticket office barrier post which is being restored for use in the new station buildings, so I believe.

3 years ago there was one of these removed from Princes Risborough station as per this web link. Does anyone know where this ended up, I wonder, and if it is available for Broadway?

Two barrier posts were found in the Broadway station ruins. However, they are both damaged at floor level, and the wooden cross piece is of course missing.