A Friday Special - The concrete goes in on Platform 2

What a great day! 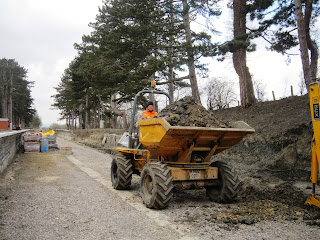 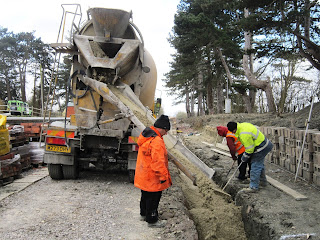 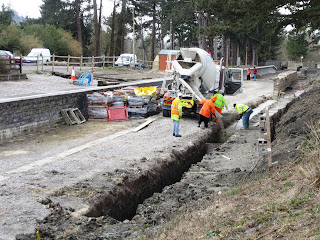 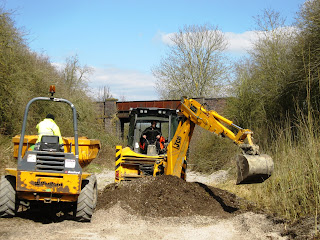 When the footing was completed it added another 45m of potential platform wall brick laying. The wet concreted was tucked away under hessian in case of a cold night. Job done!

Afternoon
In the afternoon ballast was taken from the  trackbed at the northern end and used to infill behind platform 2. 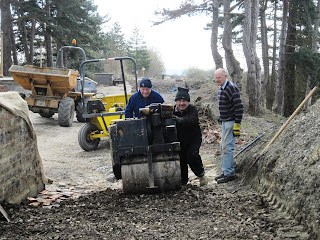 Clive had been waiting all day to get the roller on action and he wasn't disappointed! Here Steve gives a hand up the slope. 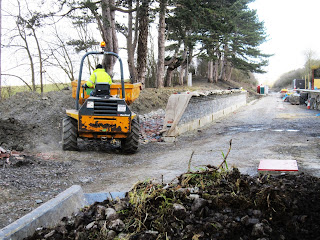 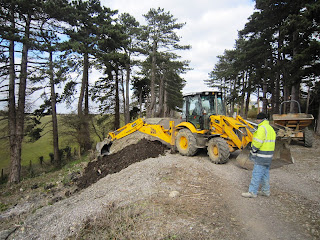 And as a cherry on the cake Steve and Adam  filled and grade a hollow in the south western embankment which has been on my to-do list for several months.

Thanks to Jo, Clive, new recruit Keith, Steve and Adam for a great day's work.
Posted by Bill at 20:27