A select band  of 8 Volunteers turned up today, but no less keen to move their jobs forward. 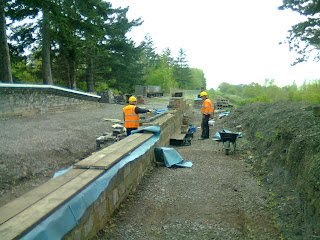 Clive, Steve then Andy continued to lay bricks on 2A. 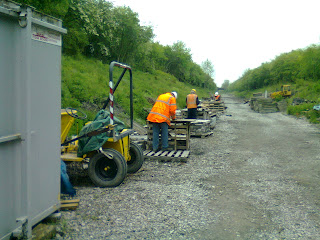 At the other end of the site brick cleaning continued, with Robin, Andrew and Keith making steady progress. 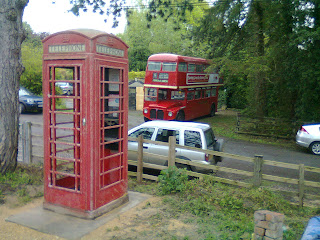 And finally it looks more like Ealing Broadway with Graham Smith and his Routemaster offering free trips to Toddington and back. Graham is kindly doing this once a month throughout the Summer. It allows supporters to travel from Broadway to Toddington and see whats happening there, and also allow supporters at Toddington to come to Broadway to see us and the progress being made. Frankly I'd make the trip purely for a top deck ride through the country side. Cheers Graham!
The time table is as follows:-

Is it just me that can't enlarge the pictures, but get a "Sorry that page as not found" message. Has there been a change to the way they are stored?

No, not just you John. I have the same problem.

I'm also having that problem.

Sorry folks I took them with my phone and the resolution might not be up to it.
I will go back to my camera.