The strong winds over  the past 2 days have set us back a bit for one reason or another. Yesterday  a gang were up at Wishaw doing their darnedest to get the remaining footbridge materials back from Wishaw. The culmination of this exercise was to retrieve the footbridge Stairs themselves - everything was lined up, crane in position and then the crane driver  broke the bad news that the wind speed was too high to  safely operate. 18m/s, The limit is 10m/s. To be fair the driver hung on until 17:15, but the wind wouldn't relent. So that was a  real bummer(pardon my French). Everyone was so keen to get the last parts of the footbridge jigsaw down to Broadway - myself at the top of the list! Hey-ho there is always another day! 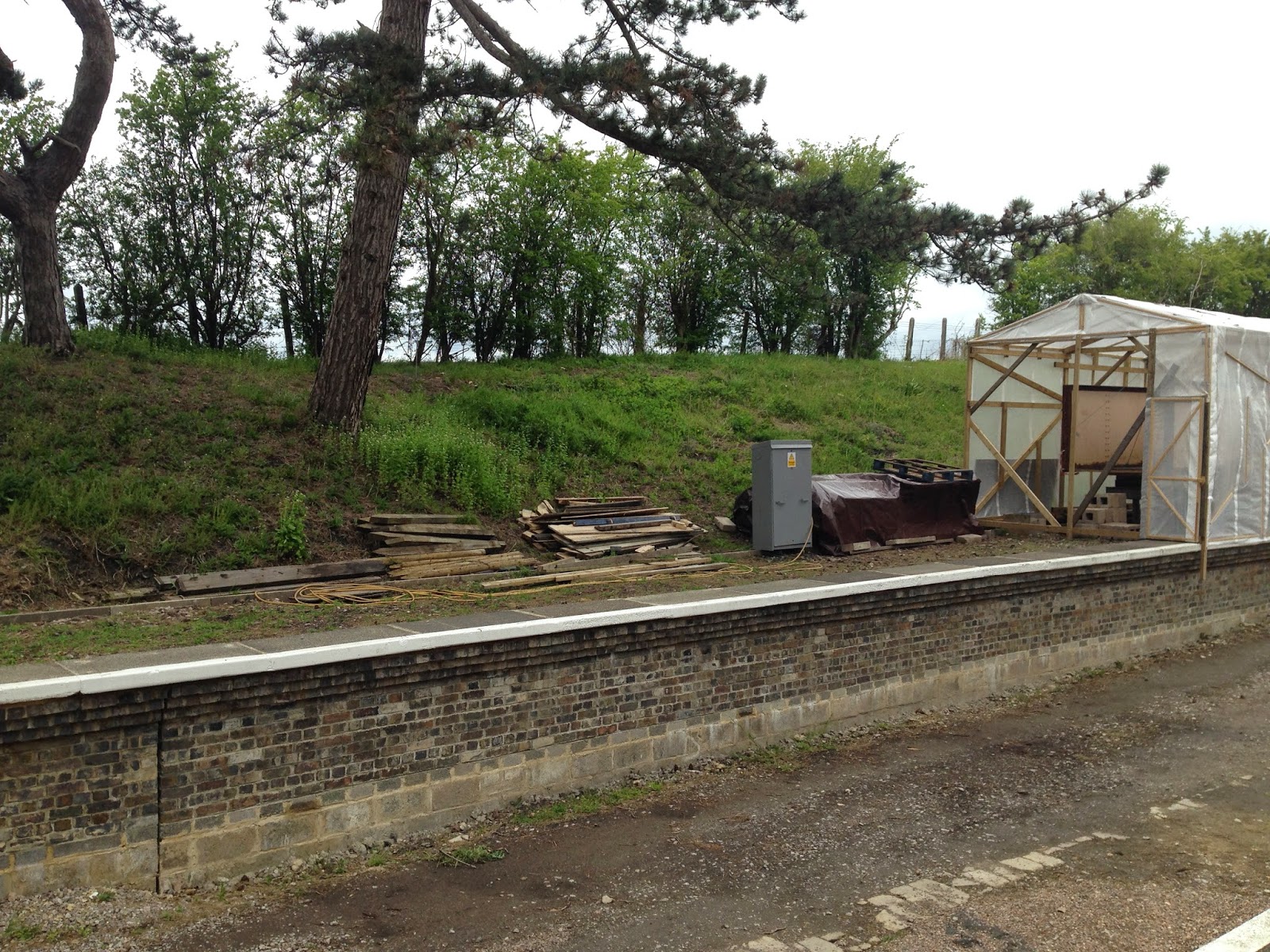 However that is not to diminish the successful work that was completed -  two long hall trips with the GWR Truck. Cheers Roger!. The parts now reside by the Footbridge span shelter.

Ray Hughes who does shifts for us at Wishaw and Broadway is here chipping more paint off one of hoops. A great job Ray! 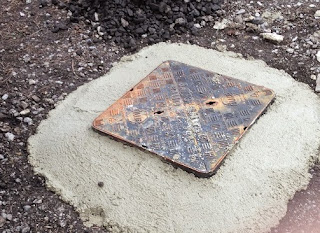 The first job of the day elsewhere was to install a new heavy duty manhole cover in the driveway - the old one had one to many brick lorries driven over it! JC has done many of these you know - I think he  said he had built the M5  It was good job and I'm sure it was filled and levelled by the end of the day. Talking about filling in the old onsite sewer, now defuncted was filled in with ballast and concrete today - many arm stretching barrows of concrete were required.


In the same area the heavy gang finished off the extraction of the bricks from the old station foundations and barrowed the bricks away( I think that is now all of the bricks Robin!)

Finally to our current showpiece - the Signal Box.JC lead a team (John S, Paul, Tony, Peter Q)  fitting the roof slates. I have to say I've looked forward to this day for some time!


Despite the wind everyone was pretty cheery at the thought of completing this major milestone. 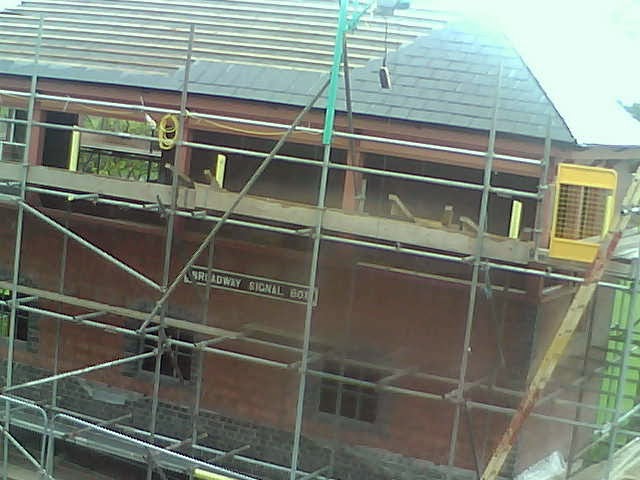 Well it was an impossible ask to complete it, but a couple more shifts and we will  be looking for ridge tiles!

Thanks to my BAG Committee Chums who spent the the morning locked in  the Office with me, sorting out some urgent matters.

Finally Julie gives a smile to all comers - so please come along!