After an excess of Christmas pudding, Gluehwein and boisterous grandchildren, 5 volunteers escaped and reported in at Broadway this morning from as far away as Milton Keynes and Crawley. The sun shone, and it was a beautiful day. What fun could we have? 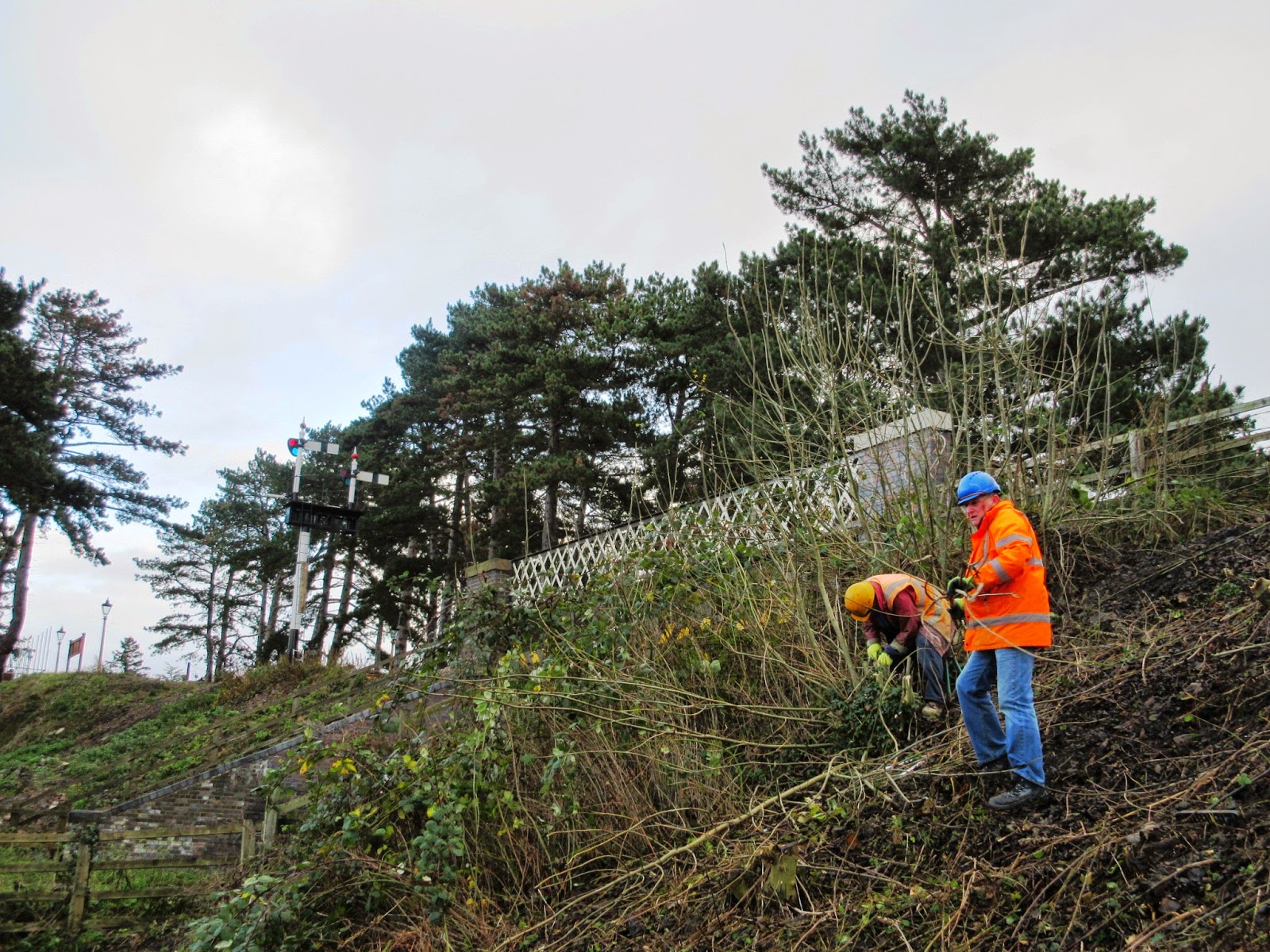 A gang of three decided to continue clearing the embankment side overlooking the future car park field, where young saplings had shot up again after being cleared only 18 months ago. 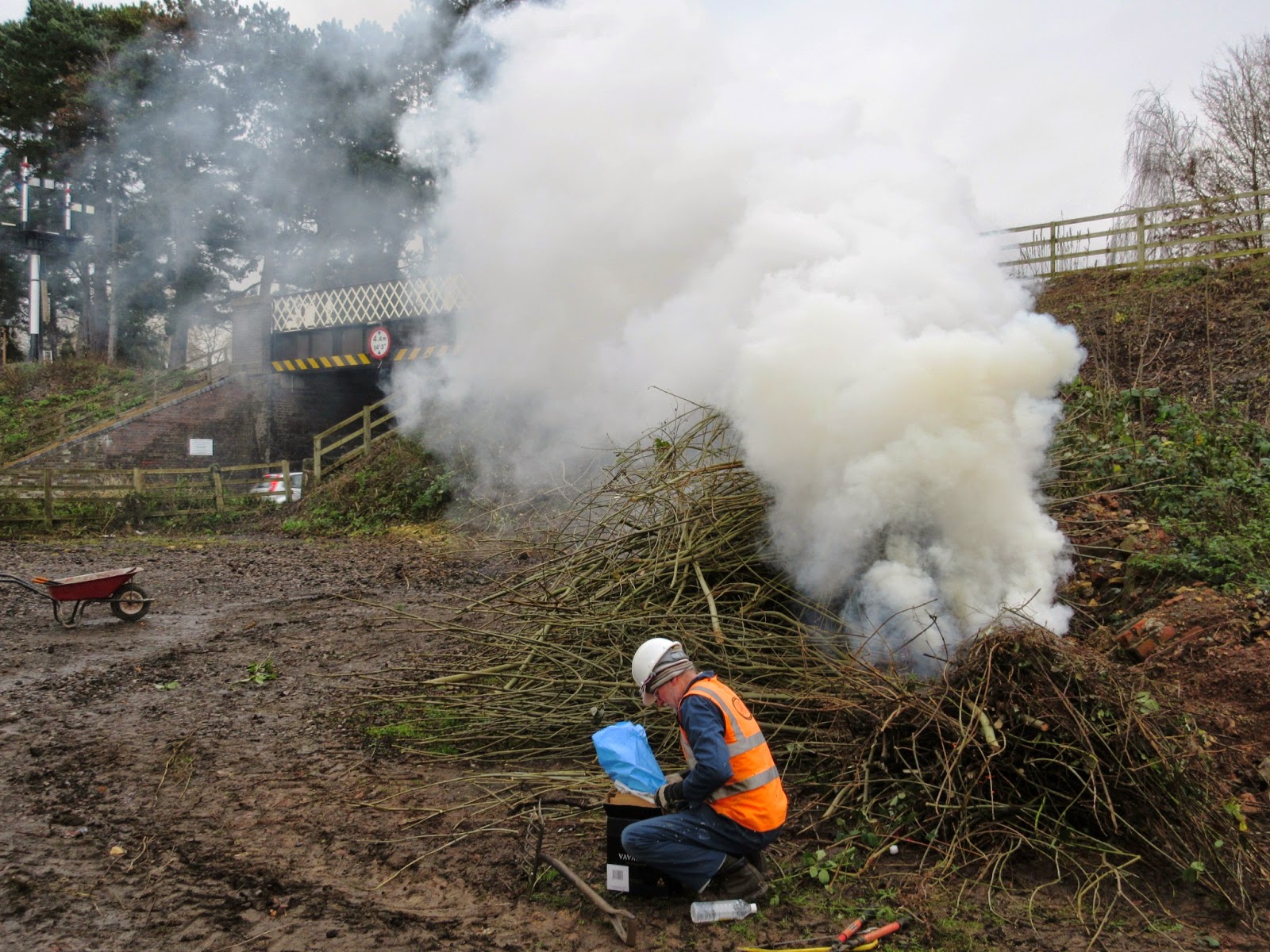 Starting the bonfire produced a brief period of dense white smoke, which luckily for those here invisible on the embankment, soon cleared. Yes, Jim and Clive are up there! 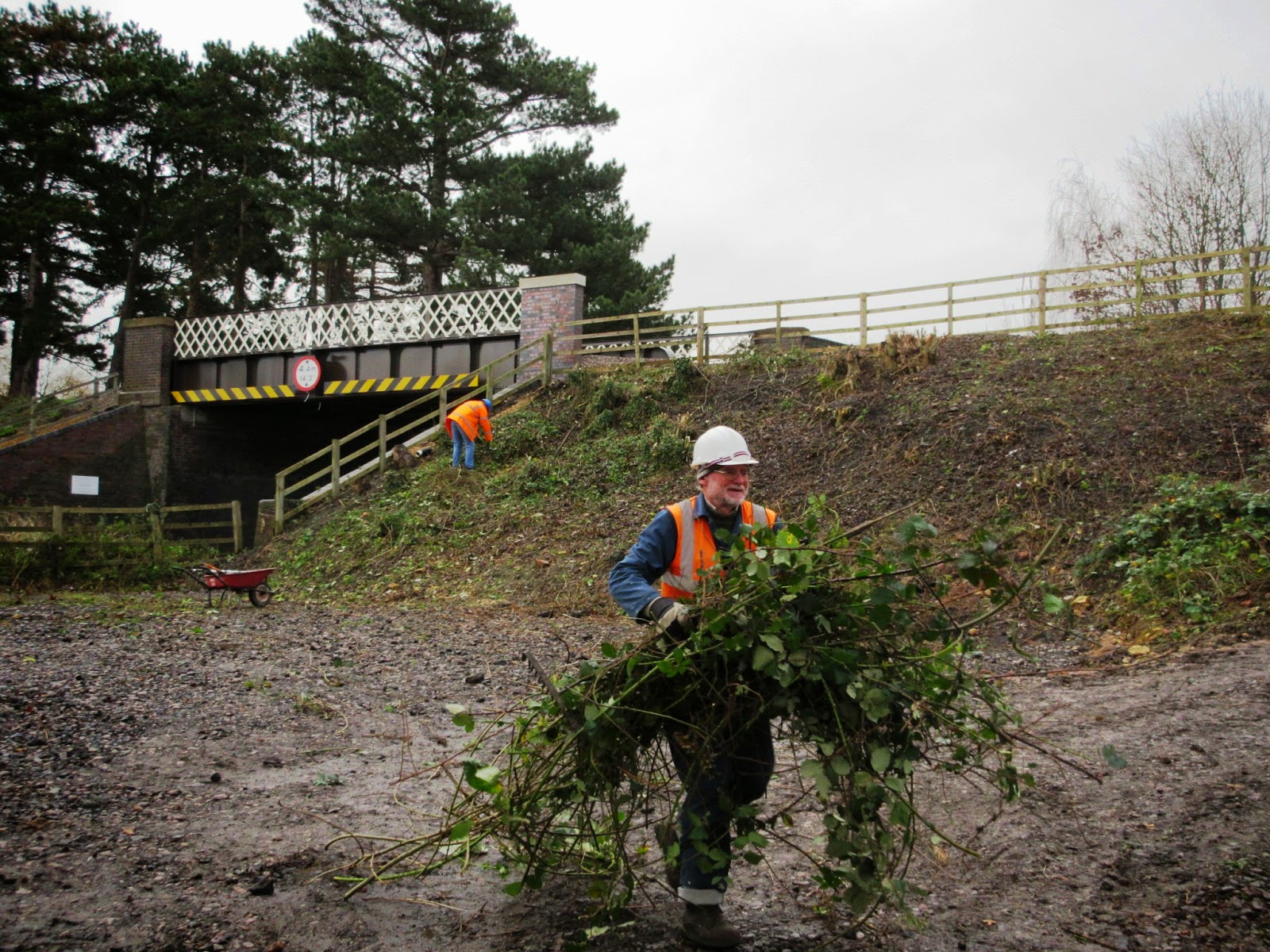 At the end of the day the slope was clear again, and all the saplings and bramble had gone. Now that the bridge contractors have gone again, we are left with a fine additional car park and storage area with a good hard standing of ballast.

At the other end of the site, valiant Robin carried on cleaning bricks in his usual cheerful manner.
Robin is a mine of information on model railways, and lunchtime saw us in the cabin listening, slack jawed, to an animated discussion between Robin and Jim on model railways, the colours Hornby Dublo boxes came in during the early 1950s, and the different colour schemes, on Hornby Dublo models, of Coronation Pacifics during wartime. One felt somehow - uneducated. But not for long.

Vic carried on with the fence on the eastern boundary, adding another element to those already erected. Digging in the posts was not easy, as the ground underneath is peppered with bricks. 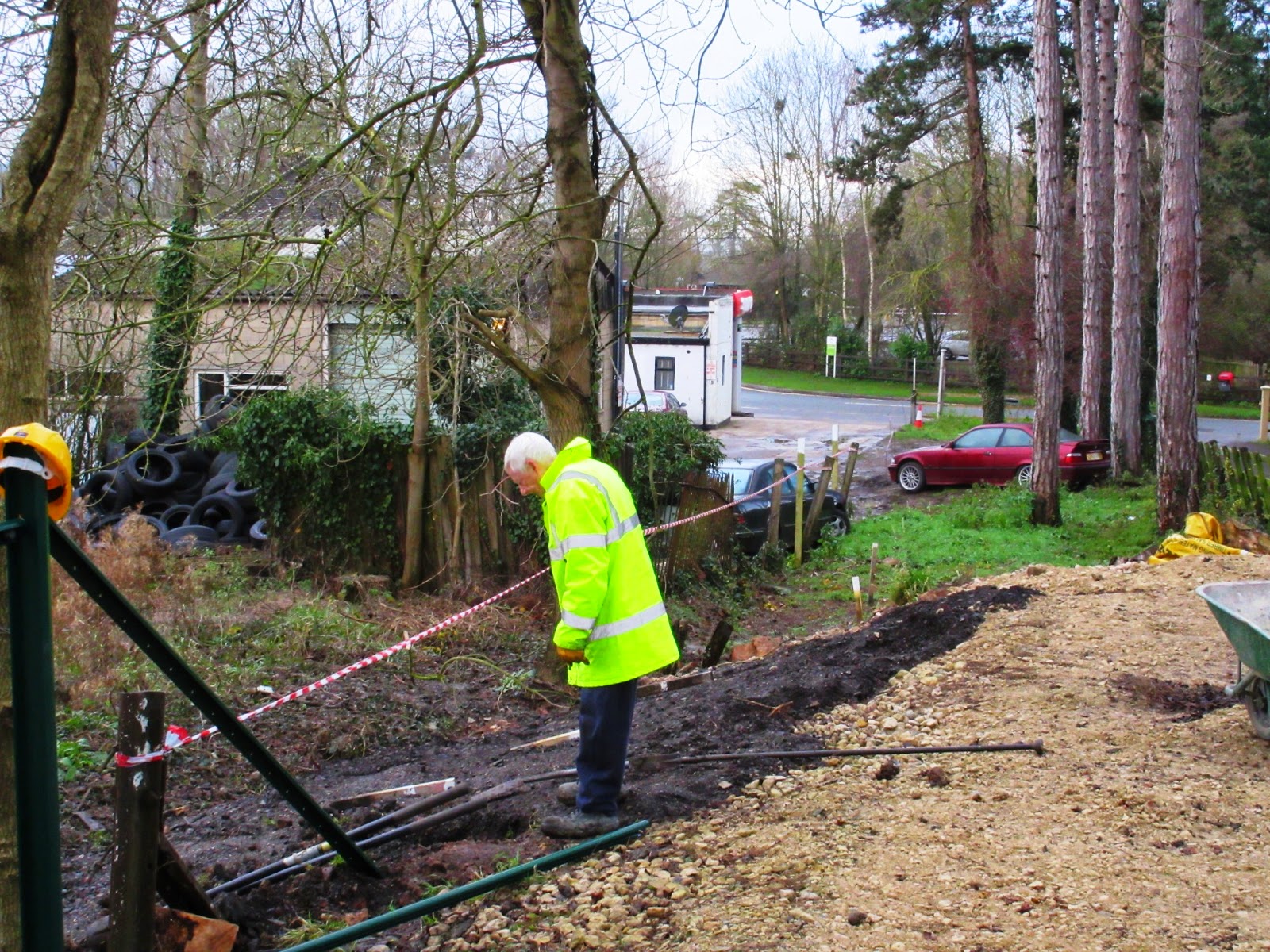 It is here that we will be moving the sales kiosk in the new year, to make space for the foundations of the station building.

Finally, a couple of shots to show the progress on the signal box:

The heightened rear wall is now quite clear. The scaffolding is due to be raised to the next level after the holidays. The brickwork at the front is now complete, and is waiting for the sliding windows and frames which support the roof. The door frame is back in on the right. Everything looks great, and very authentic. But we need some more rollers for under the sliding windows, anybody out there know of some? We need 28, but have only 14 so far.

Our next working day is Saturday 3rd January. We would like to wish our readers a happy new year 2015, and thank them for their support in bringing the project this far. You can see what we did with your money - doesn't it look great!
Posted by Jo at 16:11

Well done guys and I would like to wish Magarite a well-earned retirement from the brick-a-brack shop, as I understand this was her last working day. There's no doubt in my mind that that you have ALL contributed so much to the project, I'm sure you will ALL be remembered.

Wishing you a Happy and Propserous New Year. Onward and upward!