There were 20 Volunteers on site today - there were plenty of jobs on the to-do list, some made more difficult than others by materials and brickwork being pretty  much soaked. Nevertheless the troops were undaunted! Importantly Jo was back in action, both with his camera and his sunny disposition - great! 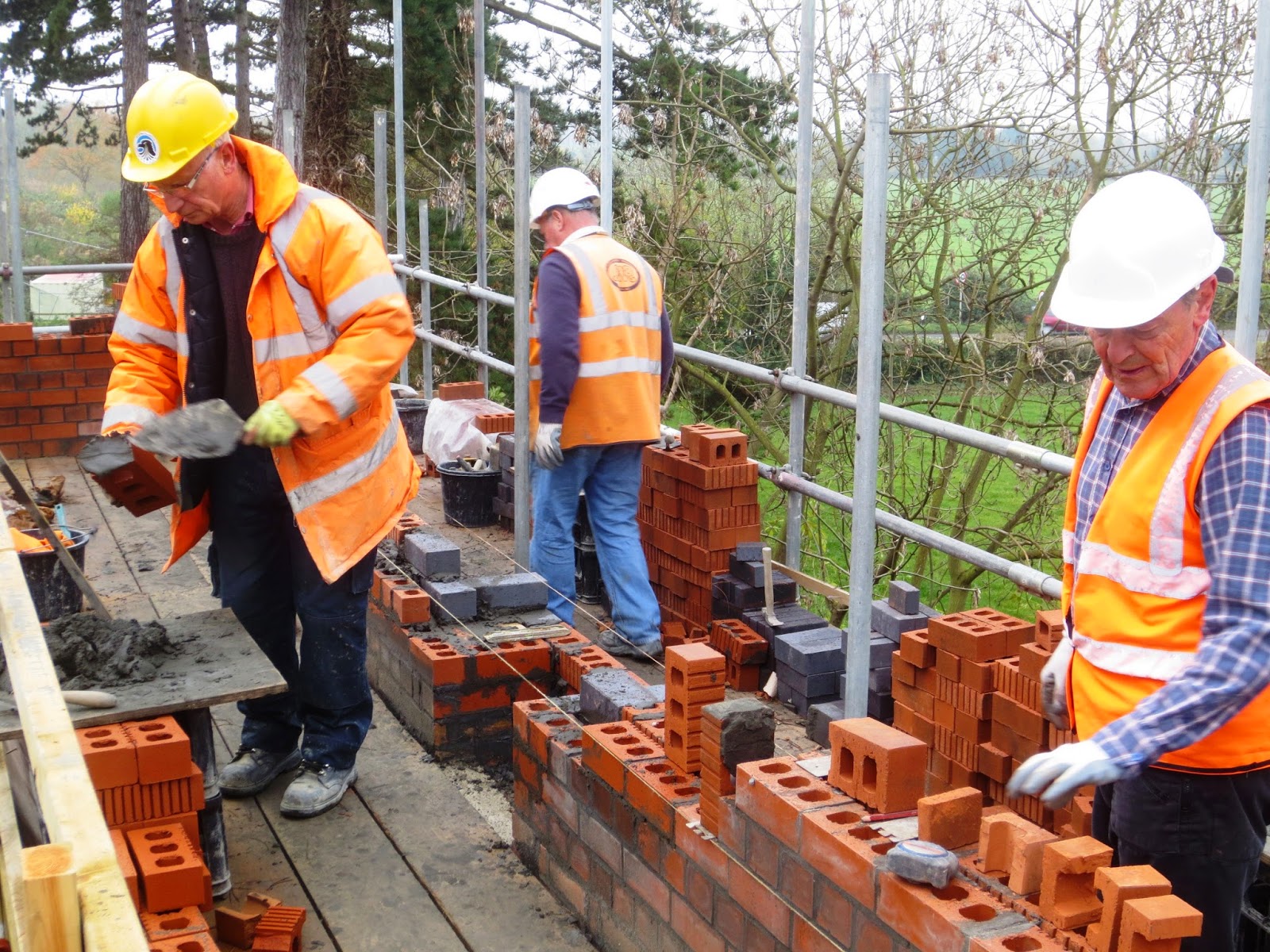 To my great joy, bricklaying restarted on the rear wall of the Signal Box. Here are Bob W, Tony and Paul in action - they were joined after lunch by JC who had been AWOL with me at a meeting at Toddington. 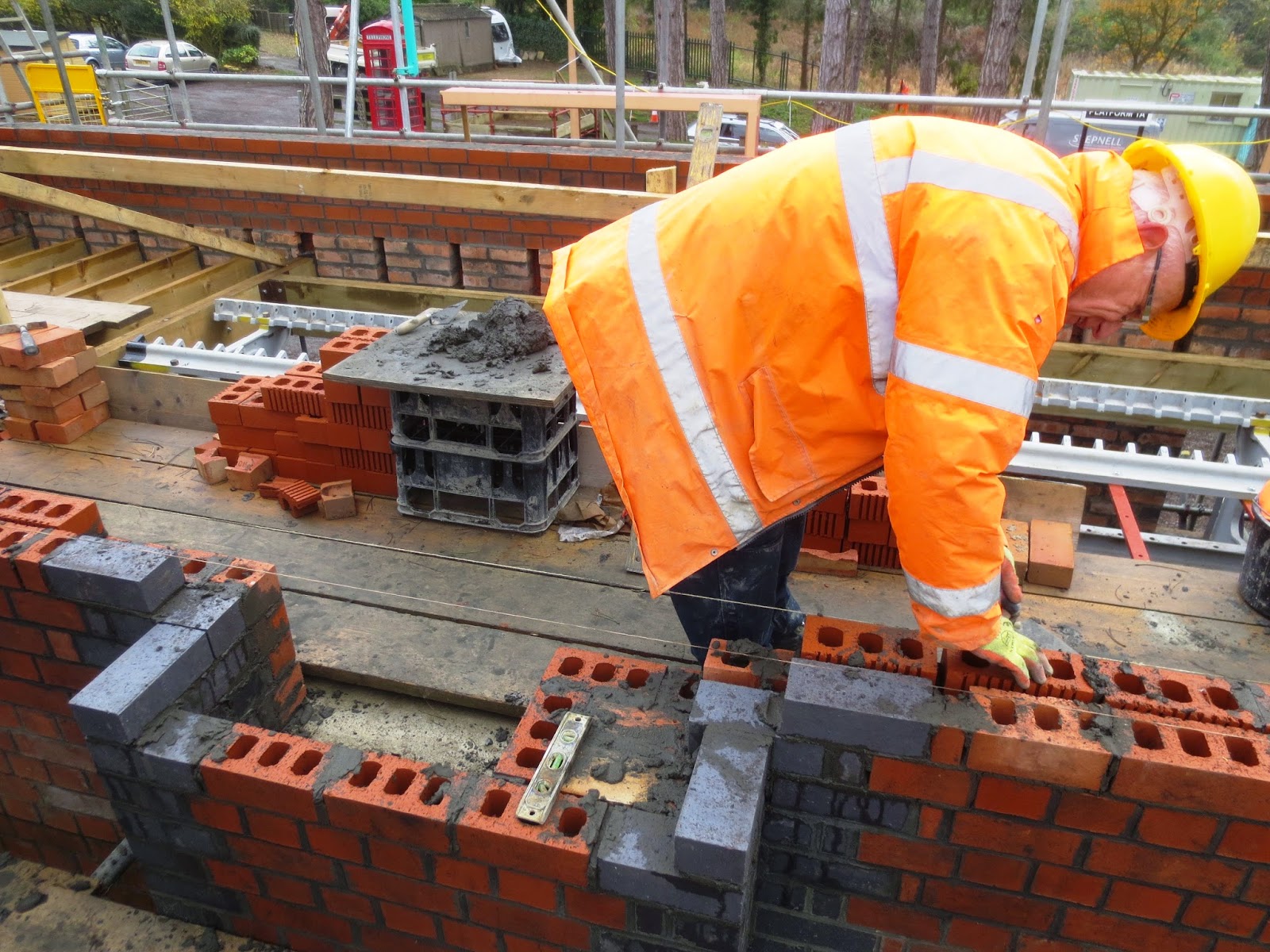 The brick laying itself was a bit of a nightmare because of the dampness of everything. It took great cunning an guile to keep the show on the road - even temporarily storing some bricks in the mess hut to dry them out more quickly! In the end at least 3 courses were laid right across the rear wall. Very satisfactory!


Equally tricky was the bricklaying on Platform 2C, although the shelter keeps some of the moisture off. Here is Roger B report:-

Platform 2c moved on a pace today, Clive and Peter H laid 300 Bricks.
I managed to set out the first 10 Meters of Corbelling and laid 50 bricks. 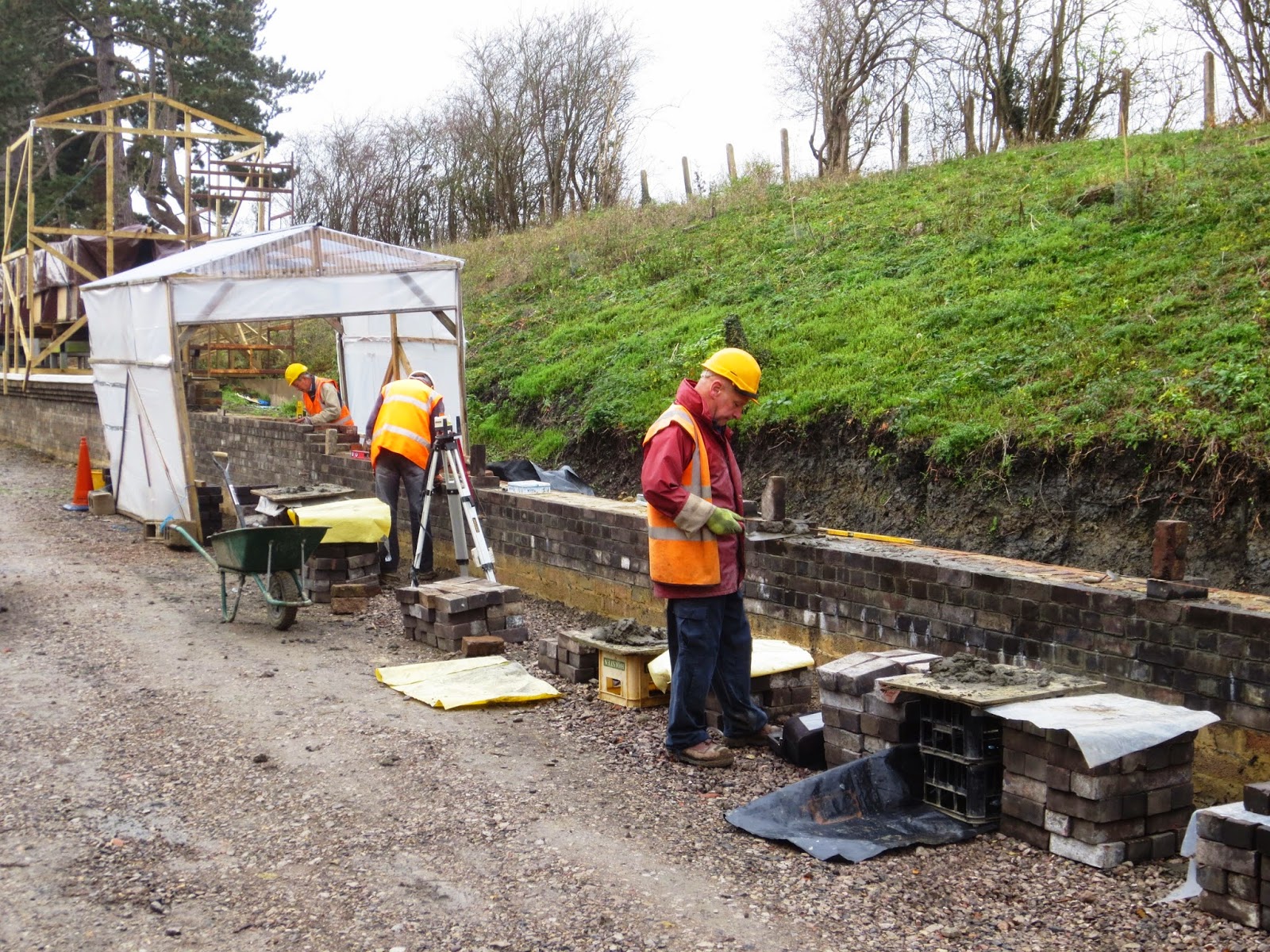 Rod, Terry and Steve, moved 3 Dumper Loads of Bricks, to Platform 2c to update diminished stocks, and then laid backfill at the end of Platform 2c and also by the Broadway Sales shed to improve access. 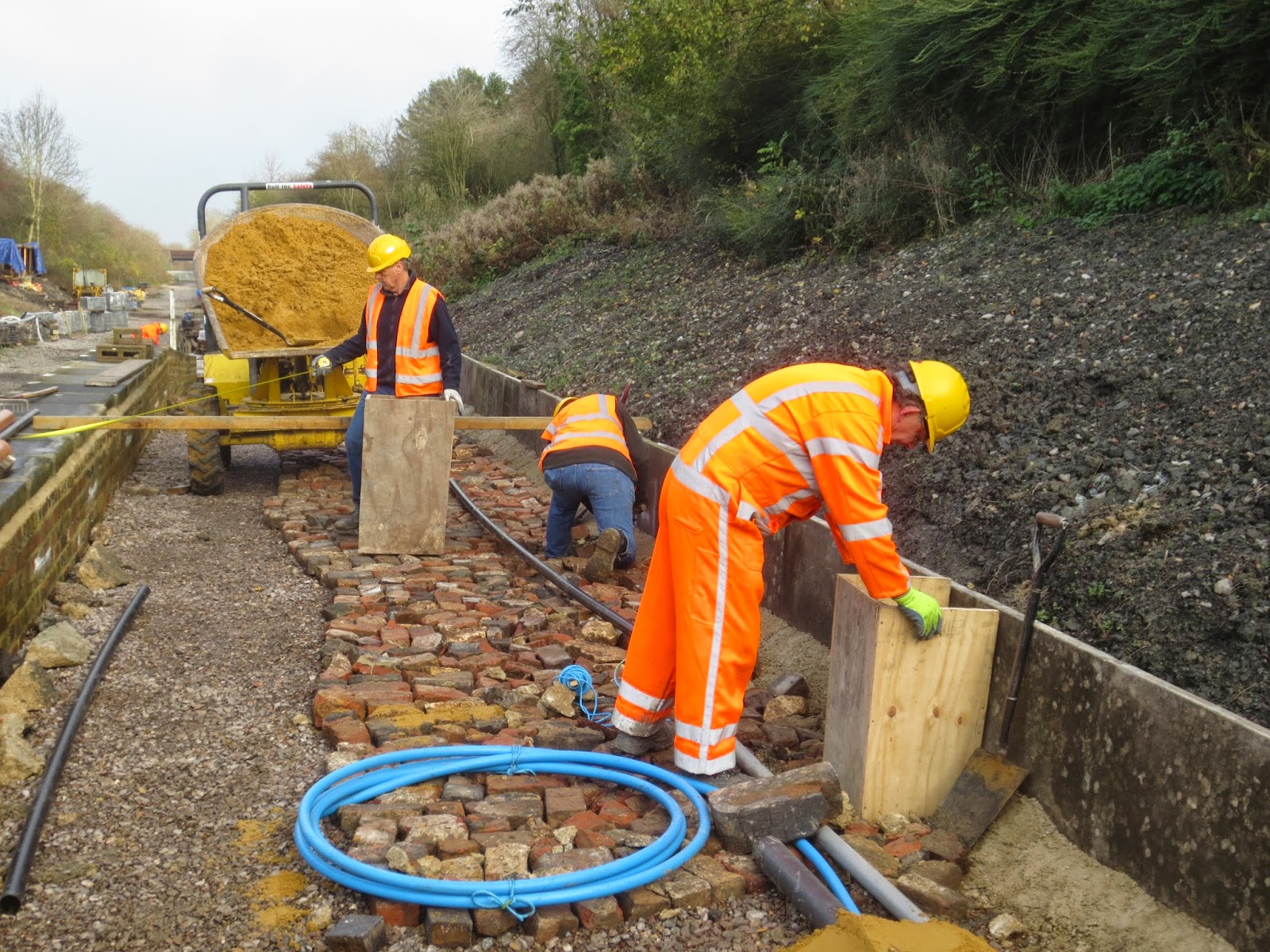 The same team with the addition of Mike, set about laying the Drainage pipe. and Lamppost electrical services pipe on Platform 1c. 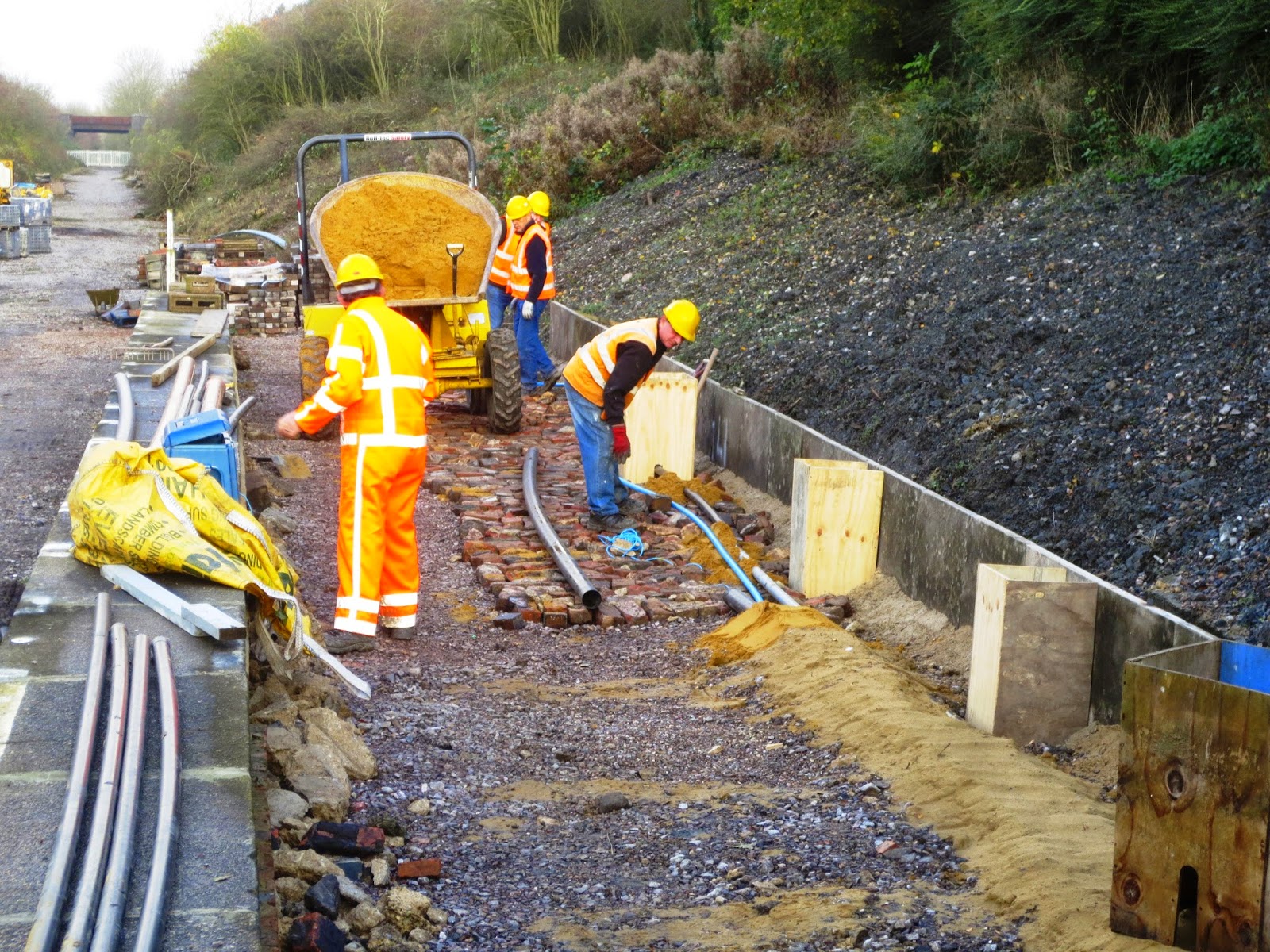 The team then made and installed Platform 1C Lamppost and Running in Board shutters. 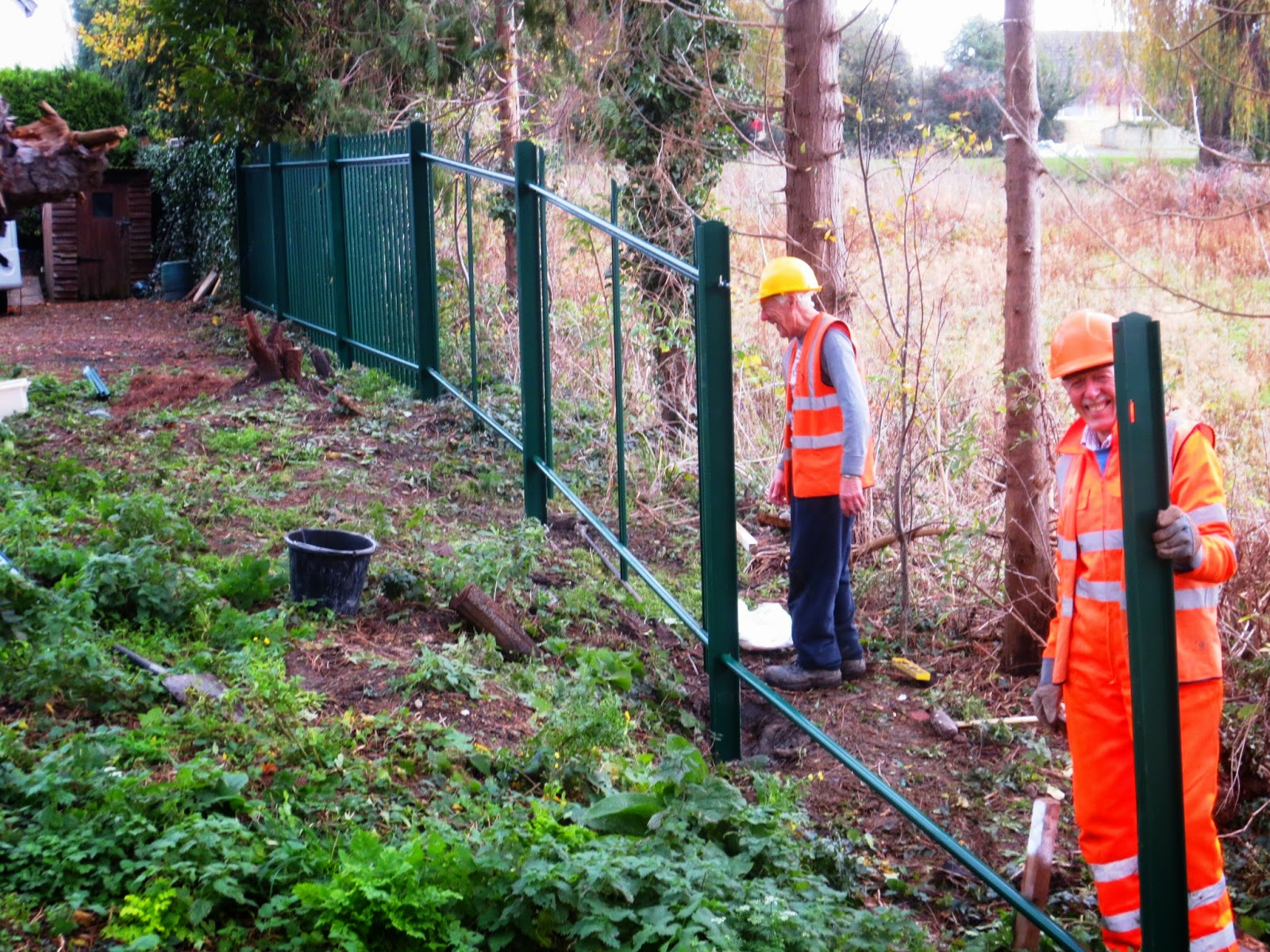 On the Driveway the eastern boundary fence continues to make its way southwards. Here the foreman Vic (left) and his apprentice , Gord start the next panel. 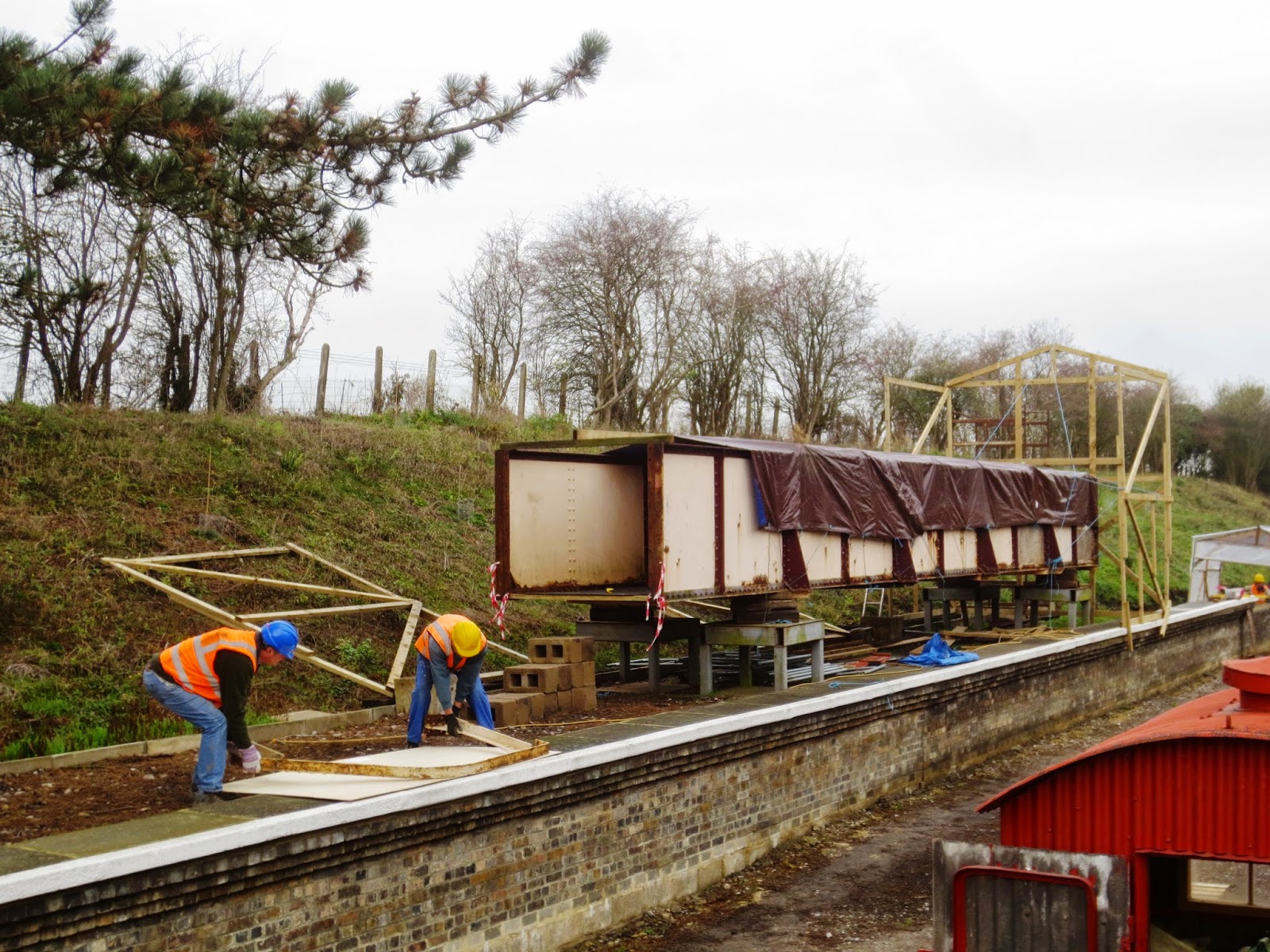 Back on site the potential for lots of wet weather coming up means we have to keep things pretty much under wraps. Here Peter Q and Dave H are making a template out of ply wood to produce an accurate curvature of the corrugated roof on the Footbridge. All good stuff!

Even the Shed made good profits today, Julie and Doreen were heading for a record for winter takings.

On the signal box, why not put a
temporary , scaffolding and corrugated tin roof over the box and all weather plastic wrap around the sides??

I remember in the hurricane of 1986 we had a scaffolding erection over a warehouse that had a large part of its factory wall blown down, and this had a corrugated tin roof over it with SGB plastic wrapping around to keep the rain and wind out.

Might help you to carry on through much of the worst weather to come.

We have explored this option - the cost of £4000 would buy us a lot of materials! Unless your offering of course.....

I am very sorry, of course you must have explored this option before hand. You must have also have been asked this question many,many times before by others.

I just thought that it was a sensible question and I was not implying otherwise. So, very sorry again. If offence was caused.