Well that was a tough old day! There were 20 of us on site and many visitors, all keen to see and hear about our progress.

The progress came on 4 fronts - The Signal Box, the  corbelling and slabbing(yes slabbing!) on 1C, cutting back on the the northern boundary, and the drainage work down the eastern boundary. 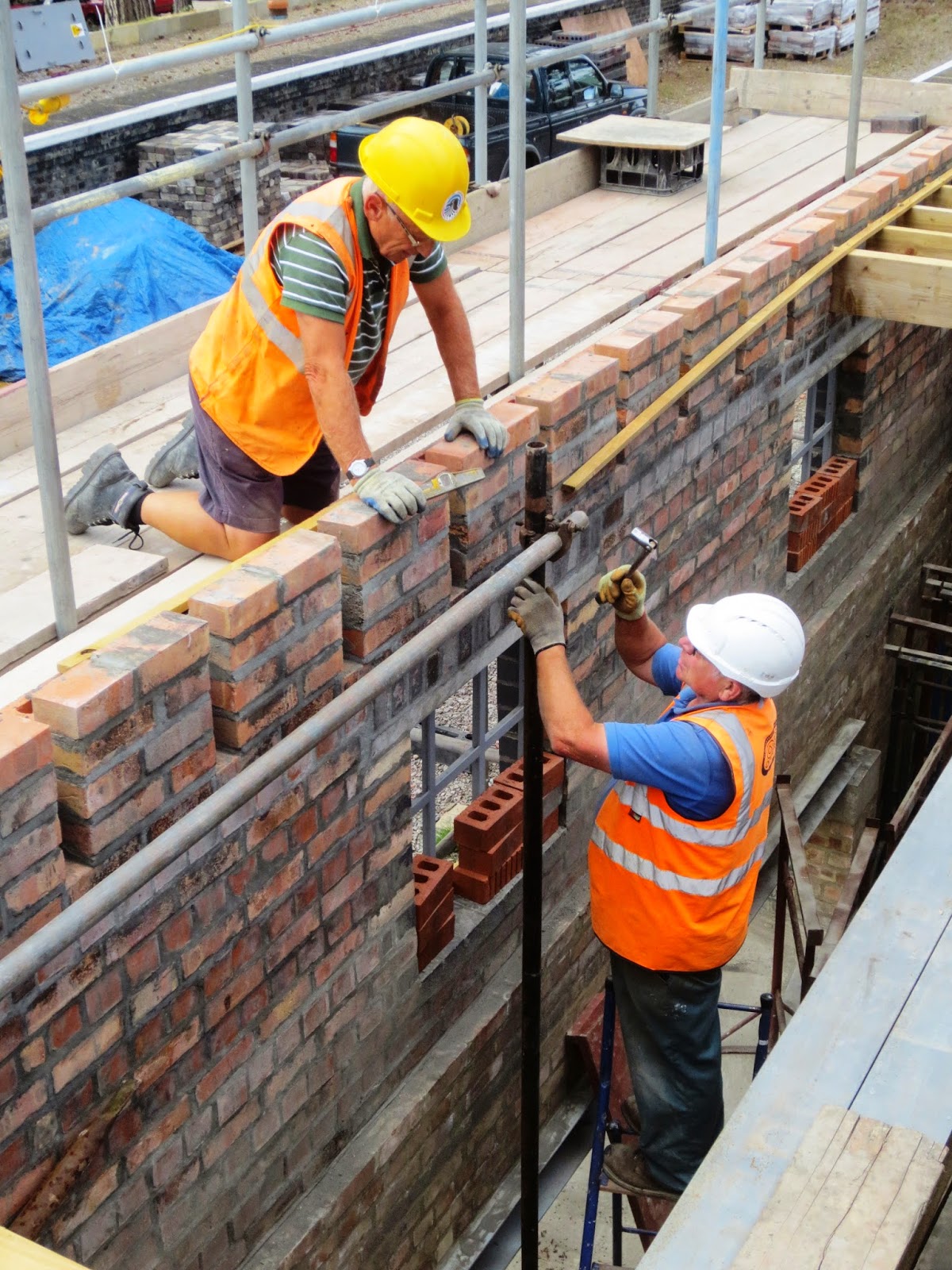 Starting with the Signal Box, the first job of the day was to get the internal scaffolding up to create a safe floor to work from. JC brought the scaffolding from his Aladdin's cave at home. I don't know what we  would do without it - but I think we are helping John to downsize! Anyway the job was completed to the capacity of John's pickup - there will be more to do next time. 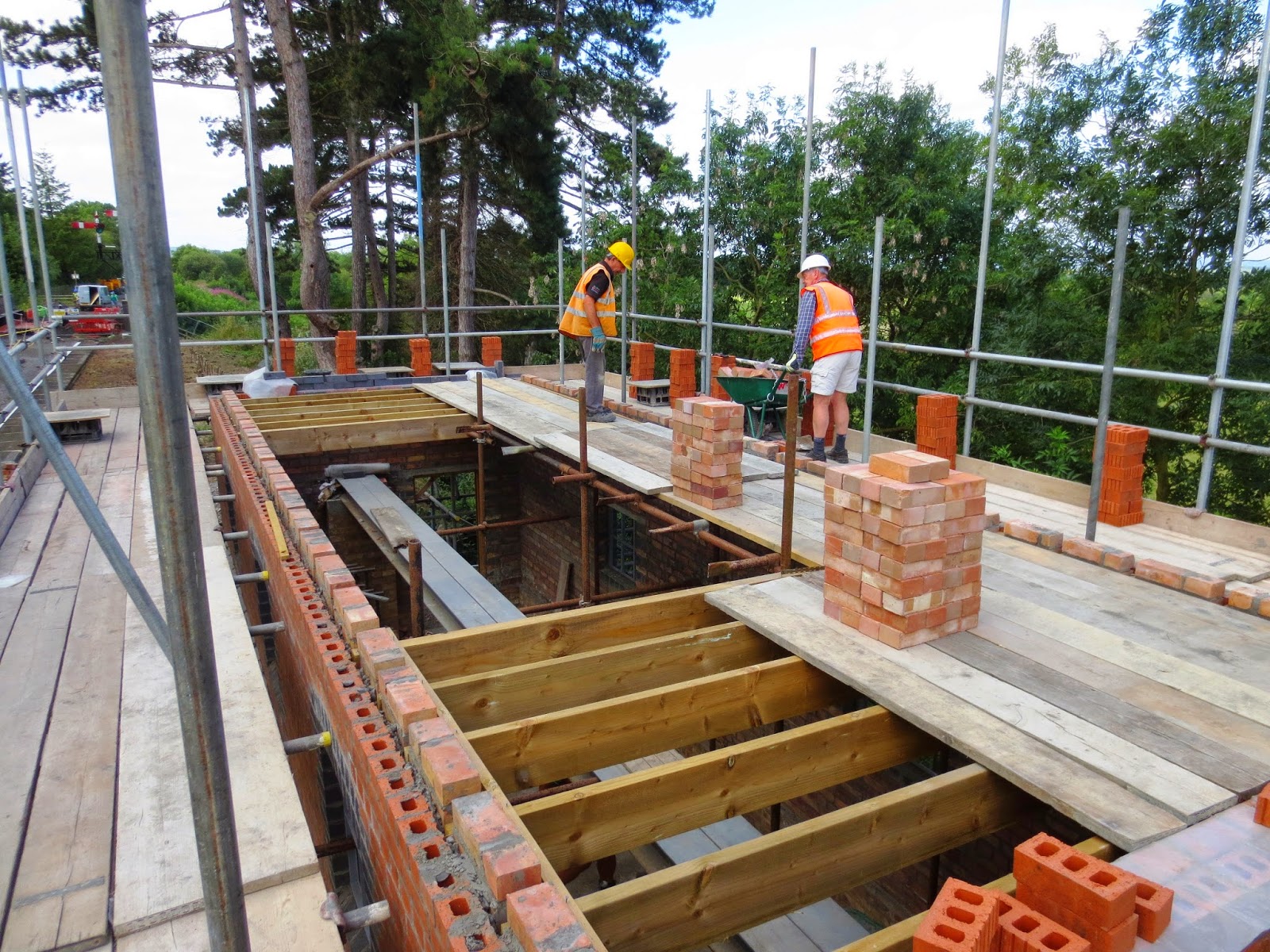 The next supply of bricks were brought up in the hoist and placed to hand. There was the opportunity to commence the next stage by building up the brickwork on the corners.  Part of this process requires longitudinally cut half bricks.(queen closers). 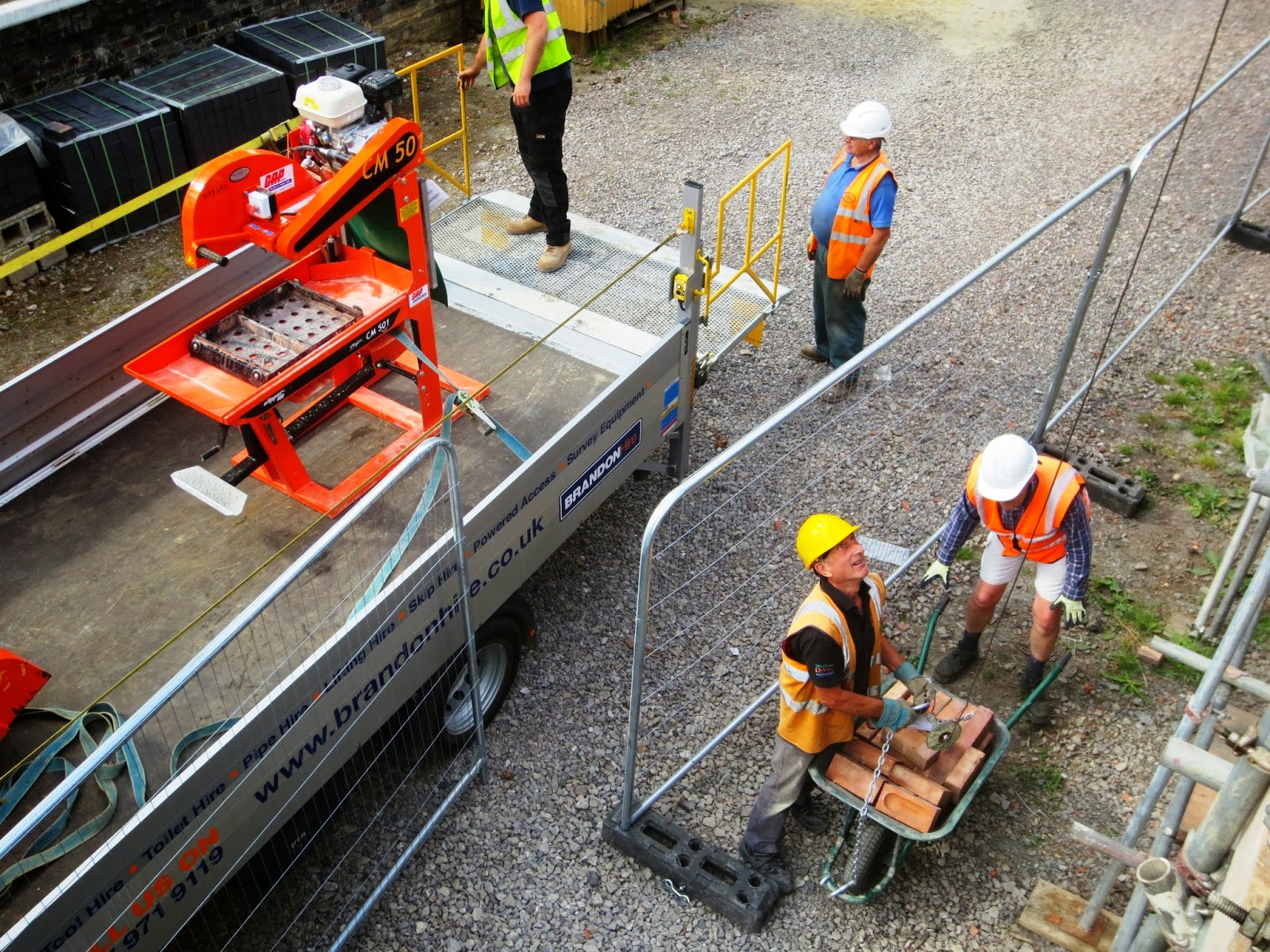 We ordered up a masonry saw bench which expired on us immediately. Not ideal and caused time to be called on the brick laying. 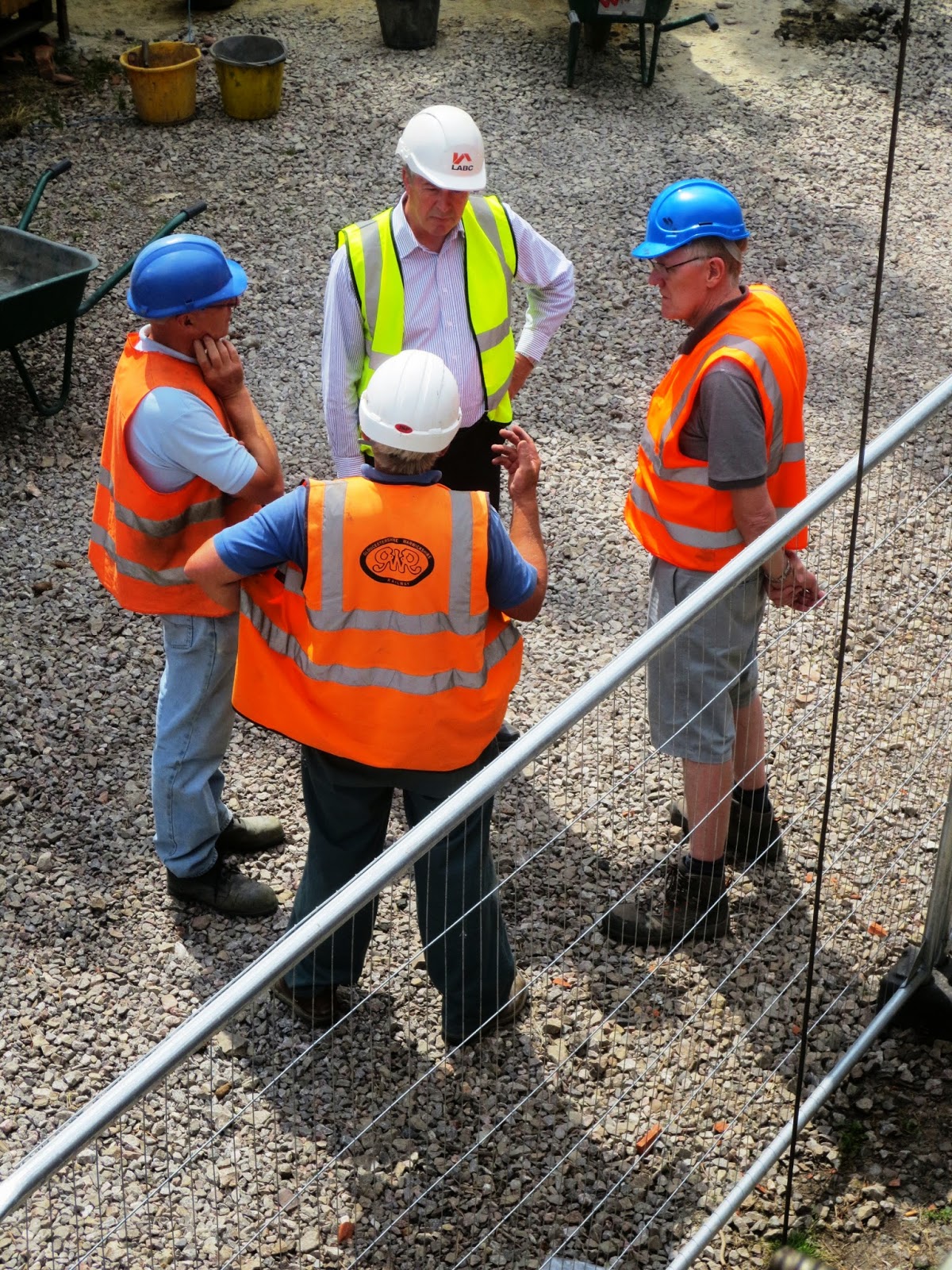 At lunchtime we had a visit(at our request) from the Building Controls Inspector to discuss some design details inside the box. Sufficient to say that he was persuaded by our arguments and we all went away happy(well almost!) 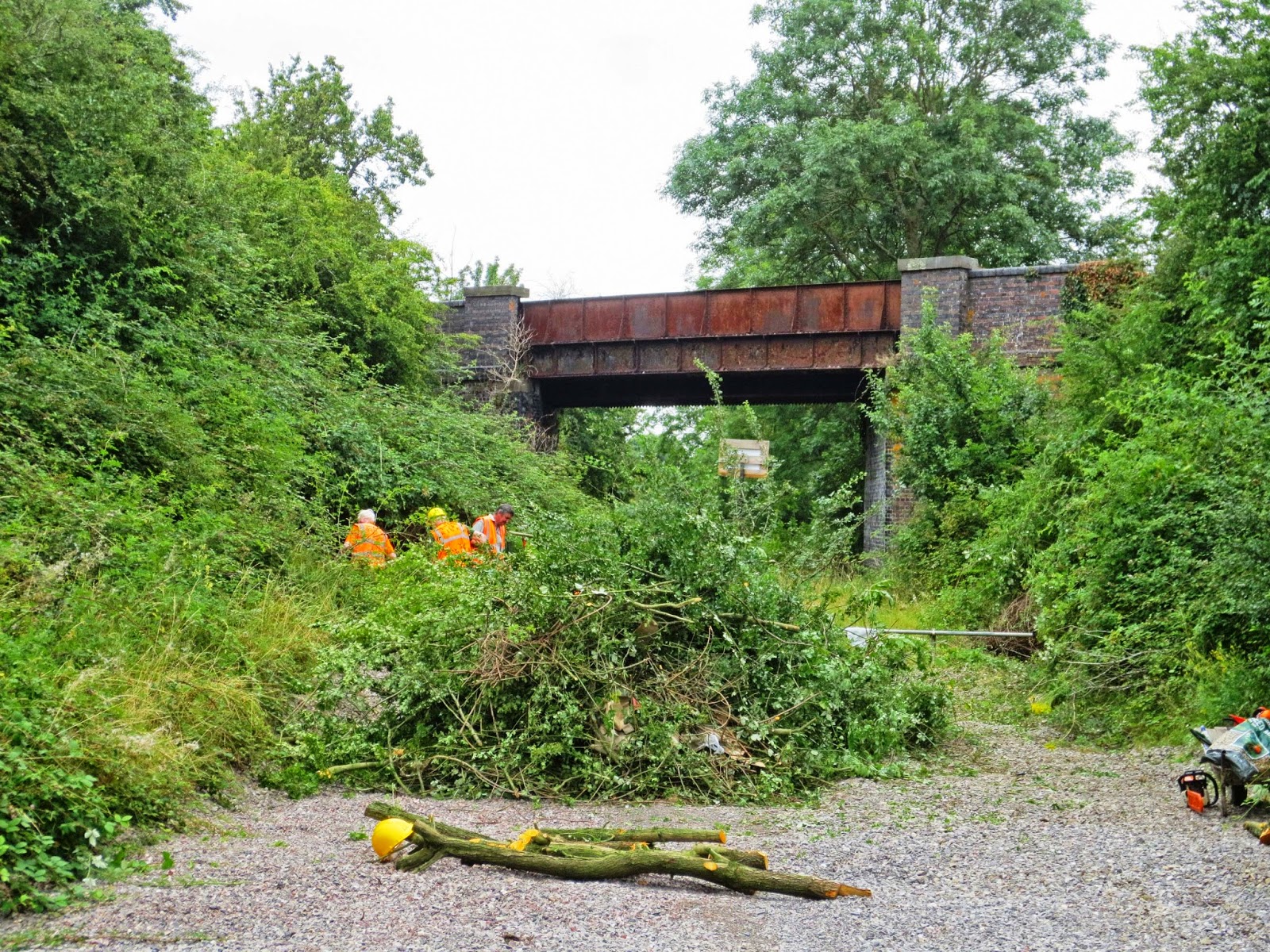 Up at the very northern end a gang are cutting back the embankments to allow us to fence the northern boundary. This is one heck of a task. I will report more next time - it deserves more  blog space. 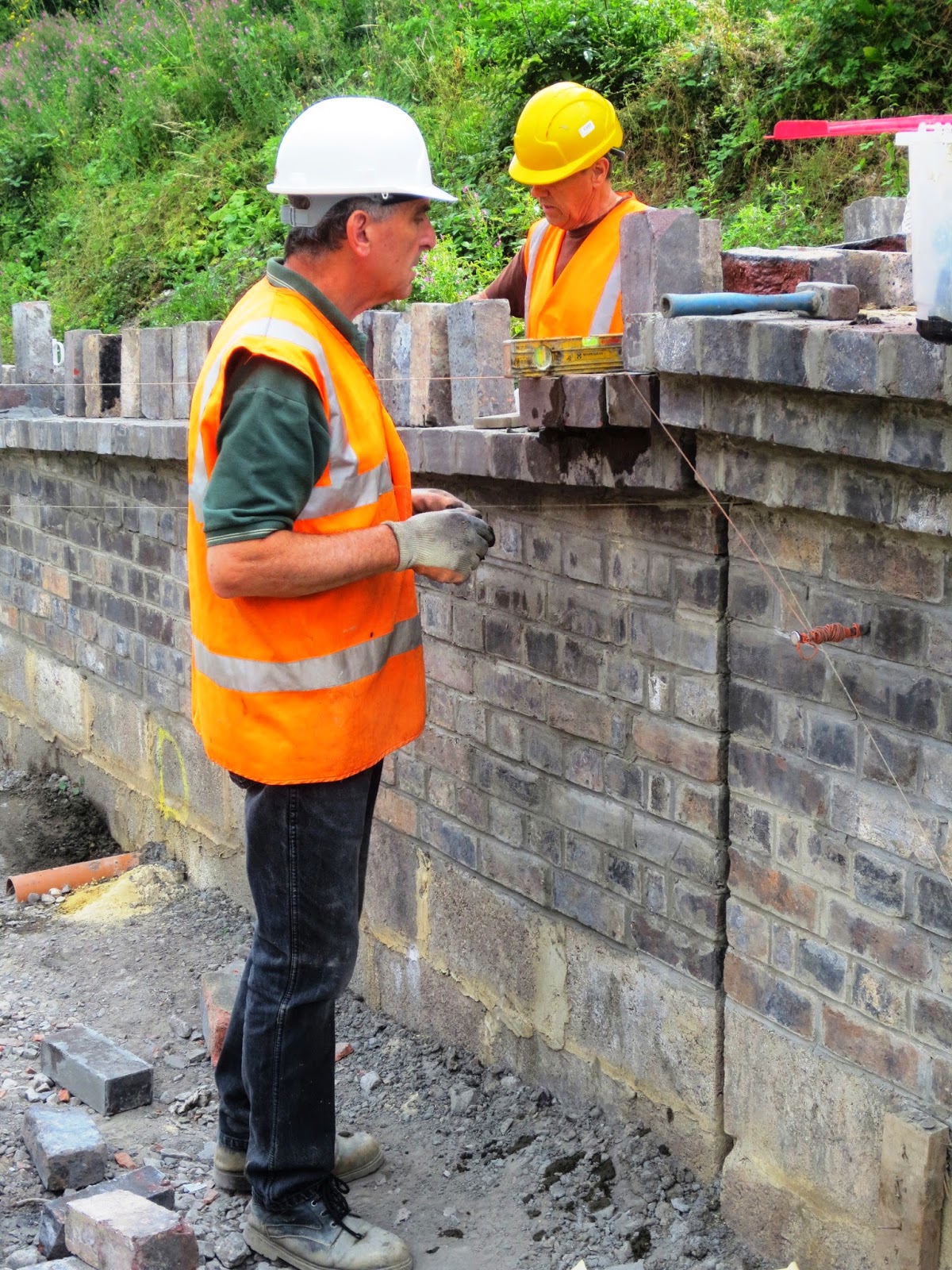 On 1C  good progress was being made at finishing off the corbelling and to lay some coping slabs. This has to be done slowly and carefully on both account and the guidance comes from Roger B who has now done a few in his time! 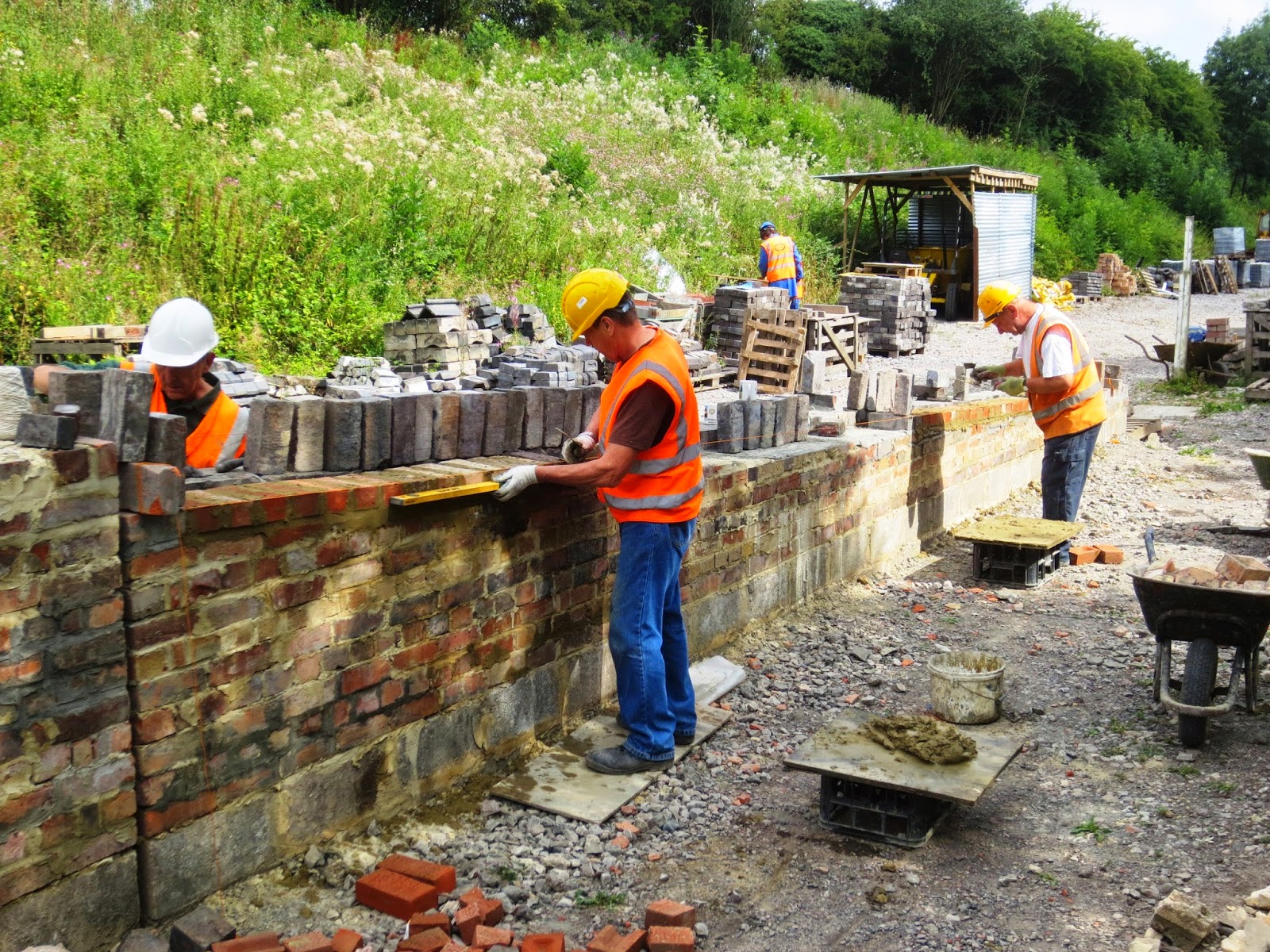 Rogers report for the day:-

Overall A productive day.
Platform 1c Clive & Terry completed the first course of the slope backfill.
The second course of 1c slope Corbeling is 50 percent complete by Roger & Clive.
Platform 1c Platform edging slabbing, 5 4x3 Slabs were recovered and laid by Terry, Brian, Steve and yours truly.
8 3x3 slabs also recovered and stored adjacent to Platform 1c.
We have only 1 3x4 slab left for laying, the remainder of platform 1c will be completed using 3x3 slabs.
Depending on Richards availability next Wednesday we should be able to continue laying Platform Slabs. 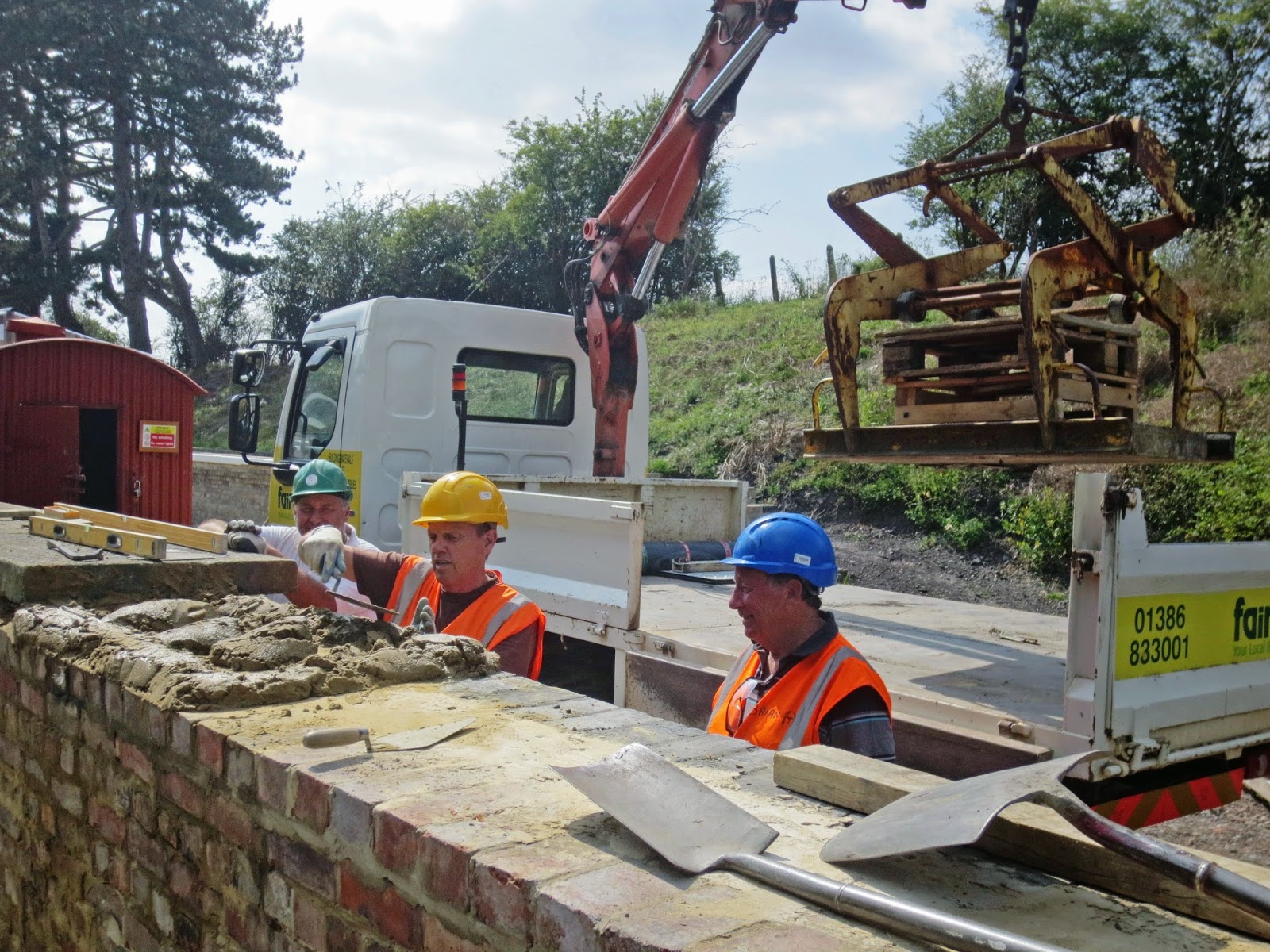 Richard and the Fairview Lorry came along to help with the slabbing (Richard has laid a few slabs also - like all of them!). Here Richard, Terry and Brian get set for the next slab. 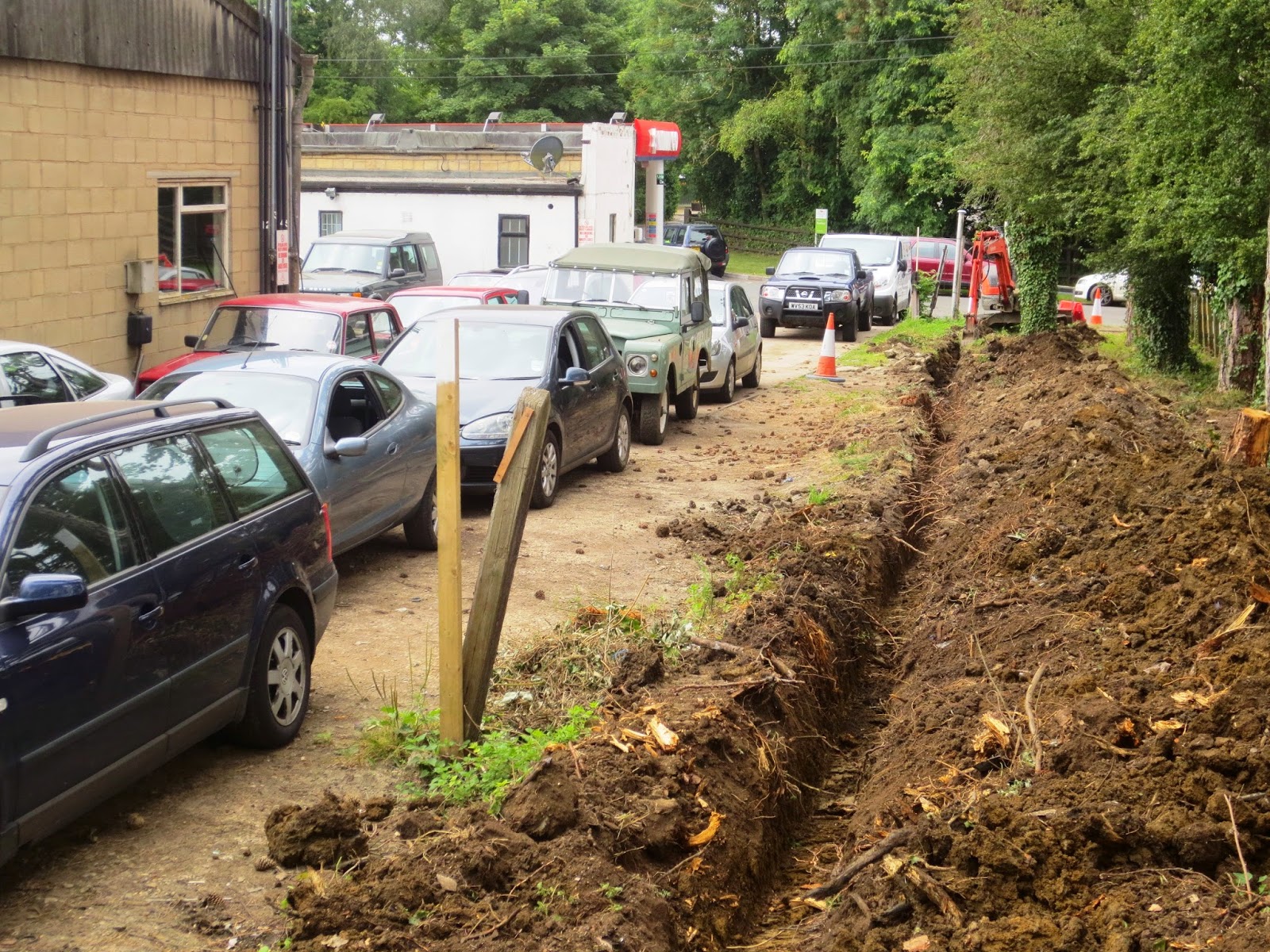 Finally, down on the eastern boundary we are putting in some drainage to stop water discharging from Railway land onto the Petrol Station premises.

We are making good progress and I hope to give you a fuller story next time.