JC, Jo and Steve B spent  the morning and into the best part of afternoon, laying bricks on the south gable end of the Signal Box.


JC, Steve B and myself worked on the signal box today. It quickly became hot and humid! The mortar had to be whetted down all the time, it dried so quickly. 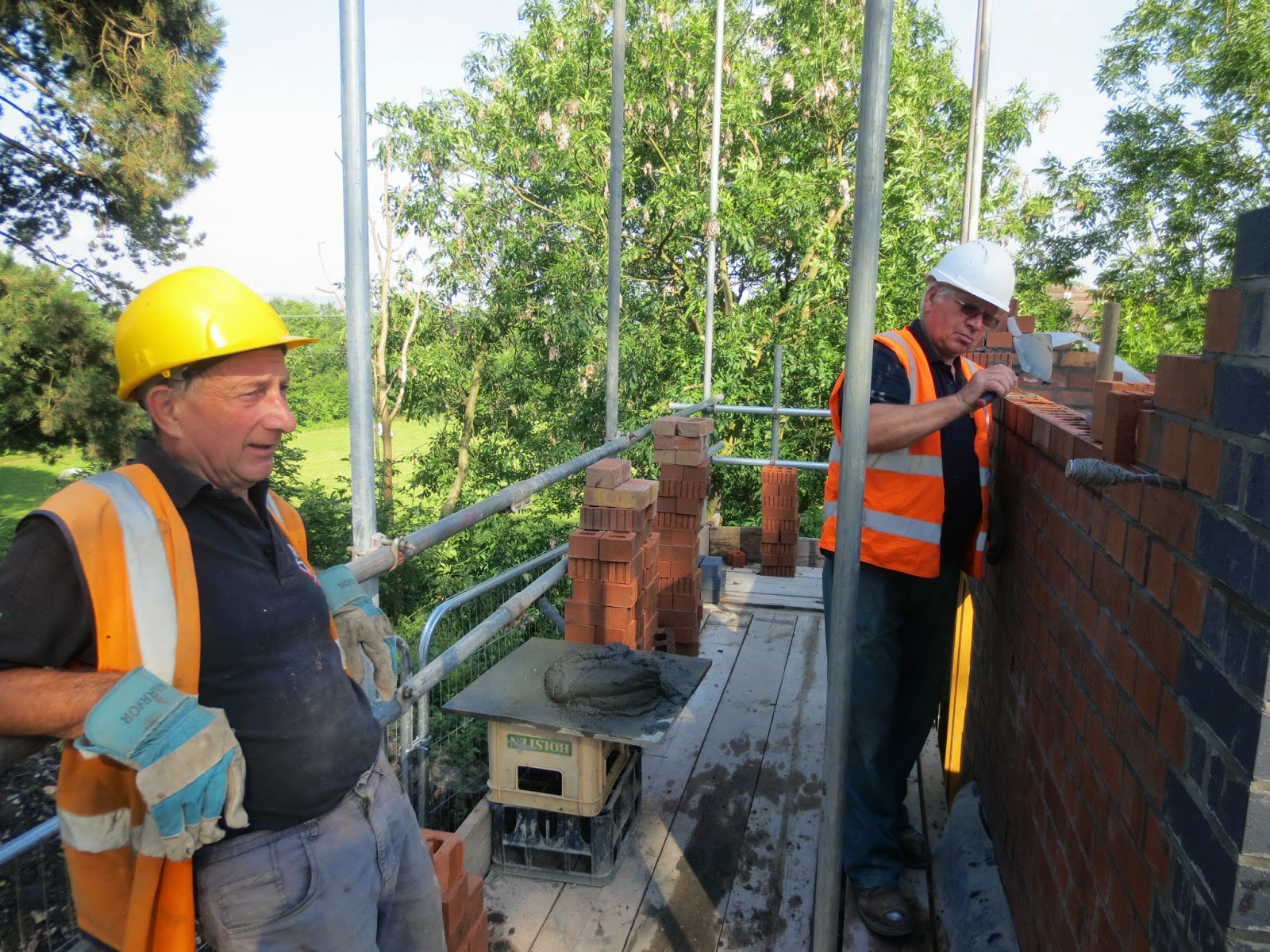 John managed to put 5 rows of reds on the southern gable end, and backed them up in commons on the inside. 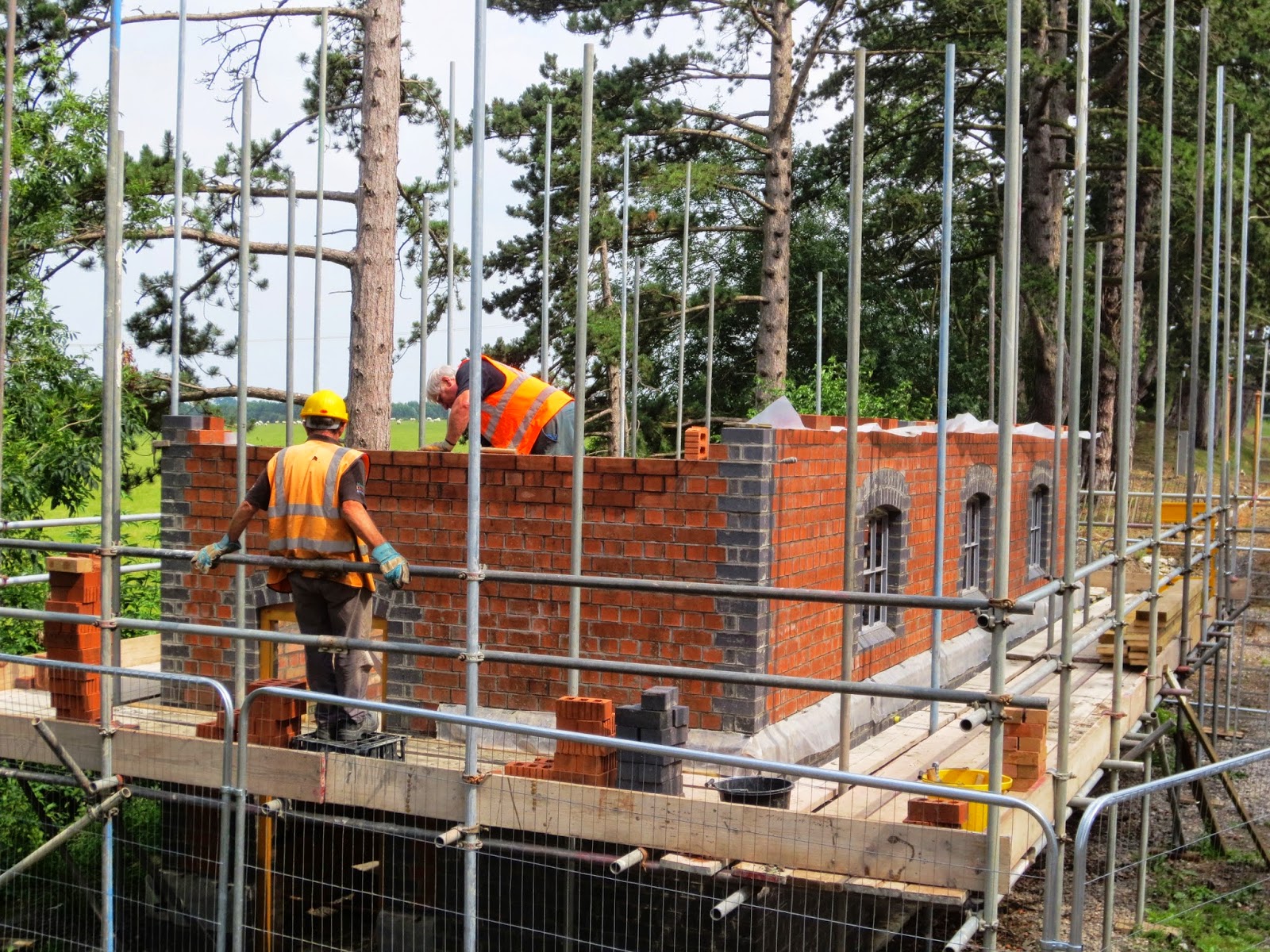 I attach a picture which shows the inside, as requested in a comment on the blog. Weather permitting, John is back tomorrow and Sunday a.m., when he will be building up the rear wall to joist level. 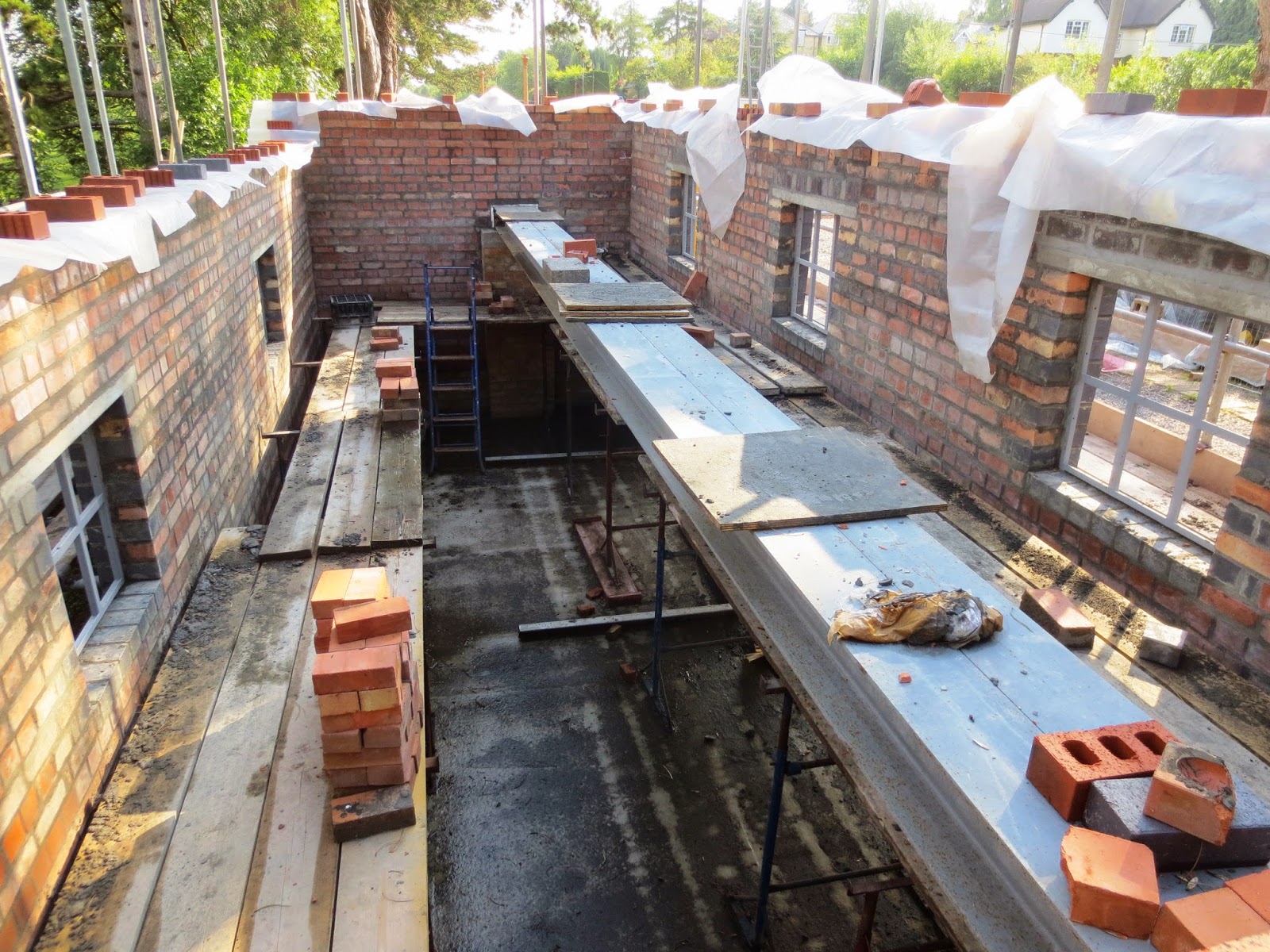 Talking of the joists, John brought a saw bench with circular saw and support, and this allowed Steve and myself to saw the joists to the correct length. They are ready to go in – not long now! 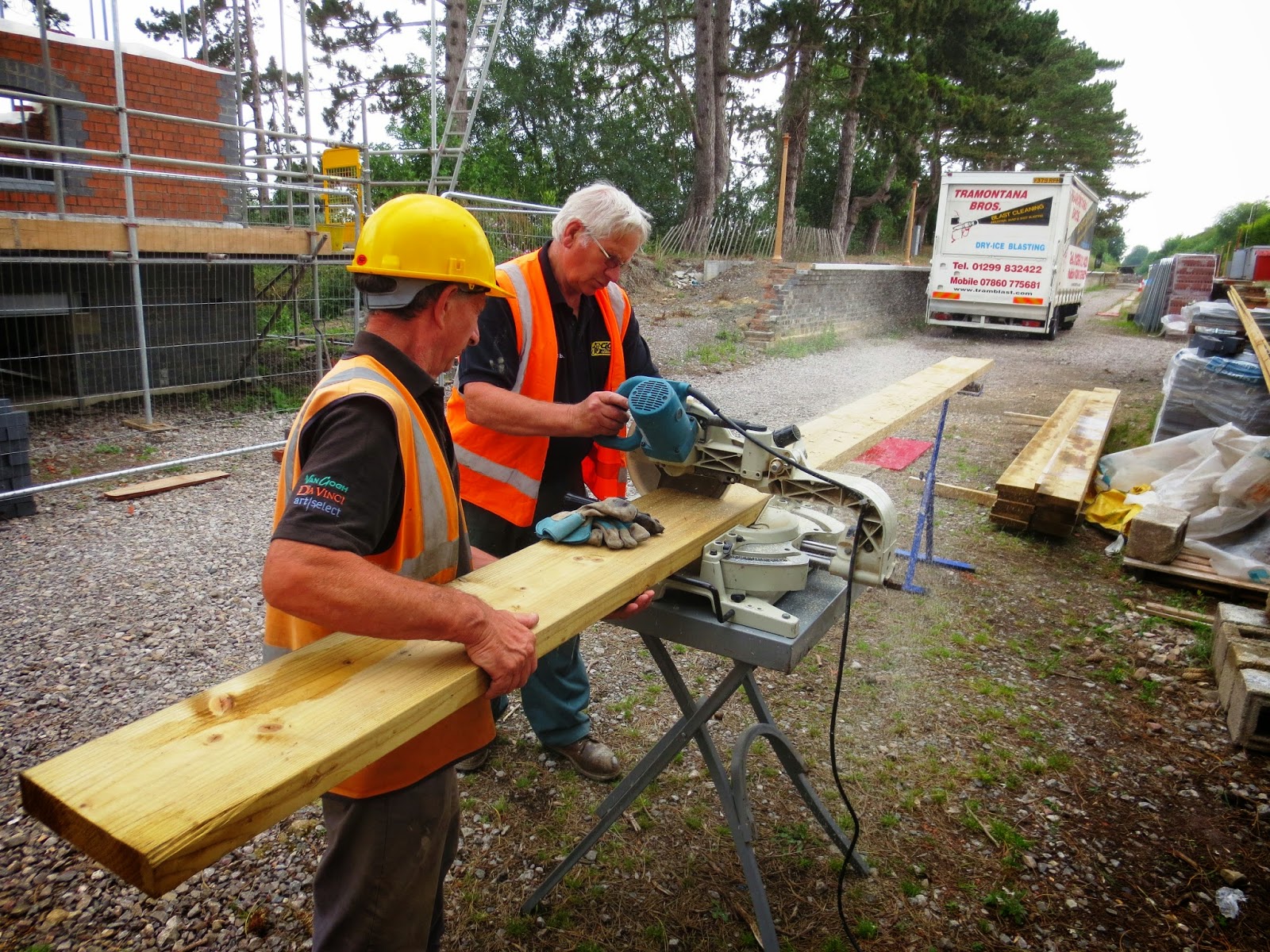 This being the hottest day of the year so far, we called it a day when the gable end was finished, pointed and rubbed down. We sat gasping in the shade of the cabin with a final cup of tea.

Chapeau!As they say in France! Heroes all.