The Broadway Area Group were keen to play their part in making the Gala a success. In order to not to stretch our scarce resources  to much, we decided to have some special events and exhibits on the Saturday and Sunday only (although Marguerite will be there on Monday!!!!). Fortunately the weather turned from winter like on the Friday, to positively glorious over the weekend. phew! The hard working Gala Organisation  Committee for the GWSR must have been so relieved! I should emphasize up front my total admiration for all the successful hard work put in by the Gala Committee. They were  also extremely helpful to us.

Broadway site was a joy to see. By the weekend it had been spruced up like a new pin. The embankments were clipped  and the site neat and tidy. You don't realise until a big occasion like the Gala requires it, just how many muddles accumulate! Naturally for the Broadway visitors we wanted to show off, with pride, all of the great progress made during the last year. We also felt a few extra attractions would be appropriate, especially if they were free of charge! 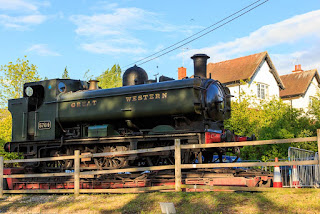 Our star attraction therefore was the  Static display of Pannier Tank 5764 in the car park.  5764, designed by Collett,  was built in  Swindon in June 1929. Assigned to Old Oak Common  it spent remainder of its working life for Brtish Railways and was withdrawn in 1960. It was then bought by the London Transport Executive  and remained in service  with LT until 1972. It was then taken into private ownership for preservation. That was our luck day. We have enjoyed its company! 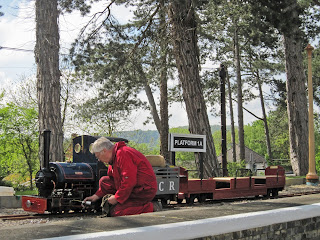 We also managed to have the services of a 7 1/4 gauge steam loco on site, running up and down platform 1A. What a little beauty it was and a great attraction to the  visiting children. It was the closest we got to having steam on 1A this year! 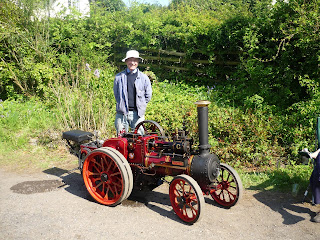 Also in the car park we had a miniature traction engine competing with 5764 for interest. What a little gem this was! I could have watched it all day . Like the 7 1/4 gauge loco it was a masterpiece in engineering craftsmanship. Thank you to all the connections for the time generously given. 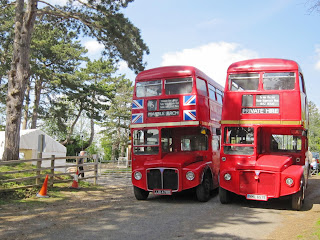 Of course the classic buses that brought visitors over from Toddington were no small attraction in themselves. Here is a sight you will rarely see on the roads today - 2 red Routemasters side by side!
Graham Smith, a great friend to Broadway who had driven people in from Broadway on the Open Evening, rushed home to get JJD478D for the a photo opportunity. Brilliant. 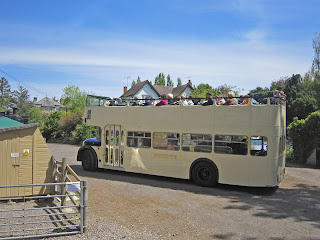 On Sunday the bus changed, appropriately given the glorious weather, to an open topped bus. Second only to a train ride this must have been a very pleasant way to travel to Broadway in the warm sunshine.

Finally I cannot speak highly enough about the Volunteers who made all this happen. Volunteers are the life blood of the railway and nothing would be possible without their dedication. By next week all of the razzmatazz will be gone and the BAG will be back to slogging away to make our dreams a reality. Thank you to those who came to visit us and those that supported us from afar.

Here are some photos of the event from various sources, not least Jo Roesen:- 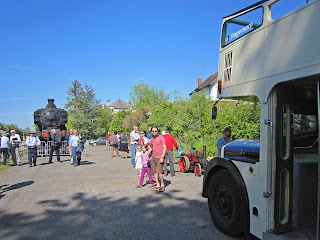 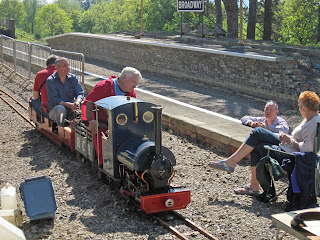 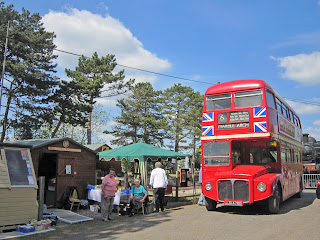 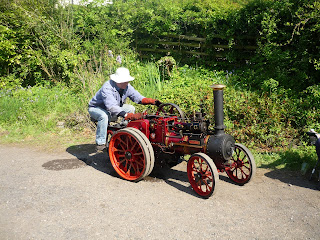