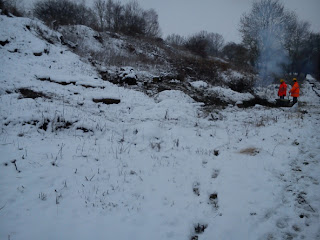 All very scenic today, but the snow limited the jobs that could practically be done. The 3 stalwarts that did a full day, Rod Terry and Tony, did some more slashing and burning in the car park.

John Crawford turned his hand to some electrical work and, much as usual, I "sorted "a few things out! 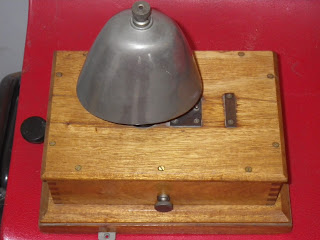 Terry, a constant source of railway treasure, brought along the signal box bell from the Over Signal Box, donated by a friend. What a gloriously simple but well made piece of kit it is. I  clearly remember as a keen spotter sitting in the field by the Elmbridge  Signal Box on the Cheltenham- Gloucester stretch (then 4 track) and the bell would tell us what was coming. Four rings as I recall was all we wanted to hear! Happy days. 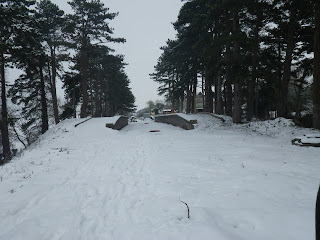 Another Broadway scene, but frankly I've seen enough snow for this year!
Posted by Bill at 16:37

Found this on Youtube if its of any interest!?