Broadway like so many other towns and villages in the country put on a number of events to celebrate the Diamond Jubilee. Yesterday was Proms on the Green with face painting, fancy dress parade, pony rides, children's entertainer, pony traps and bus rides. 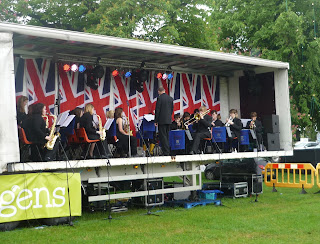 There was food and drink, live music from local artists  and Firework display at 10.30pm. The Broadway Area Group were invite along to tell people about our work and to also man the overflow car park. There was a marvellous turn out of people despite the heavens opening and the rain giving everyone and everything a real soaking. It shows how resilient we British are!


Here is our stand which was looked after by  Jo and his wife Hilary for the whole afternoon, despite rain of biblical proportions blowing in from behind. I'm sure the organisers were thinking of sun shades when they chose the gazebos. not monsoons! Jo wasn't quite so grim as the picture portrays just eating his fish and chips.


Graham Smith, a good friend to the Broadway Area Group was running his Routmaster from the Green and was busy with people looking for some respite from the rain. 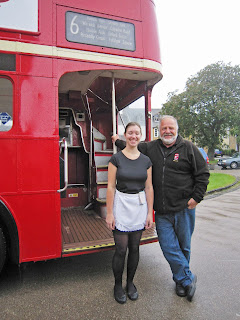 Graham and the very pleasant waitress from Tizanes who kept Graham supplied with hot tea and crumpets.

It was a good day, full of good humour and camaraderie but oh so wet and cold.


I must thank the BAG team who turned out, John Blofield who masterminded our involvement, Rod Whitcombe, Mike Speake, Jim Boyes, and Bob Jones who toiled away all afternoon in the Lygon Arms overflow car park, gather money for our cause.
Well done everybody!


and the rest of the photos! 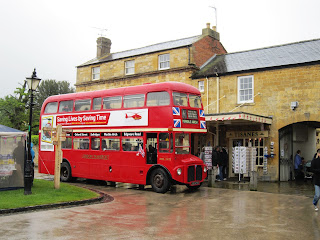 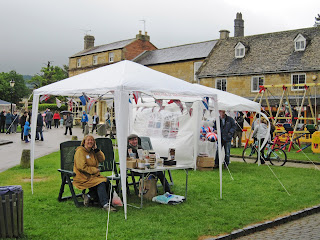 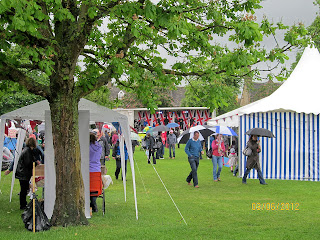 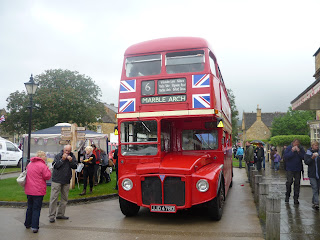 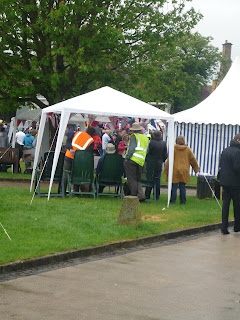