There were 18 of us on site today and 3 main tasks in progress - and a few others here and there! The wind (gales) where particularly troublesome, and brought in an hours cold rain at lunchtime. However volunteering on the railway is not for the faint hearted and so work proceeded as planned! 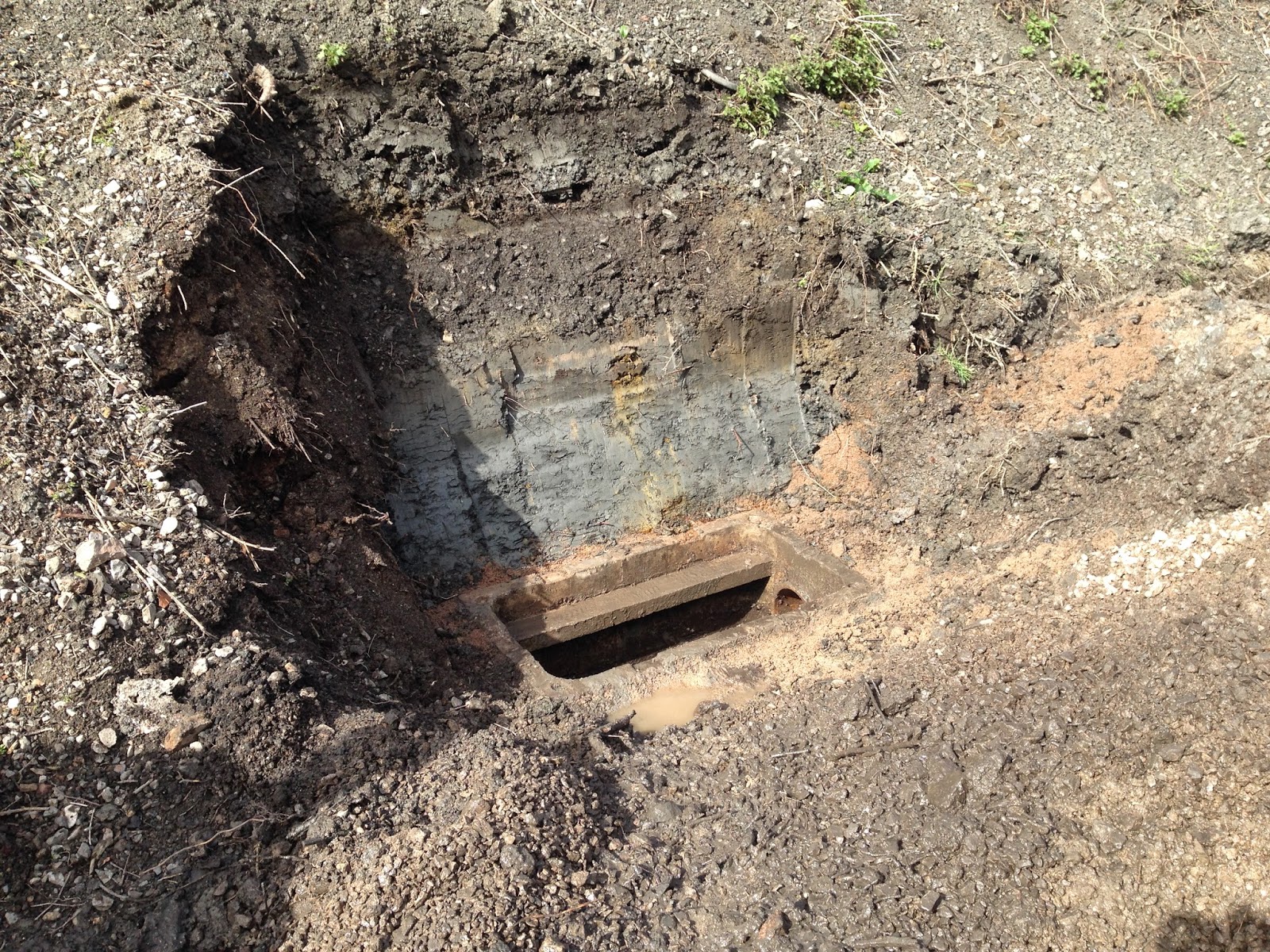 We had Steve Warren with the 360 excavator today and he certainly earned his money. His first job was to clear  aside the spoil that was hiding  the last 3 catch pits. Experience told Steve  exactly where they were, and voila,there it is  and the bulk of the  ballast removed as a bonus. 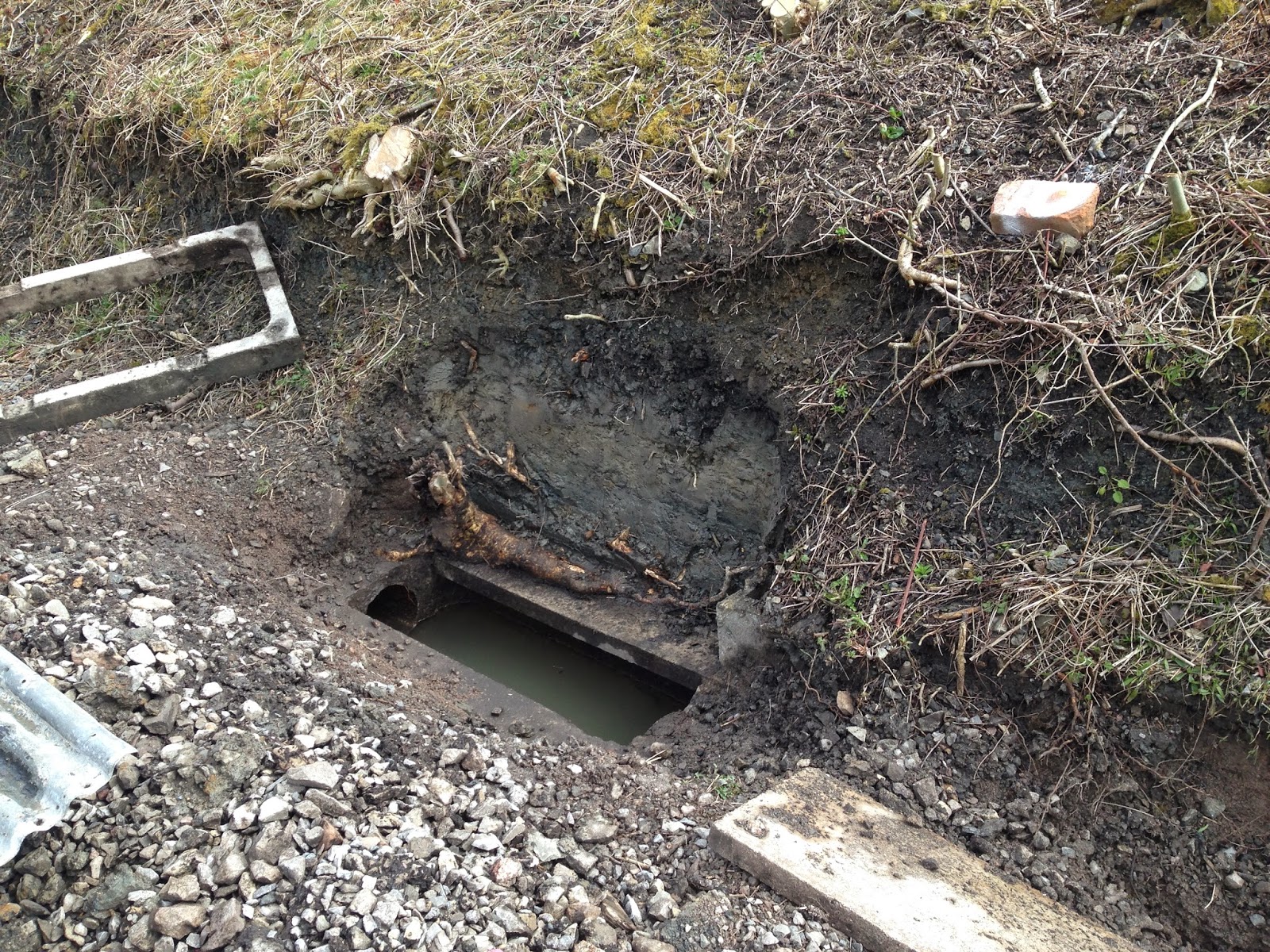 Over on the Cotswold side another unearthed catch pit has a tree neatly growing in it. Its an ideal way to blunt a chainsaw!

However Any P and his chum Stuart were with us today and had a blunt  chainsaw  specifically for the task!. In fact he has most things on his wagon now. His  great work for the Railway over the past couple of years has allowed him to build up a stock of the best equipment for the job. 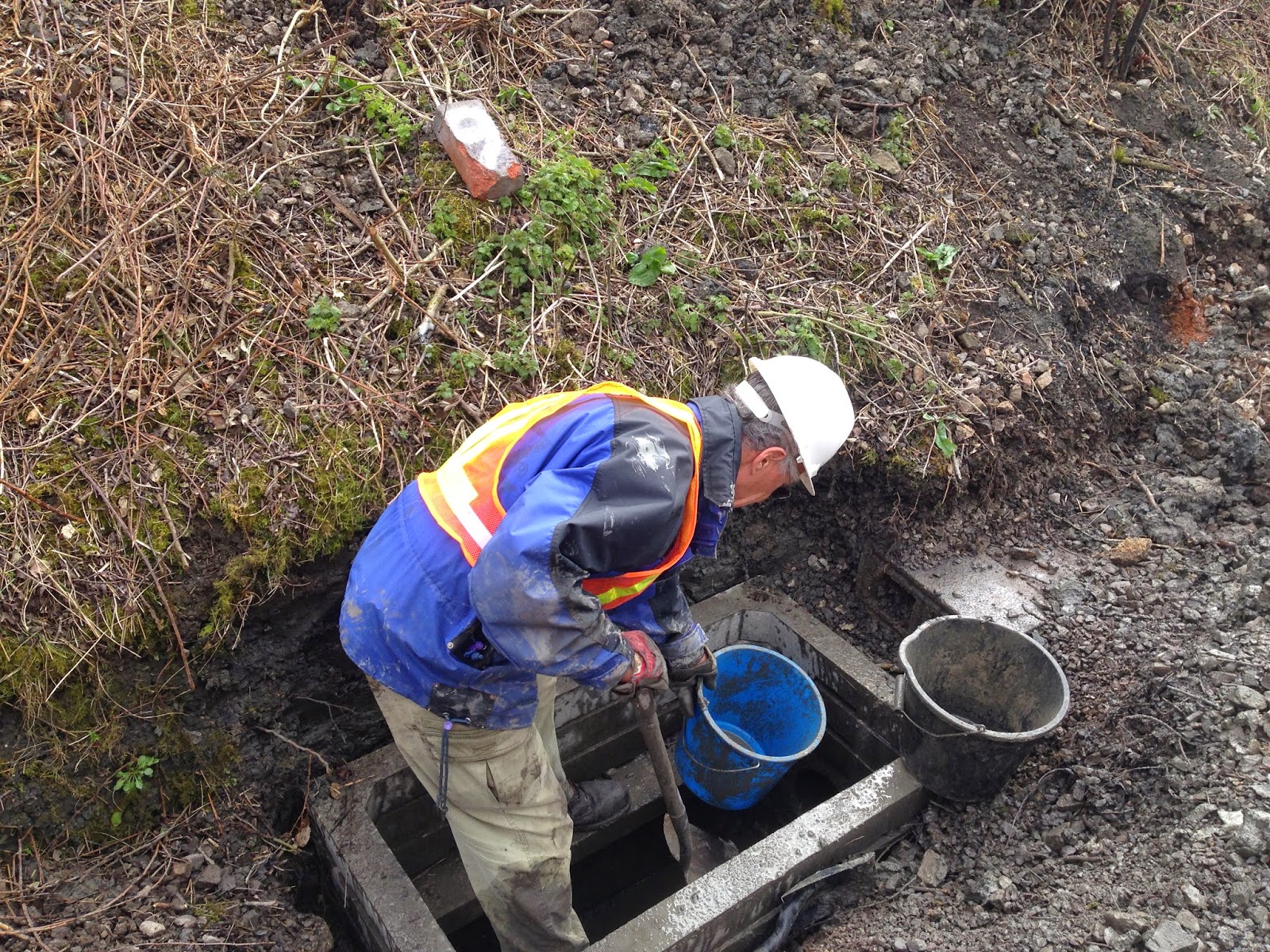 However when it comes down to it, there is no better way of cleaning them out other than wellies on, and shovel in hand. Ron T spent all day on this particular pit - the trouble was that it was filling with water faster than he could bail it out, in order to get to the sediment in the bottom. Nice one Ron. 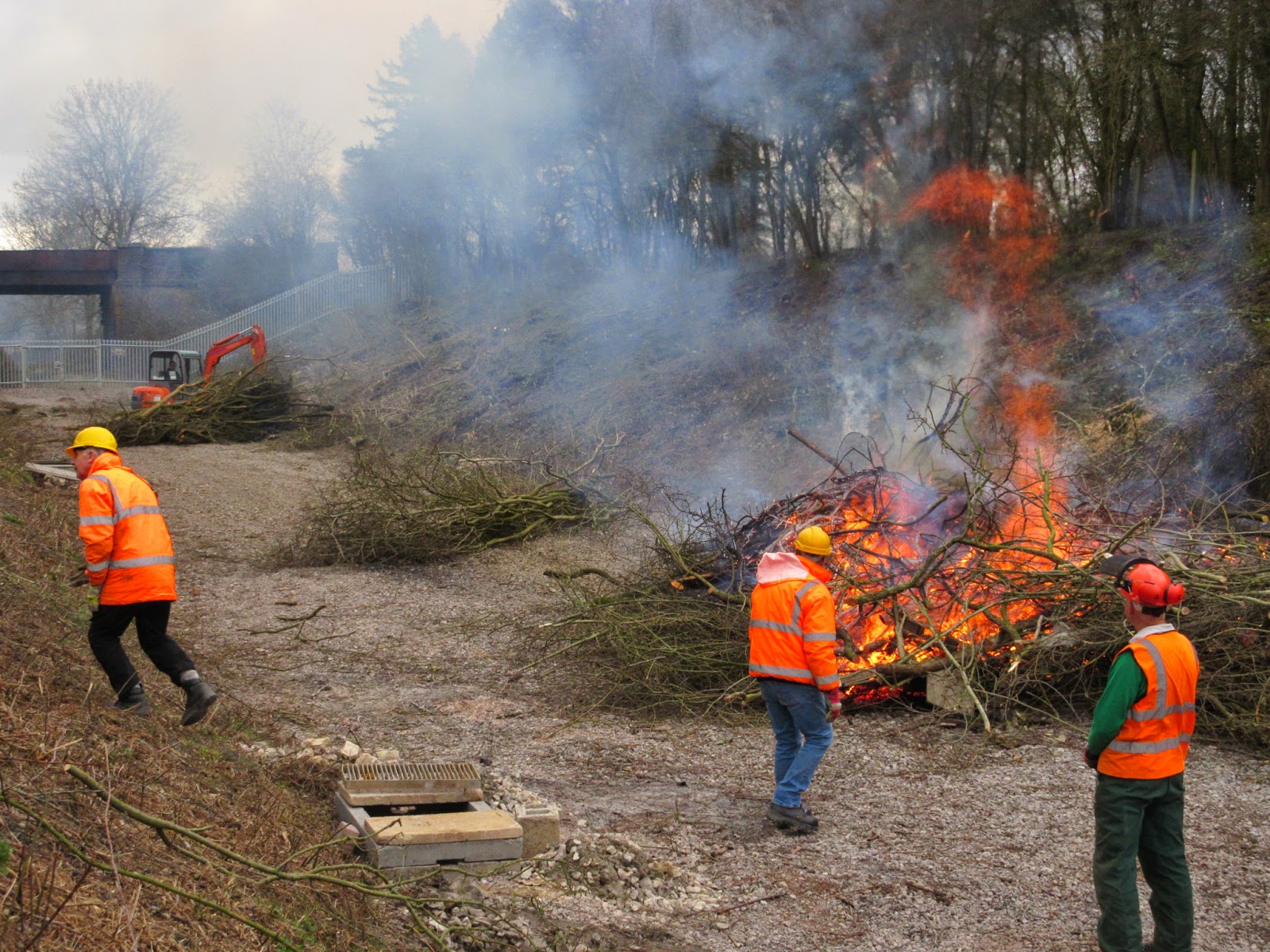 On to other things. Staying  northward for the next report - Steve moved on to bringing the wood debris  down from the banks of the cutting. It was remarkable how the  task that would have taken many days, by hand was completed in a relatively few hours. 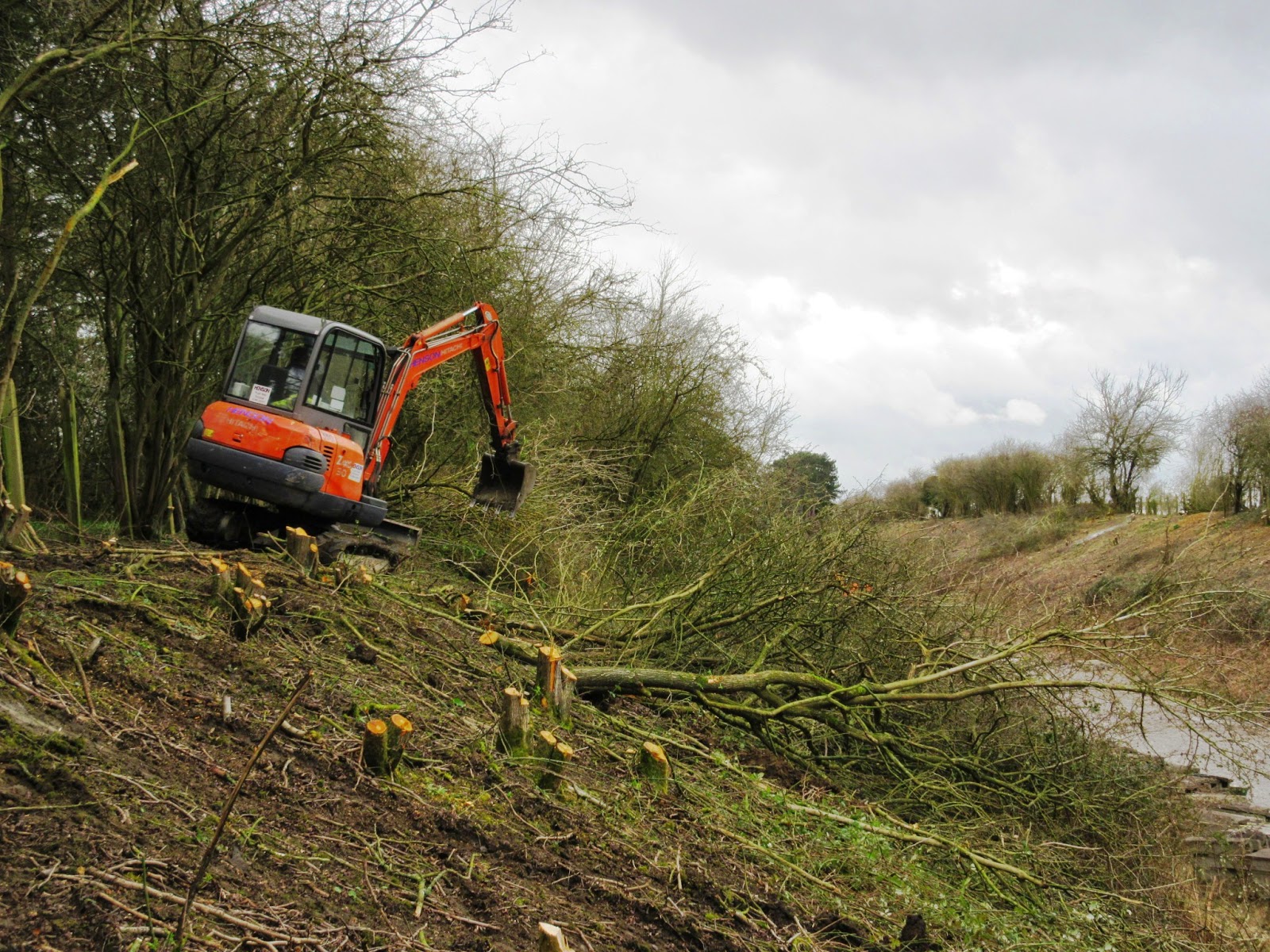 The excavator moved up and down the banks at , what seemed to the layman, perilous angles.

But the end result was  superb, all the cuttings of the previous weeks was brought down  to the bonfire in double time. 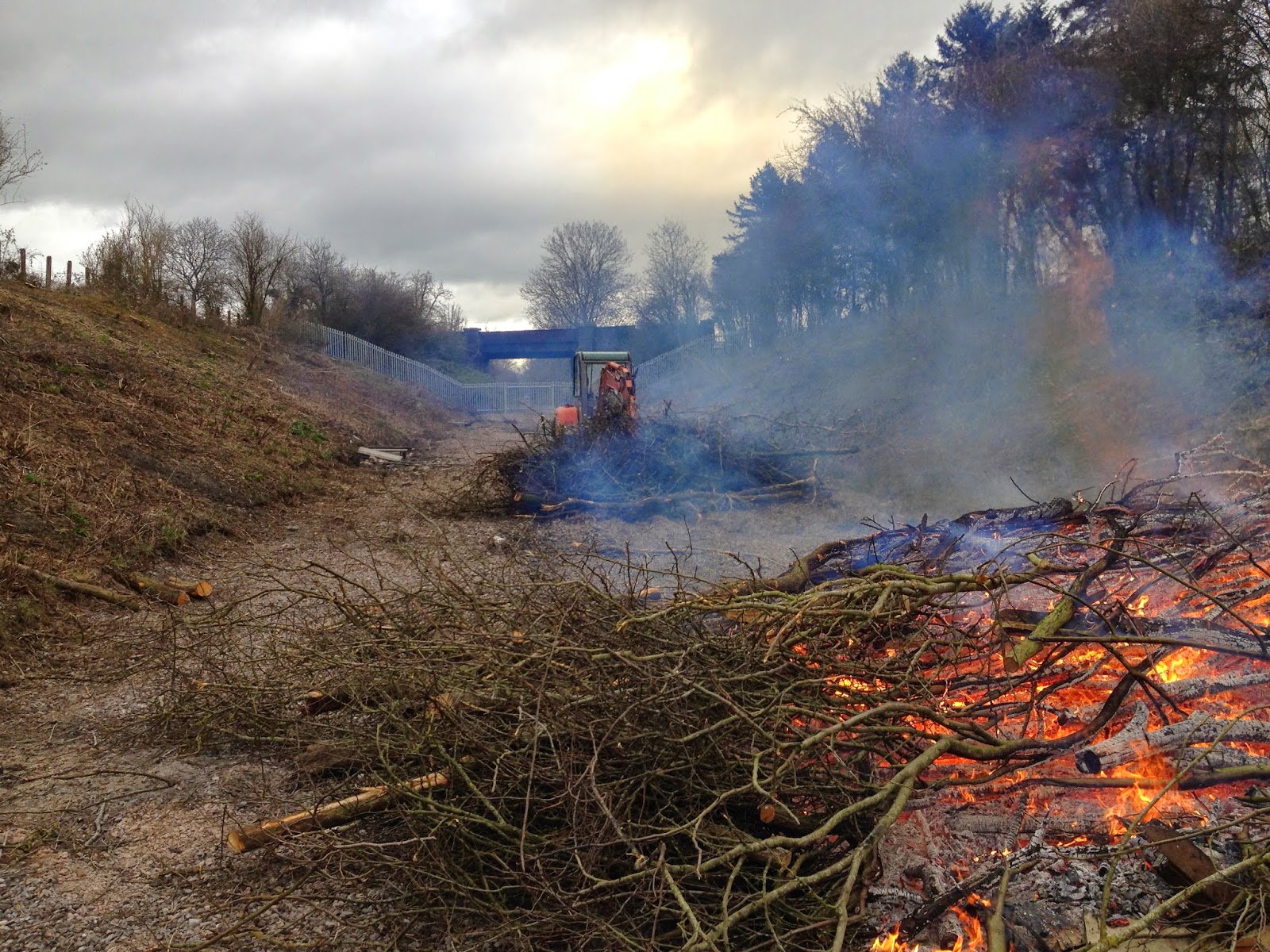 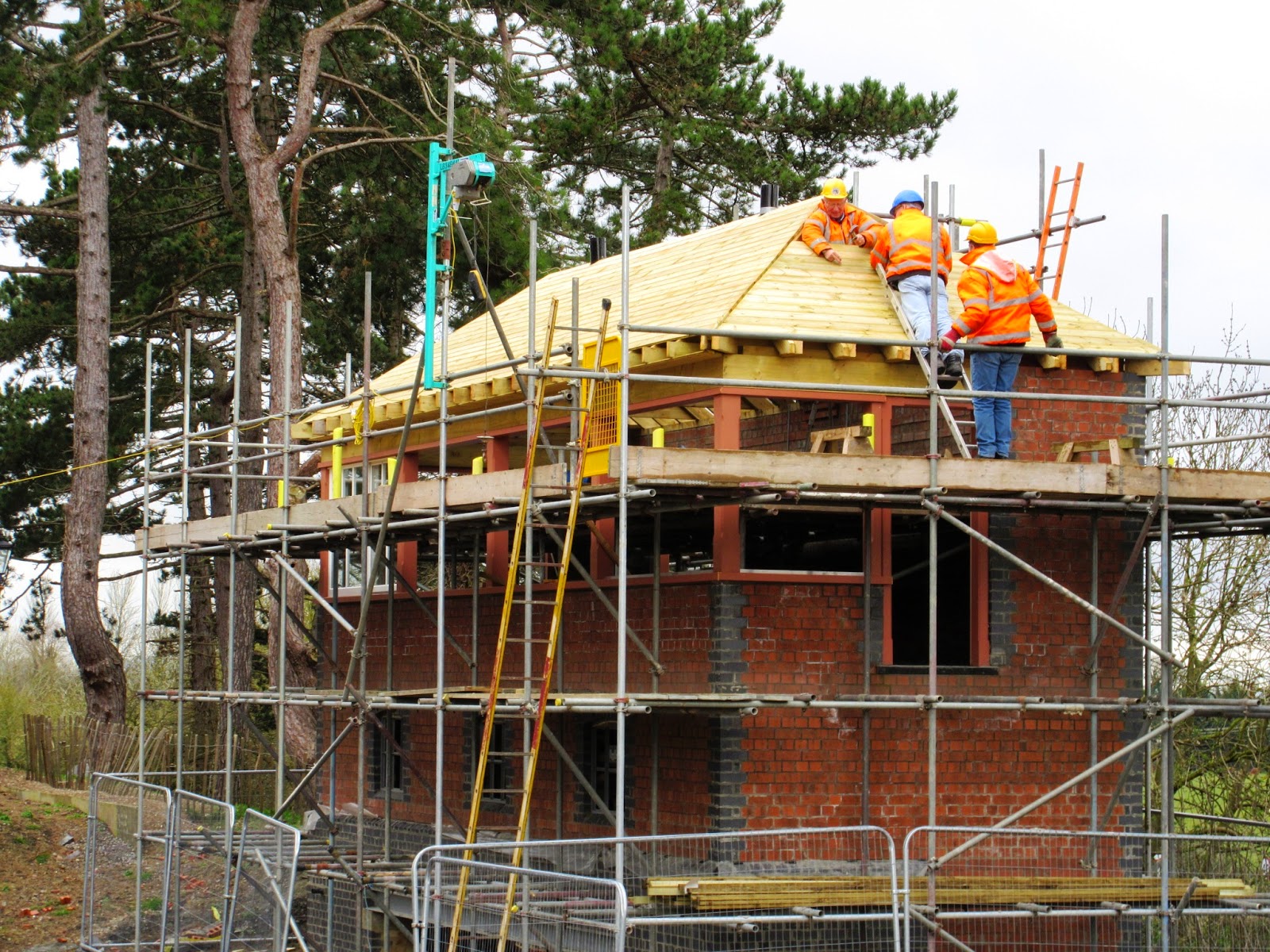 Here comes the next load neatly trapped in front of the digger. Thanks Steve  and all the volunteers who did their best to avoid the smoke whist keeping the fire going.

There is a video in production from Jo on this link.

Finally, last but by no mean least the northern gable end was  completed on the Signal Box by John S Tony, Peter K and Jo. 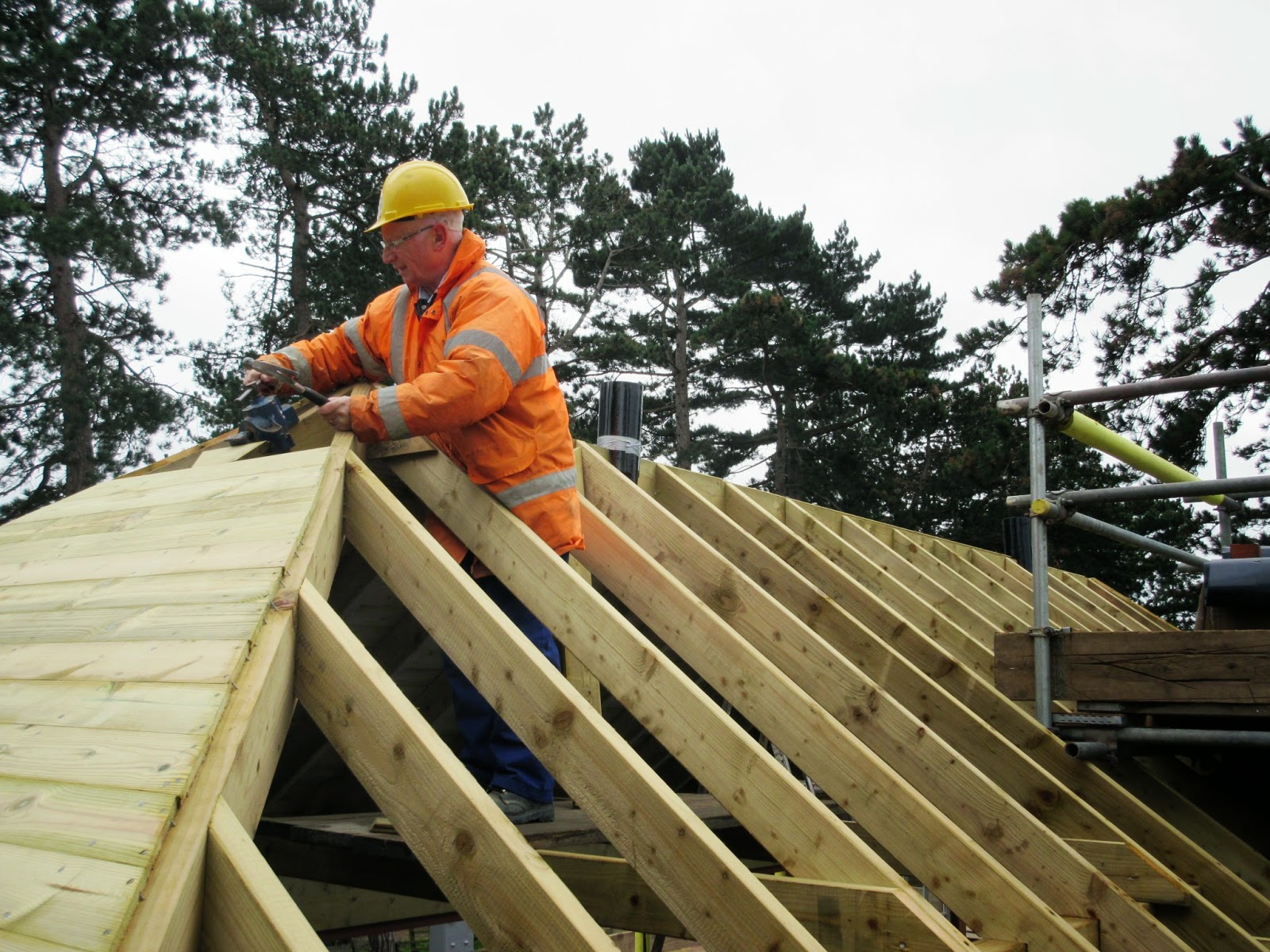 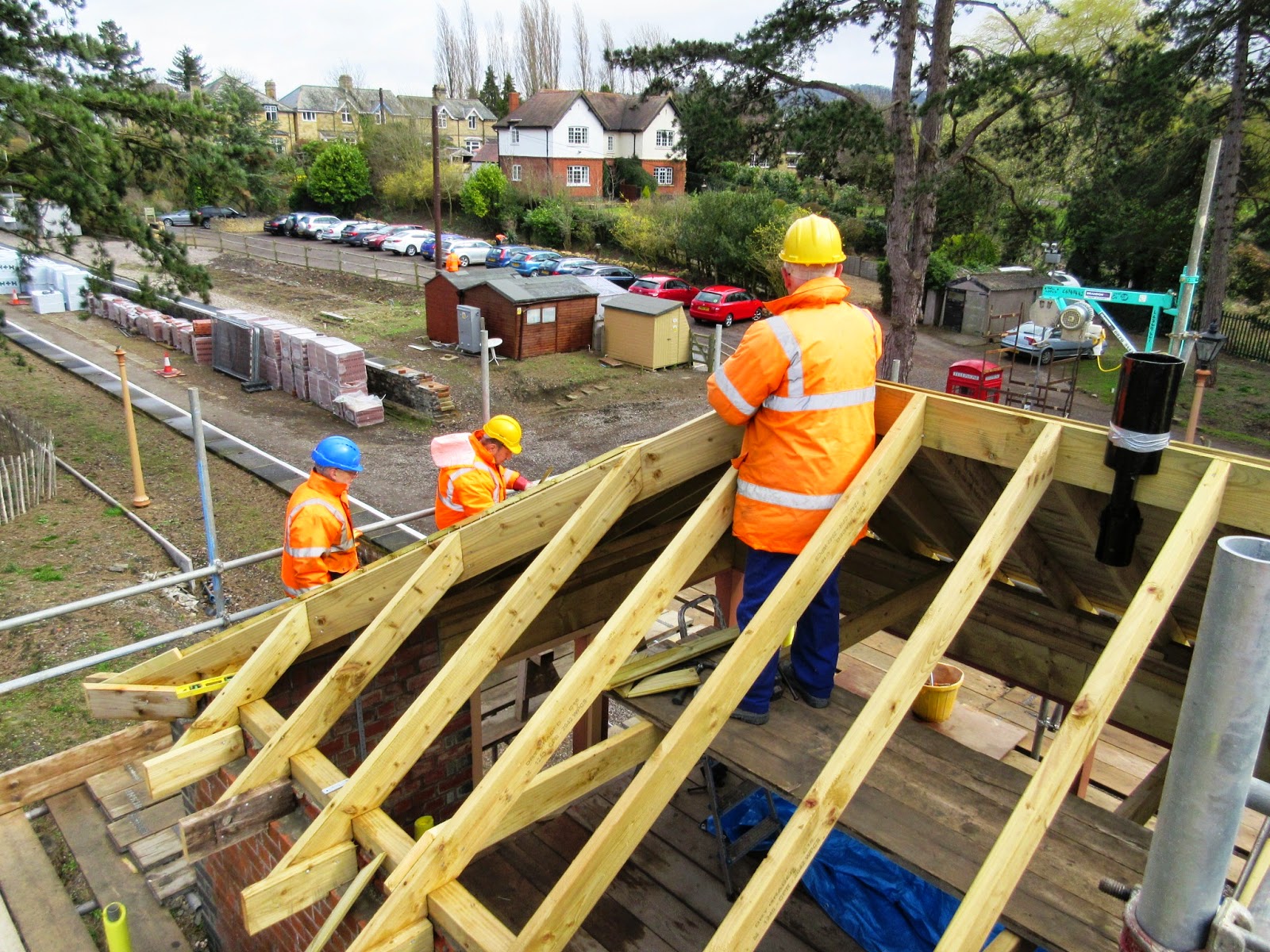 As you can see  the last part of the job is to complete the rear of the roof - this may need the chimney scaffold removing to make it a doable job.

As I said in the title, it was a great days work, everyone stuck to the task, and great progress was made.

I see from a comment on Nat Pres that the island building at Goring is due for removal as part of the GWmainline updating .... are any of the roof beams or fixtures suitable for re use at Broadway?

Wow, from this pic it looks like there could be quite a few specialist bricks and fixtures that you could salvage, well worth a look if you could get it!

Reference the drain work that was done today, the mystery cross drain found in catch pit 11 Cotswold side probably does come from the cattle dock. From my picture it's a short run, seems to rise and end in a concrete ring chamber. Looks very clear though.

Stuart,
Thanks for the info. and all the help!

Anon. above. We have all of the building material for Broadway Station and Waiting Room - we just have to get on with it!

Isn't Honeybourne going to be an island platform? It will need a building. Pity, they could just pick it up and move it!

Is the station to be built in reclaimed material or new brick as with the signal box?

Paul,
As with the Signal Box the other buildings will be weathered new bricks