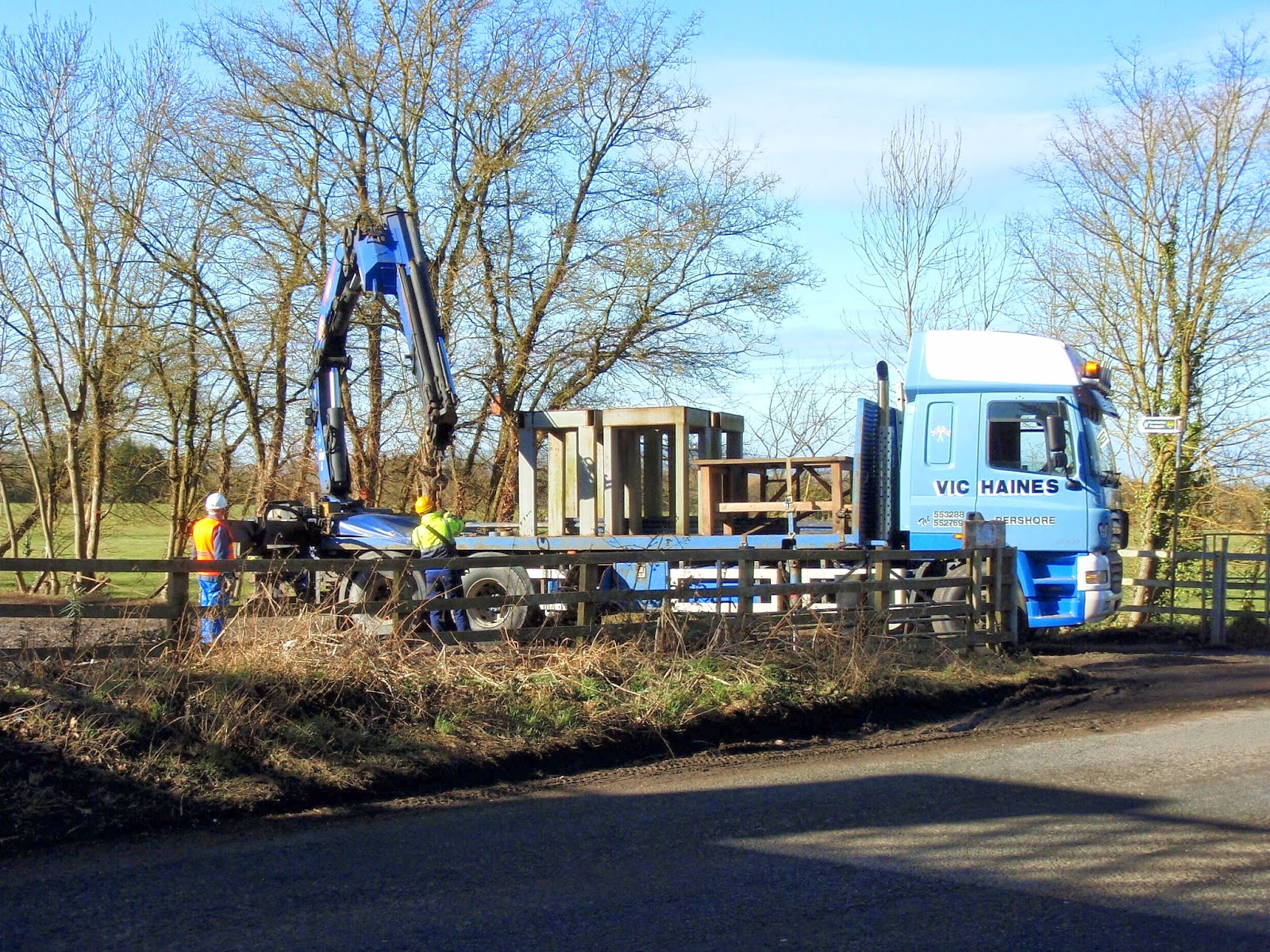 It has been our intention to get the footbridge stairs down to Broadway for some time now, and we have been thwarted on a number of fronts. However it moved  a step closer(only a little pun intended) with the delivery by Vic Haines Transport of the 4 stools to rest the stairs on.

In addition you can see we purloined 2 very sturdy work benches. I am in awe of the skill of the drivers of the HIABs when  unloading their lorries with such precision. Precision is the name of the game with positioning these stools by the way. The stairs are large and extremely heavy. 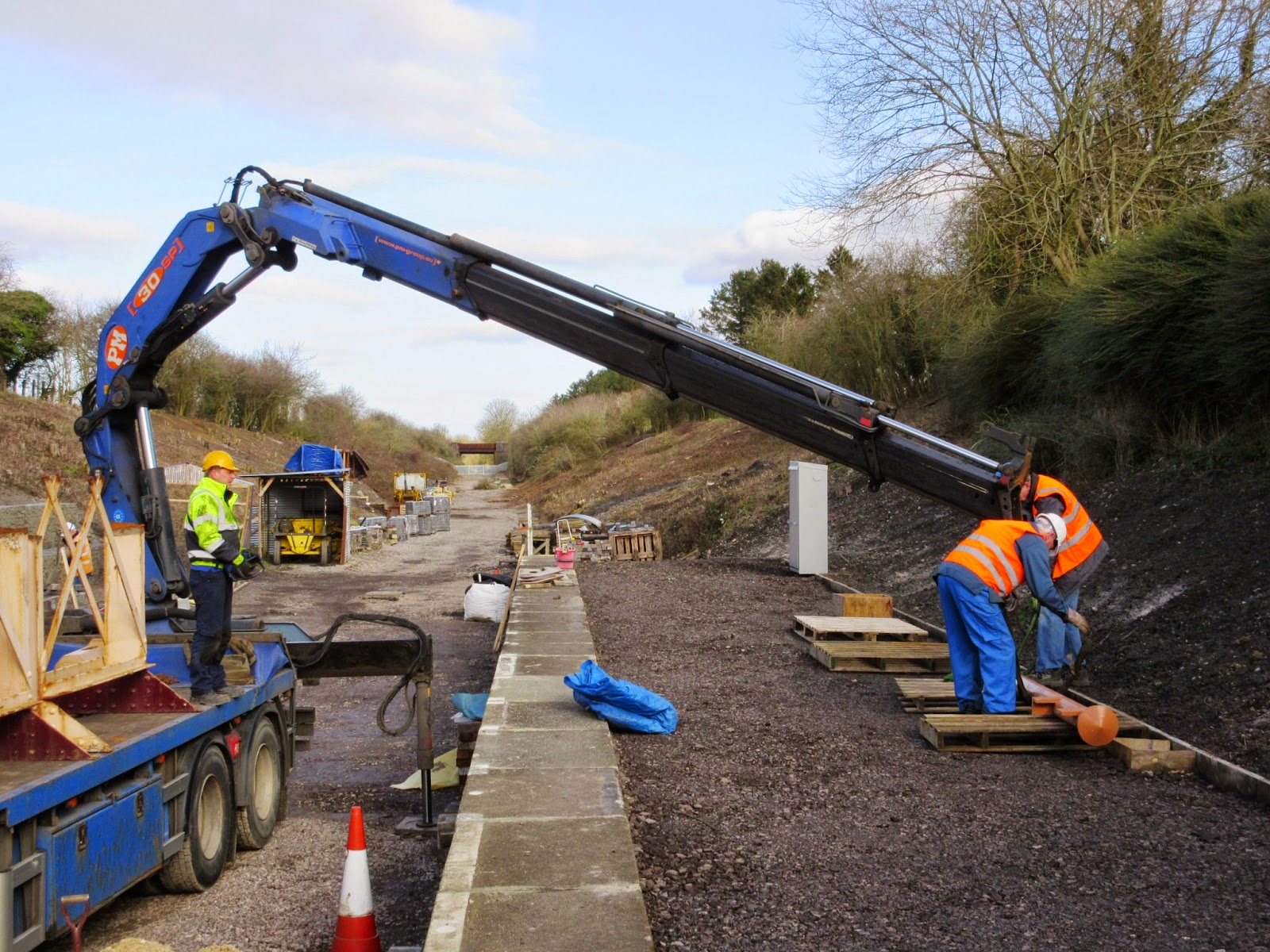 When the HIAB had finished his work with the stools he was persuaded to give us some time to clear some of the track bed to create more storage for bricks - the old bridge trestles and the lampposts waiting installation for instance. 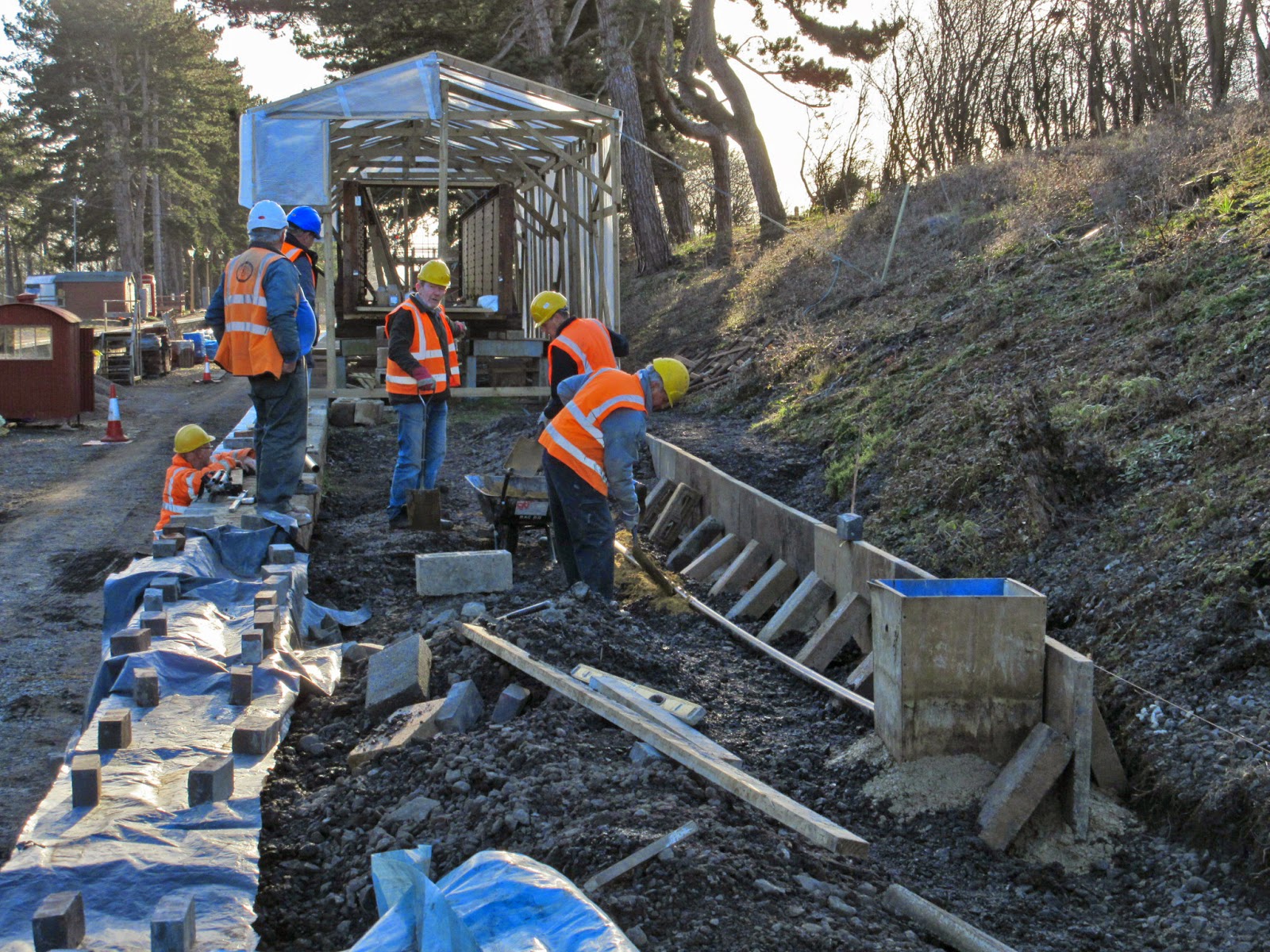 On the subject of the footbridge, the span enclosure was being worked on all day.
Here you can see the end walls of the enclosure have been started. We have had various suggestions as to what we can grow in it in the meantime, from whacky baccy to tomatoes. I think the lads working on it have heard all the variations now! Thanks to Jim and the bridge crew today - we're making progress on yet another front. 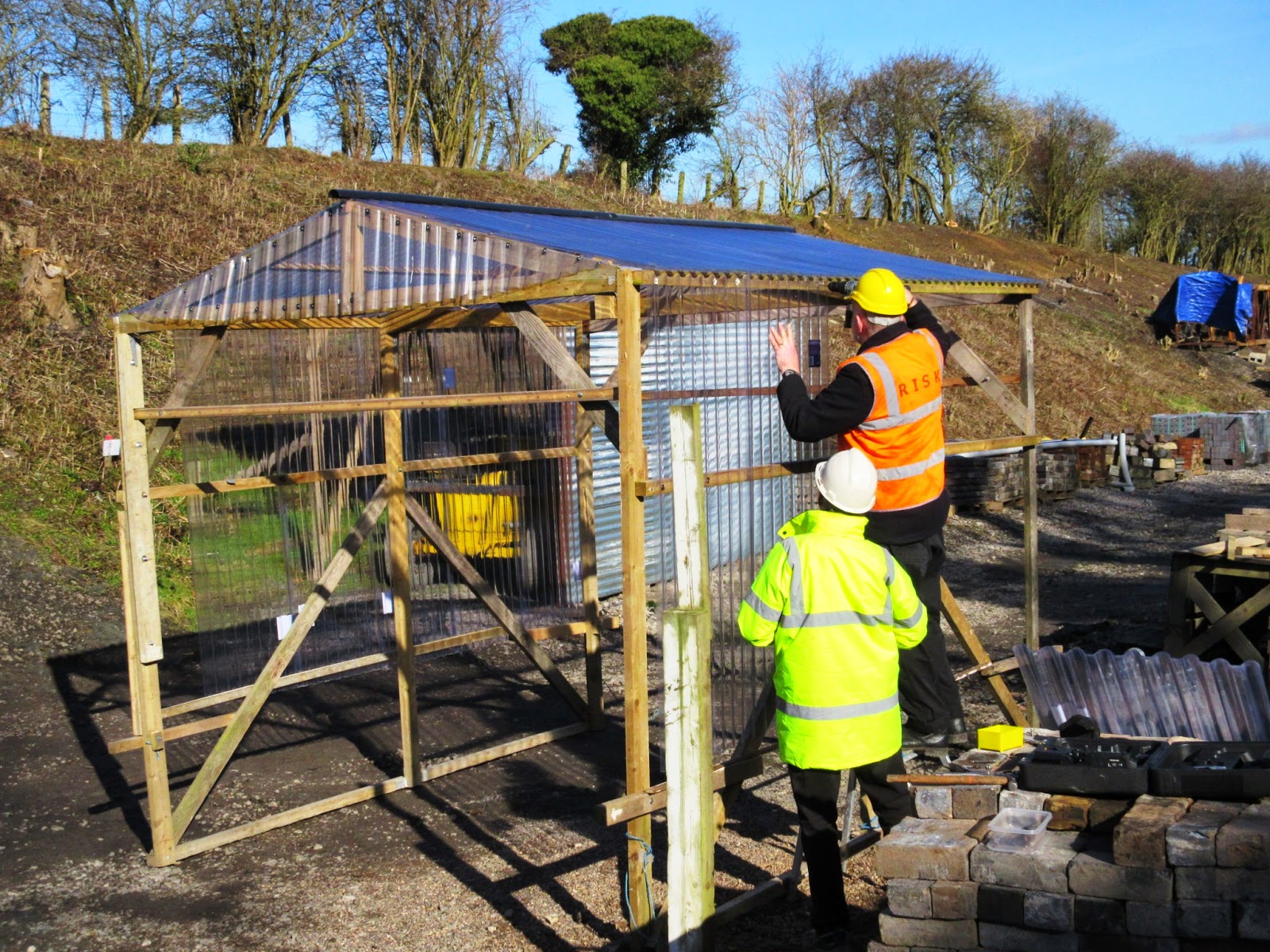 One last diversion, the brick laying shelter has been titivated up to extend its life. A pretty neat job, but it does get heavier to move!

A great team effort today with lots of smiles of satisfaction.

I will pack this report in now as I seem to be leaving out more words than I'm typing.