Well the first workday in December, and the 23 Volunteers certainly new that Winter is here. The temperature first thing was hovering below freezing and everyone had to keep moving to keep warm, and hope that the predicted rise in temperature with the sunshine would allow some bricklaying to take place. 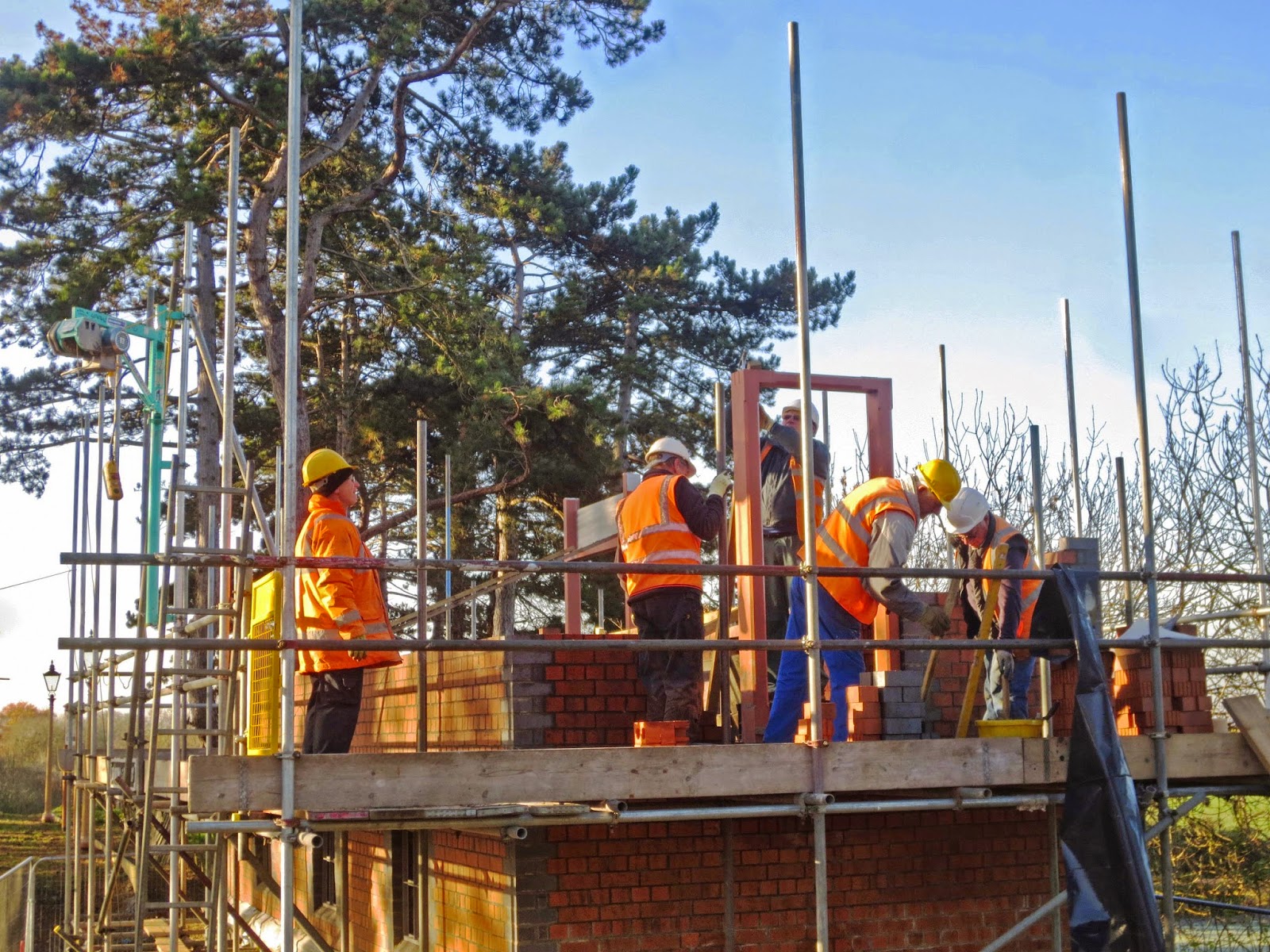 I'll start my report with the Signal Box where a full team were in attendance and ready to  move the job along. Here the door frame is returned to its correct position. This will allow the rear  side quarter of wall to be built up at the same pace as the rear wall. 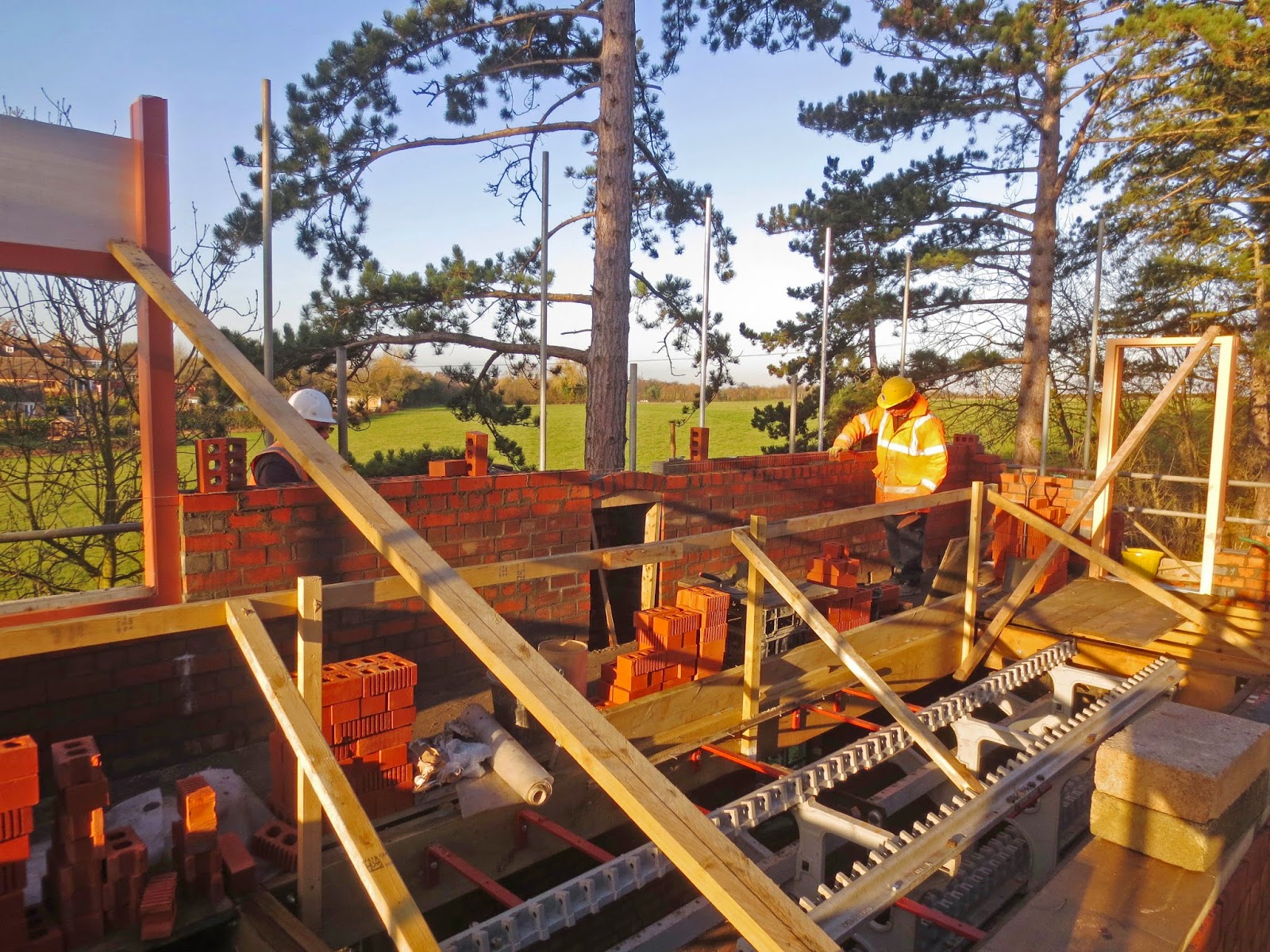 There was a concentrated effort to clear the ice from the previous laid course, where careful use of the propane torch came into its own! At 11 am the starting gun was fired! A team effort from JC, Bob W, Tony and Paul set-to on the rear wall. 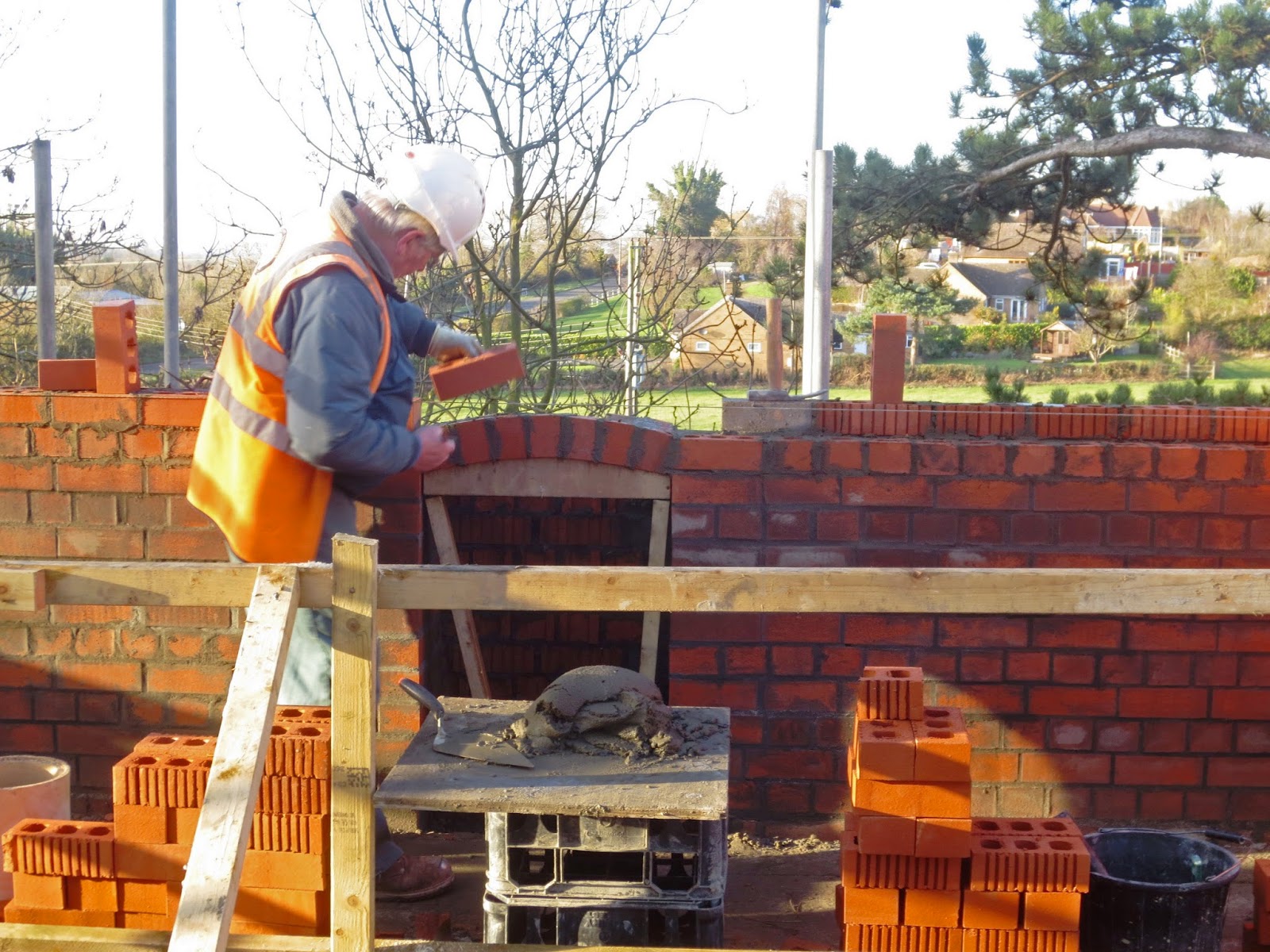 One of the nice finishing touches was the laying of the arch bricks over the fireplace. One of the many enjoyable challenges of  re creating  something beautiful from the past.

Whilst the bricklaying was in progress John S was busy fabricating the steel brackets that span the gaps between the trimmers and the lever frame. (see the oxide painted bars in the picture above). This requires oversize brackets to be shortened and new holes drilling. It is a painstaking task and John made good progress.


Hi Bill
The following is an update from the Platform Team 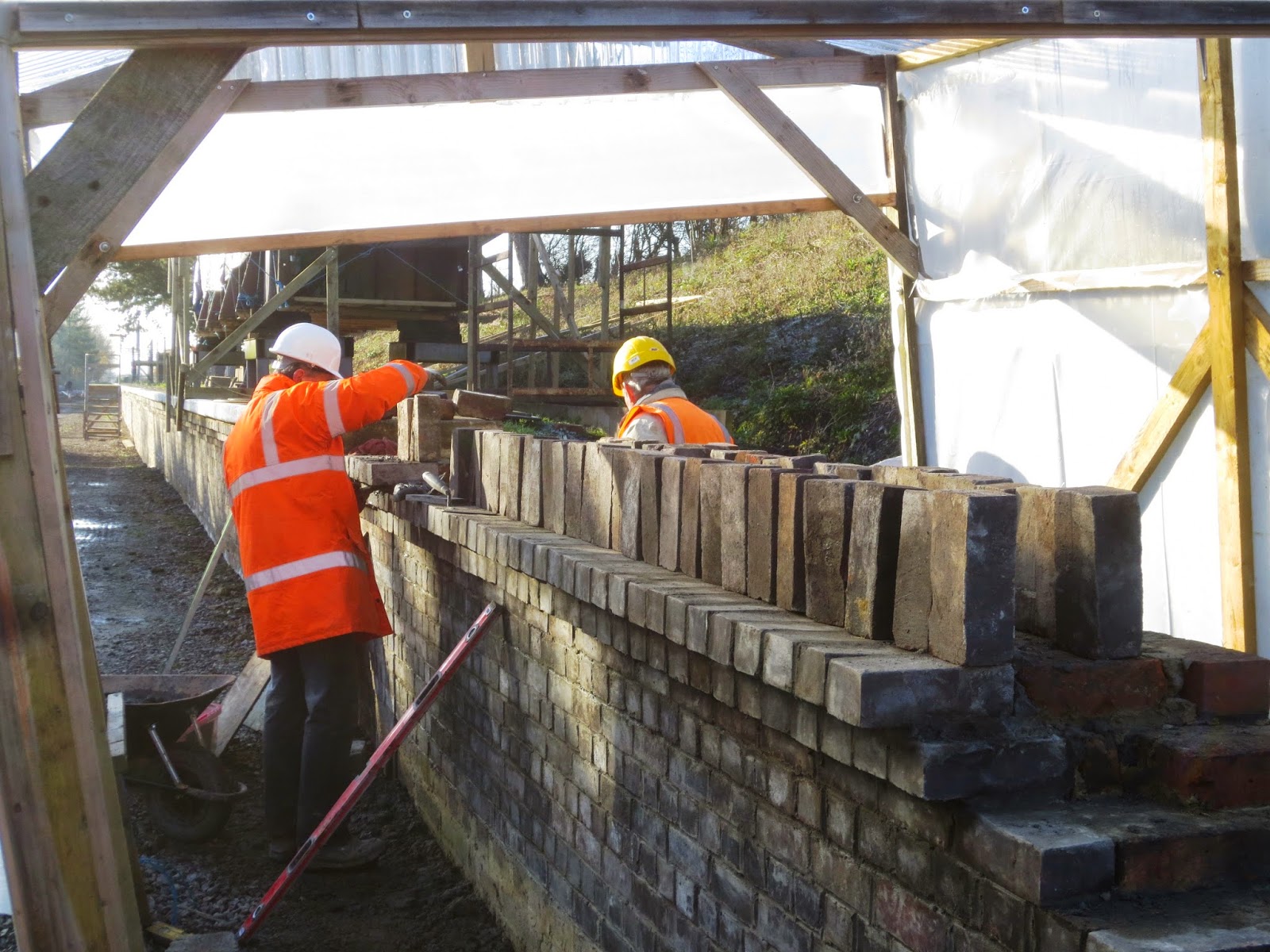 Further north still, the removal of the  the vegetation on the eastern cutting (I have been reprimanded so often now for calling it an embankment!) Brian led the charge with the chain saw whilst the rest of the team (Brian T  Vic, Clive, Graham and Steve B) kept the bonfires fed.

Finally a couple of Jo specials:-

I'm curious to learn how you were able to work round with the new Conservation of Fuel & Power regulations L2A that came into force in April this year, with respect to the new fireplace in the signal box.

To all you blokes working hard on the site, in cold weather, giving up your free time, to preserve our heritage, thanks you have my admiration. Hope you all have a good Christmas.

In answer to Perry

Perhaps it's because the box is exempt: Same document, Appendix C 1c stand-alone buildings other than dwellings with a total useful floor area of less than 50m2
Best wishes Charles

Perry, I take it that you are a volunteer working at Broadway on the station and signal box? If so, you could discuss these topics with the folks working on the project. It seems that Charles Helps has the answer anyway, thanks.

Oh I hope not!

Perry and all,
As previously stated on the Blog we have an agreement with the Building Controls Officer that the Signal Box is a functional building operated under our Light Railway Order and as such is not considered a dwelling or building for public use. I find that the Building Controls staff very helpful and generally want our Broadway venture to succeed.

Thanks for the information. Very few buildings achieve exemption & I am delighted to learn about the signal box.