We got a soaking this morning - no two ways about! Nevertheless 16 stalwarts were rewarded with some bright sunshine in the afternoon,

Firstly a bit of a photographic treat - Keith Edwards  (a Broadway enthusiast from West Bromwich) came along with his drone with  a camera on board and was able to take some great shots. Here is my favourite:- 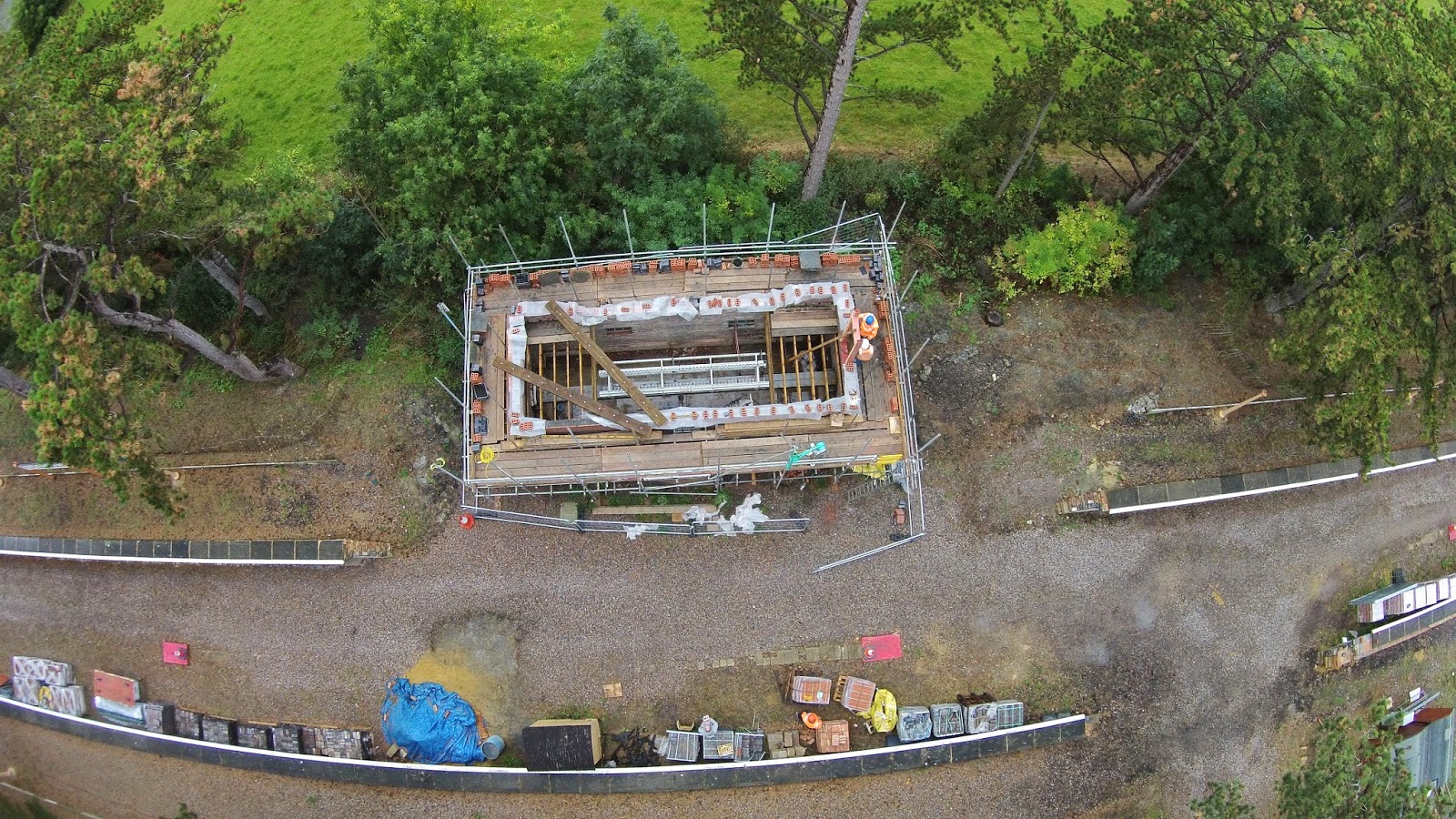 I think we have put too much of a curve in those platforms! Another nice shot here looking south over the Evesham Road Bridge. 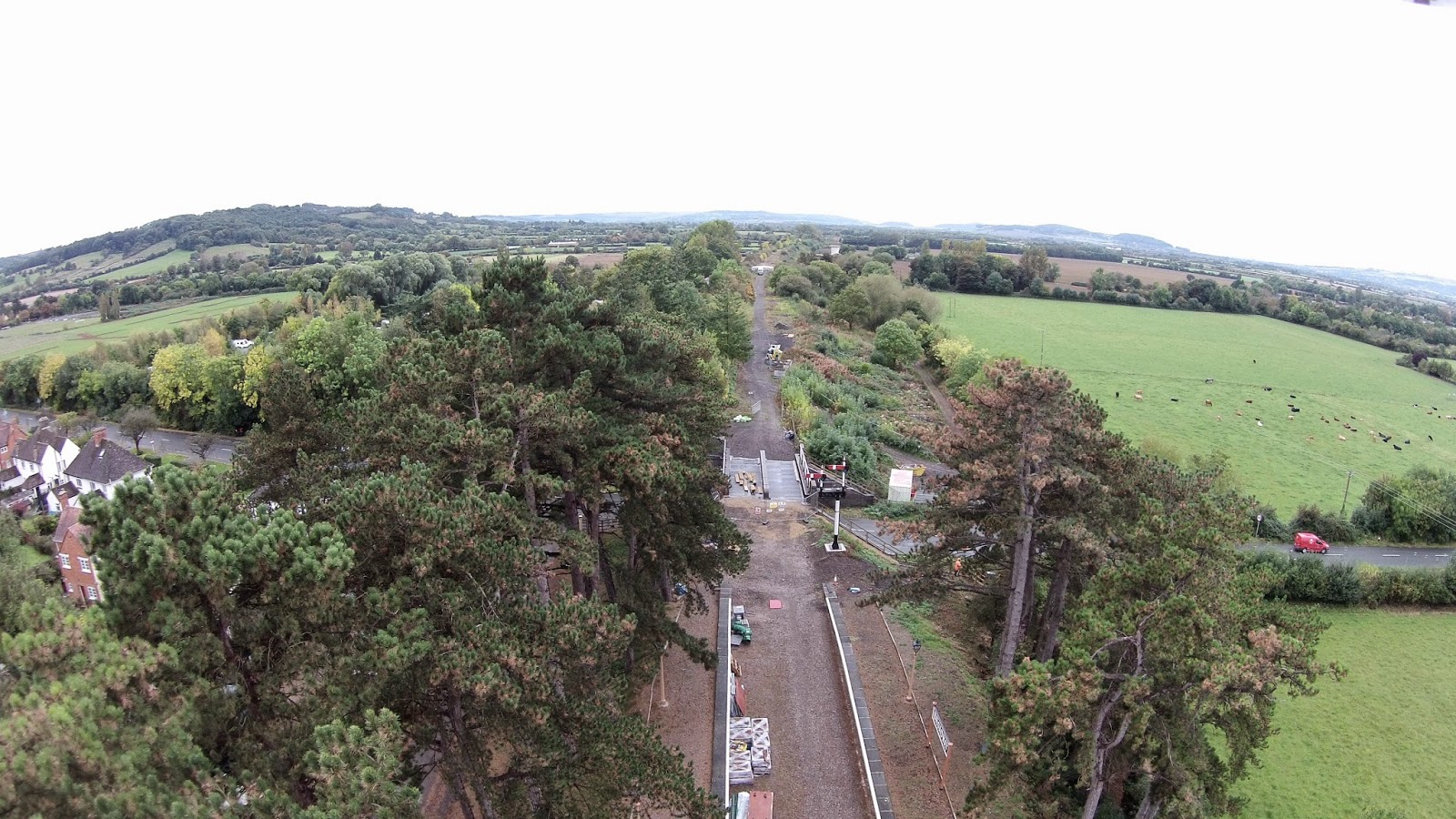 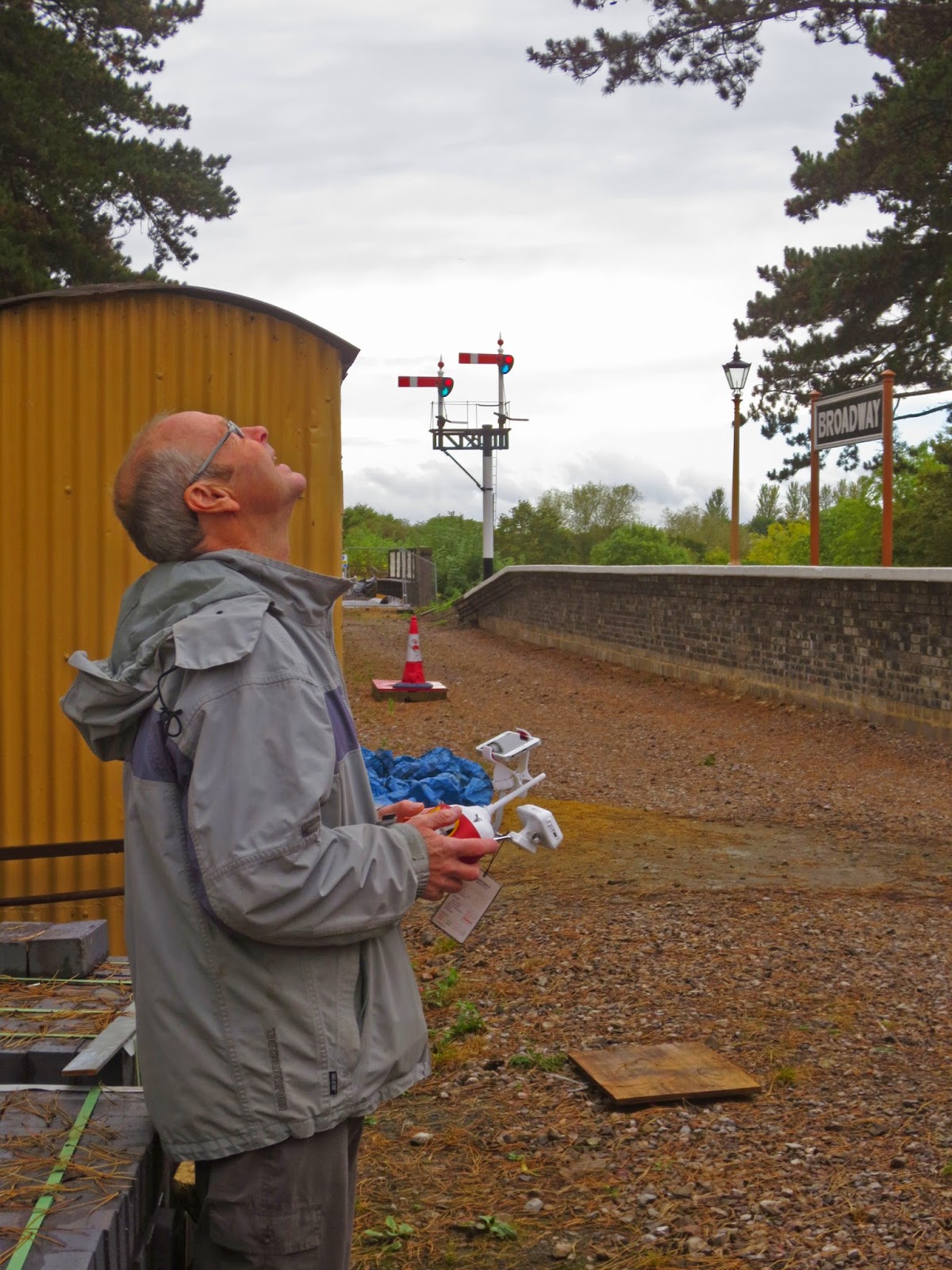 And finally the pilot himself  Keith - a great enthusiast, who has promised to come back and do some more work with us 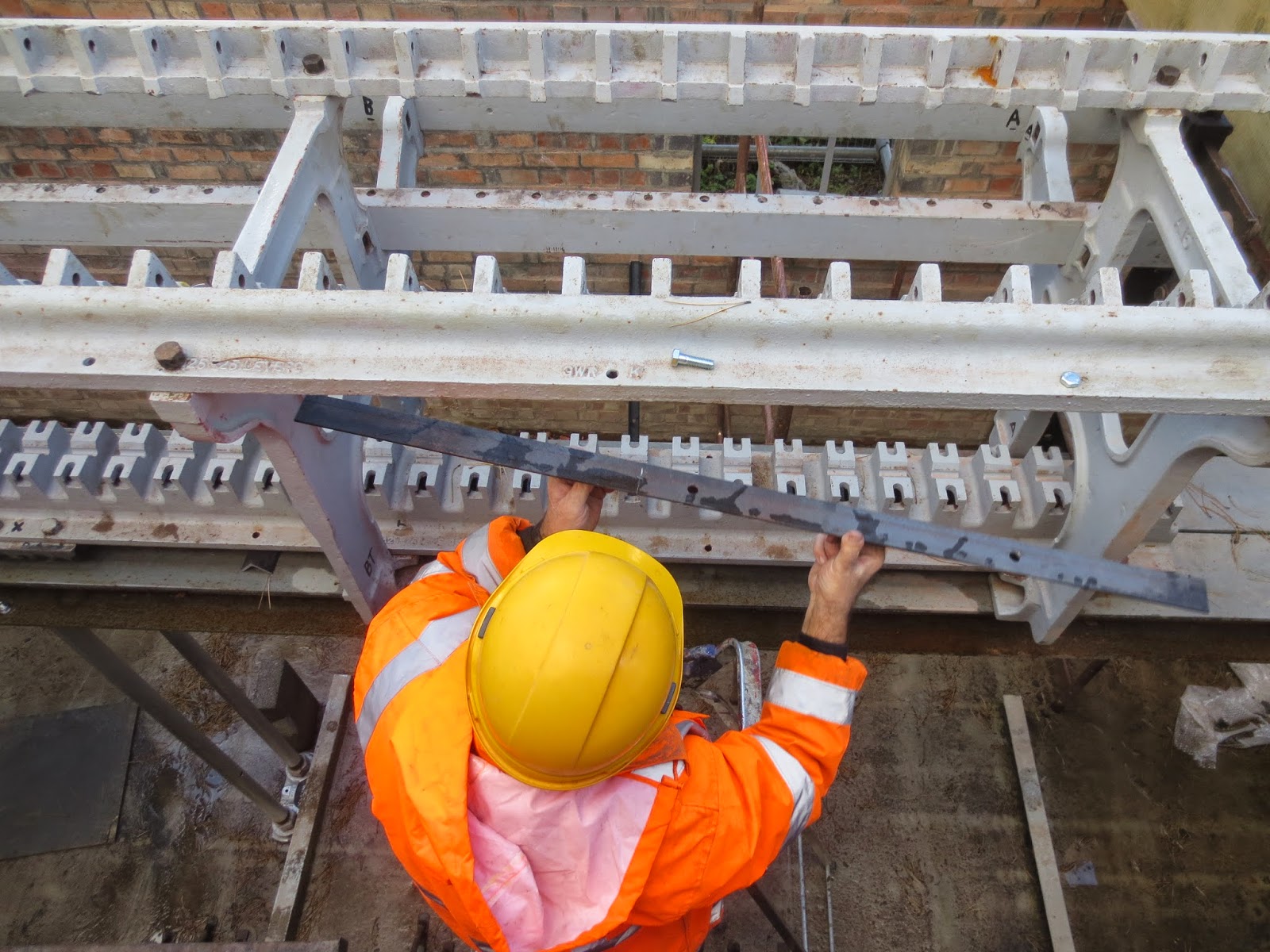 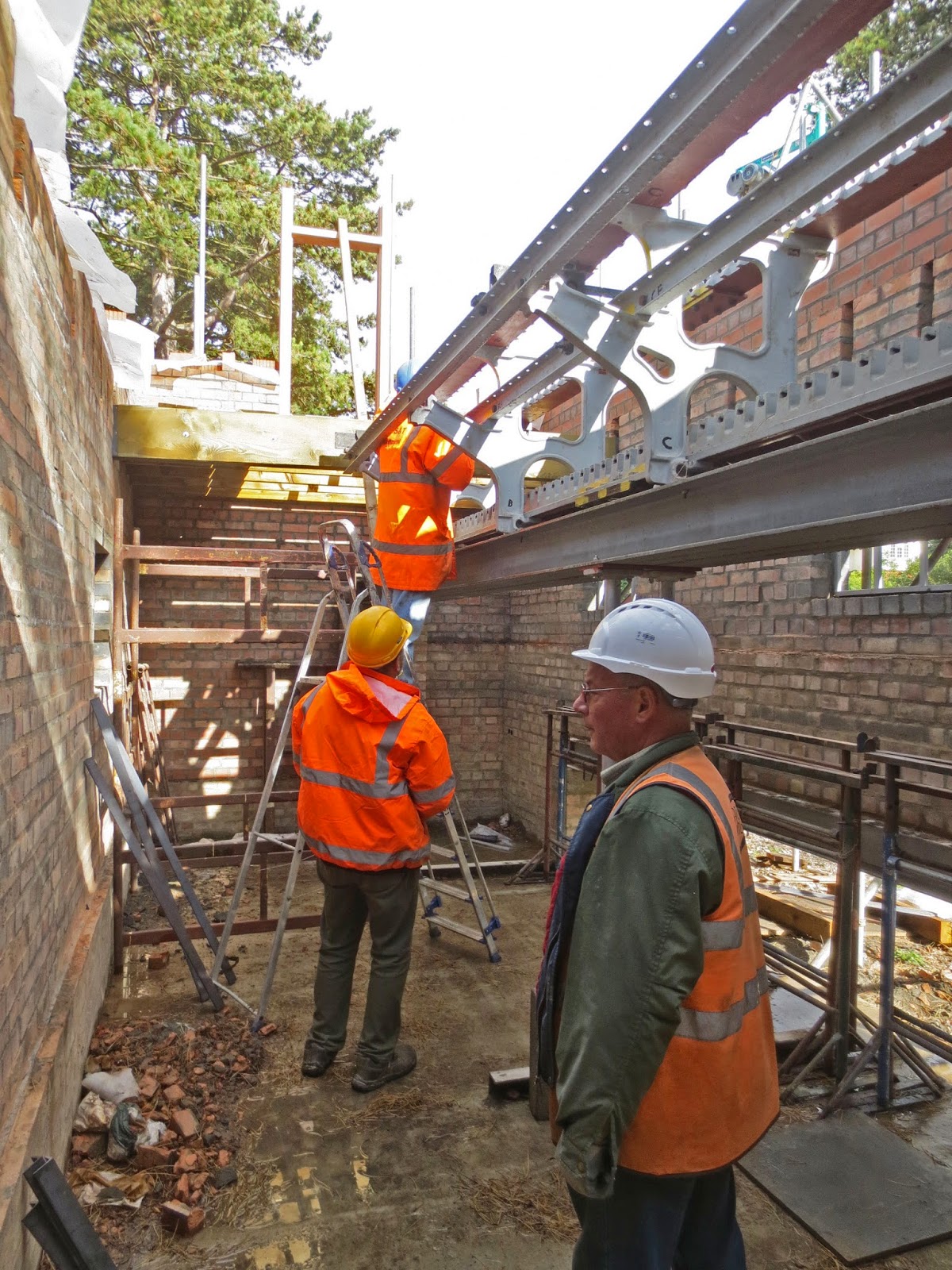 Moving on to the tasks for the day - more work was carried out on the Signal Box itself - too wet for brick laying, Peter K had done his usual excellent fabrication job on some floor fixings for the lever frame. 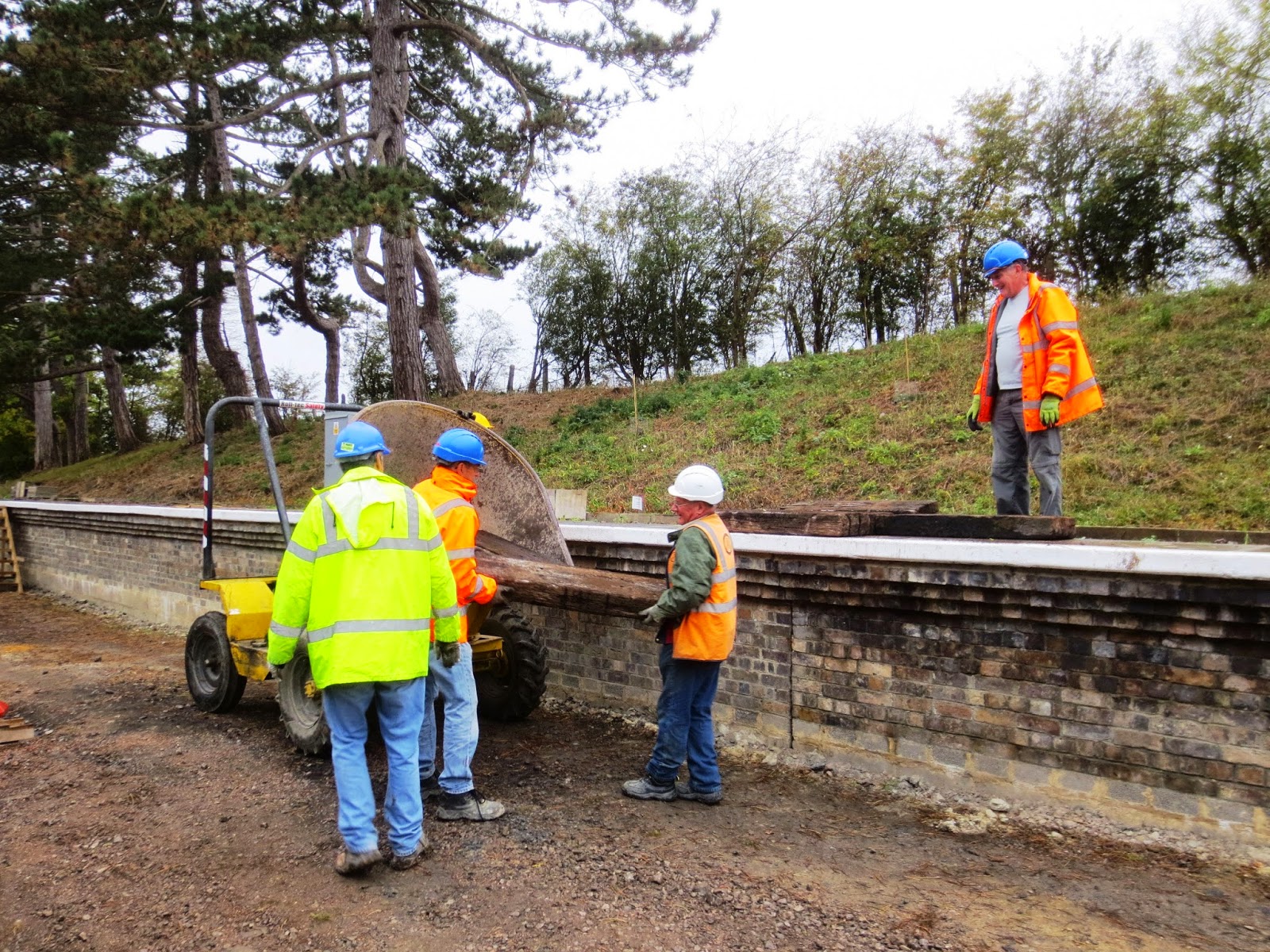 Down on Platform 2B Jim and a gang were placing some old sleepers as abase for the planned move of the HIA footbridge span to Broadway. I will give you some more details on this when I have them.

The "short straw" job for the day was  surveying of the northern side drains, identifying the catch pit positions and their condition. Ron T and Roger J , ever willing to do the nitty gritty jobs dutifully did the survey, which included looking beyond the Springfield Lane bridge see where the  flow of water ends up. In the end they counted +/- 30 of them every 30yds up to a point short of the little brook that flows between the bypass bridge, and Colin Lane bridge. Graham helped along the way.


Steve B and , I think Dave H set about laying some more vertical slabs behind Platform 1C. Not an easy job in the wet! 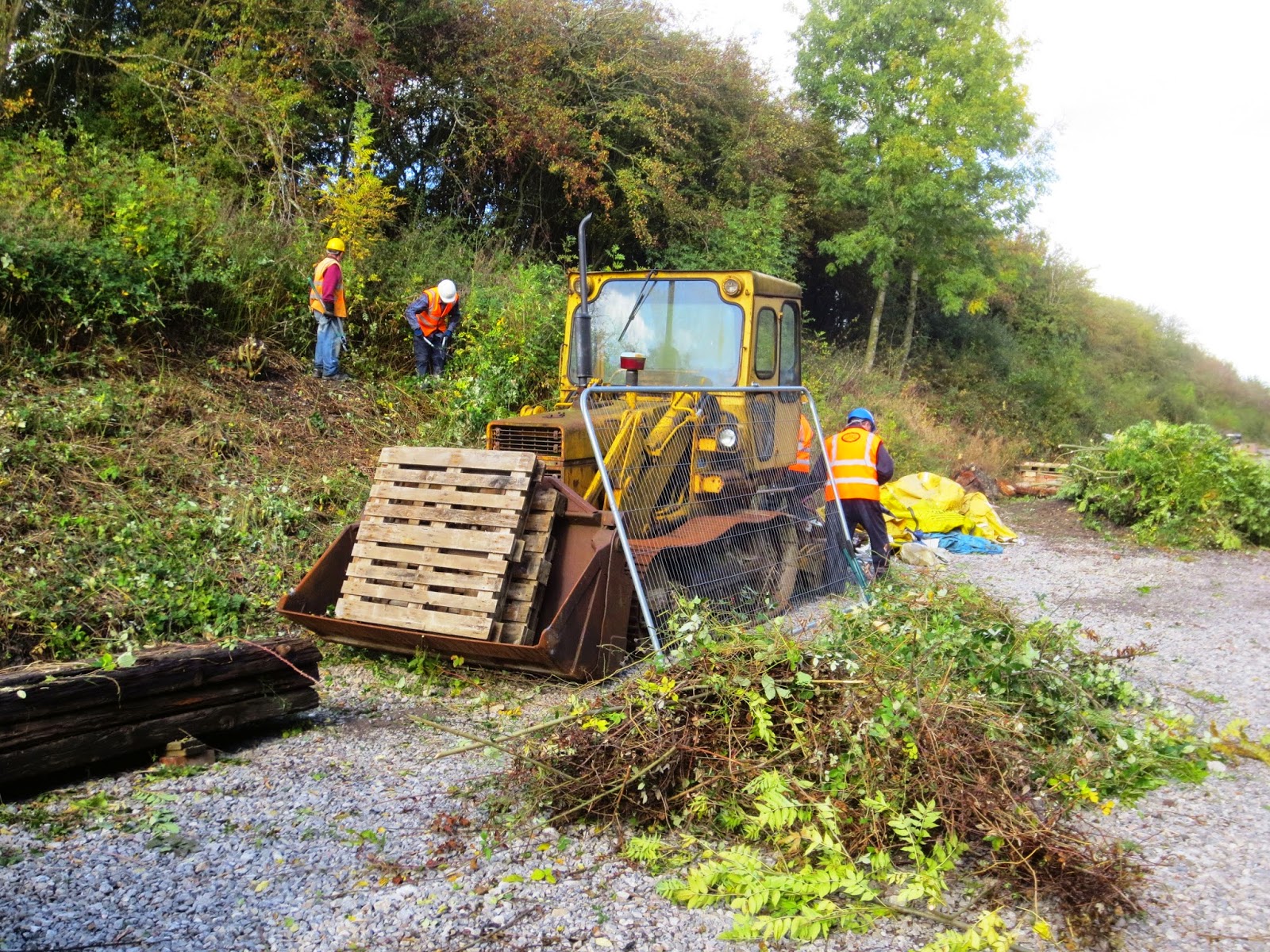 Also Phil and co did some more embankment clearance. The Drott looks rather sad here. We are hoping someone will take pity on her and give her some TLC.

Dave B and Vic spent some time taking an inventory of the boundary fencing we have had delivered.  This job will start shortly.

Thanks to everyone who turned up today - it worked out well in the end!
Posted by Bill at 22:26

What is wrong with Drott?

Would be nice to see Keith use is drone to do a short video, from the Northern Bridge at Broadway down to Toddington i reckon........

Is the bridge the one on Colin lane, or is the A44, my bet is the former due its age, is that the limit of where the track bed can go to? Thanks.

The bridge picture is of Springfield Lane, a farm track leading to a dead end just beyond the bridge, on the left. We own the trackbed to a point just short of it.
The A44 bridge is a concrete one.

The Drott is out of use as of about 2 years ago. It had many successive faults, the most recent being electrical if my memory serves me right.
We have had an offer from an enthusiast to buy it and restore it, but unfortunately it is not BAG's to sell.