There were 19 Volunteers on site today - the September sunshine was glorious and there was much to be done. 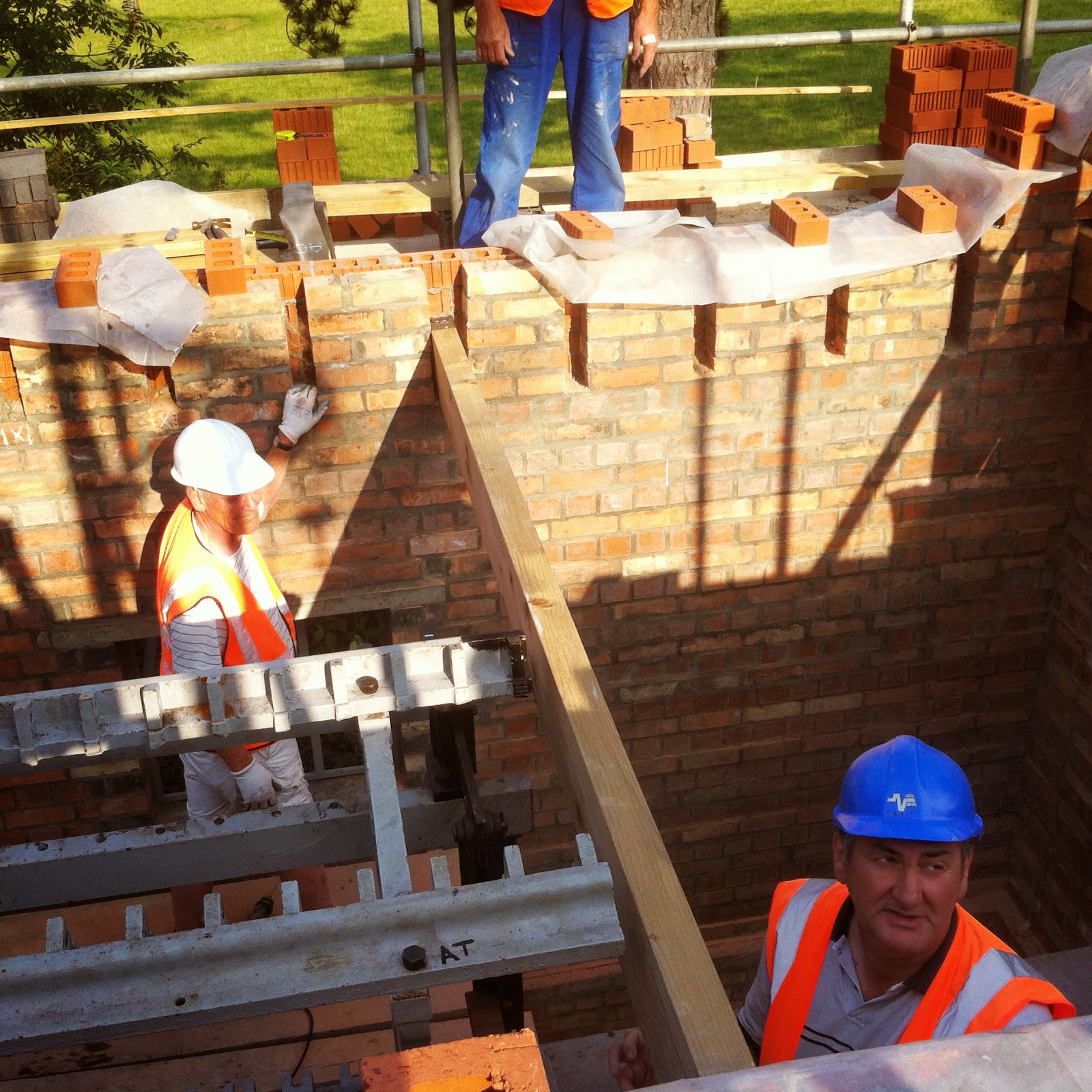 Work continued on the Signal Box with attention being given to a slight lowering of the joists positions, having installed the lever frame - everything has to align precisely with this center piece... 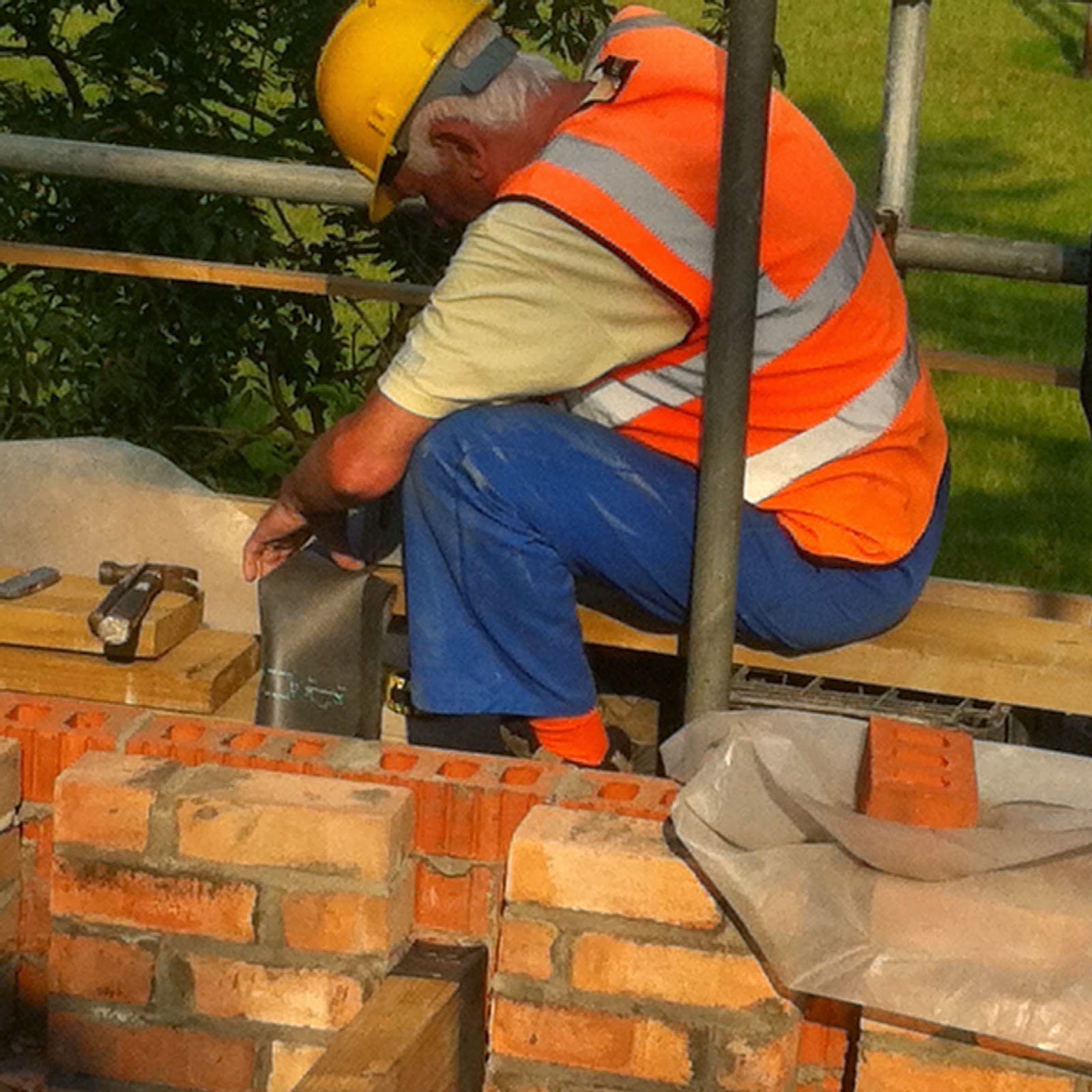 In the background Peter Q was fabricating some  rubber waterproof protection for the end of joists  ("gloves" in the trade) as they  were set in their slots in the brickwork. 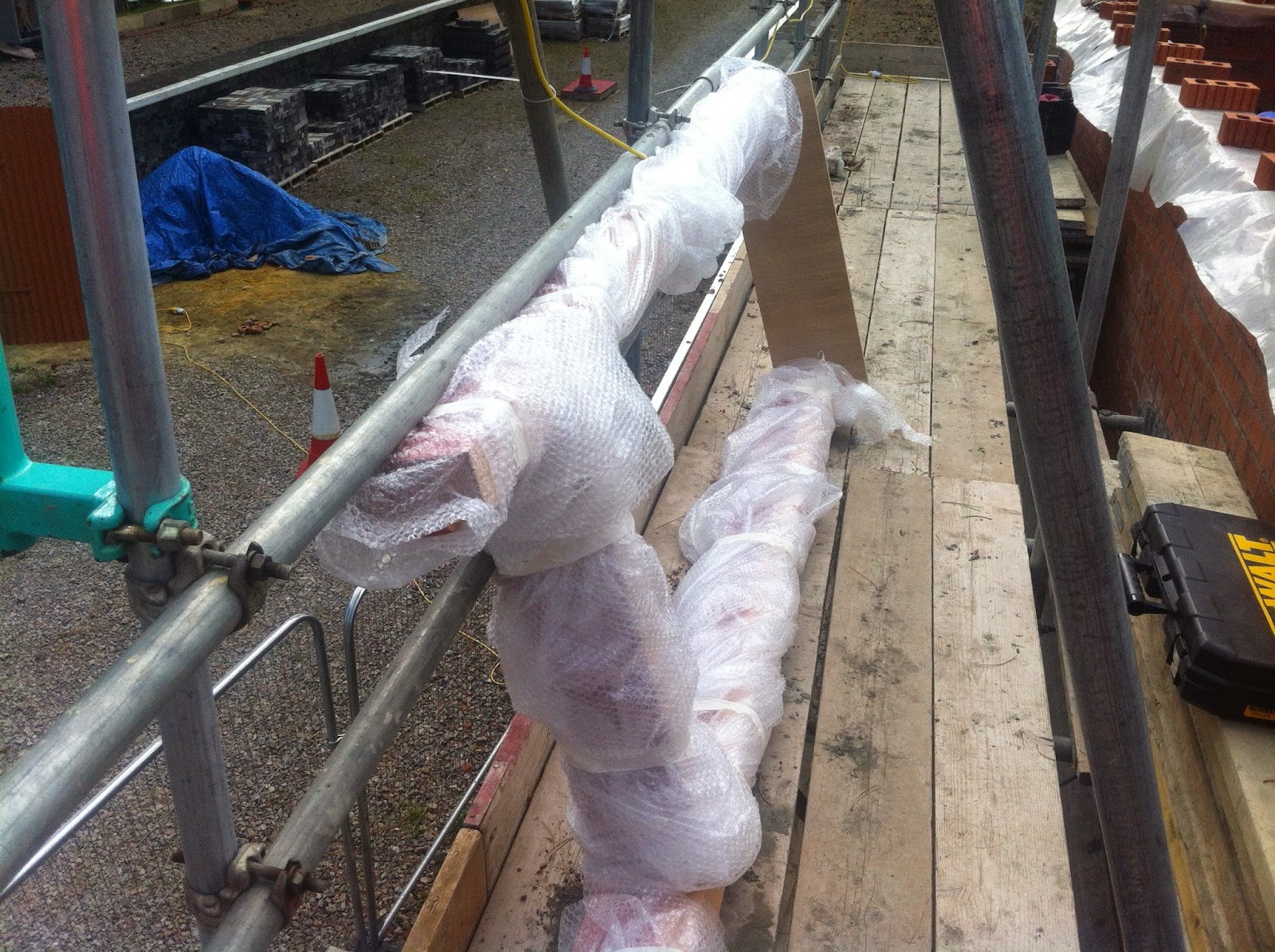 The main door frame was delivered yesterday and is ready to be installed on Saturday.

Also a dummy rear widow frame has been made so that the rear brickwork can continue once the floor has been completed.

All those involved with the Signal Box today can feel well pleased with their efforts.

At the northern end, Platform 2C was beginning to take shape.

I am posting Roger B's report here, as he was at the sharp end of the job!

A great team performance today we Terry, Clive, Bob, Martin and I, laid 110 Blocks including 2 Piers on Platform 2c. 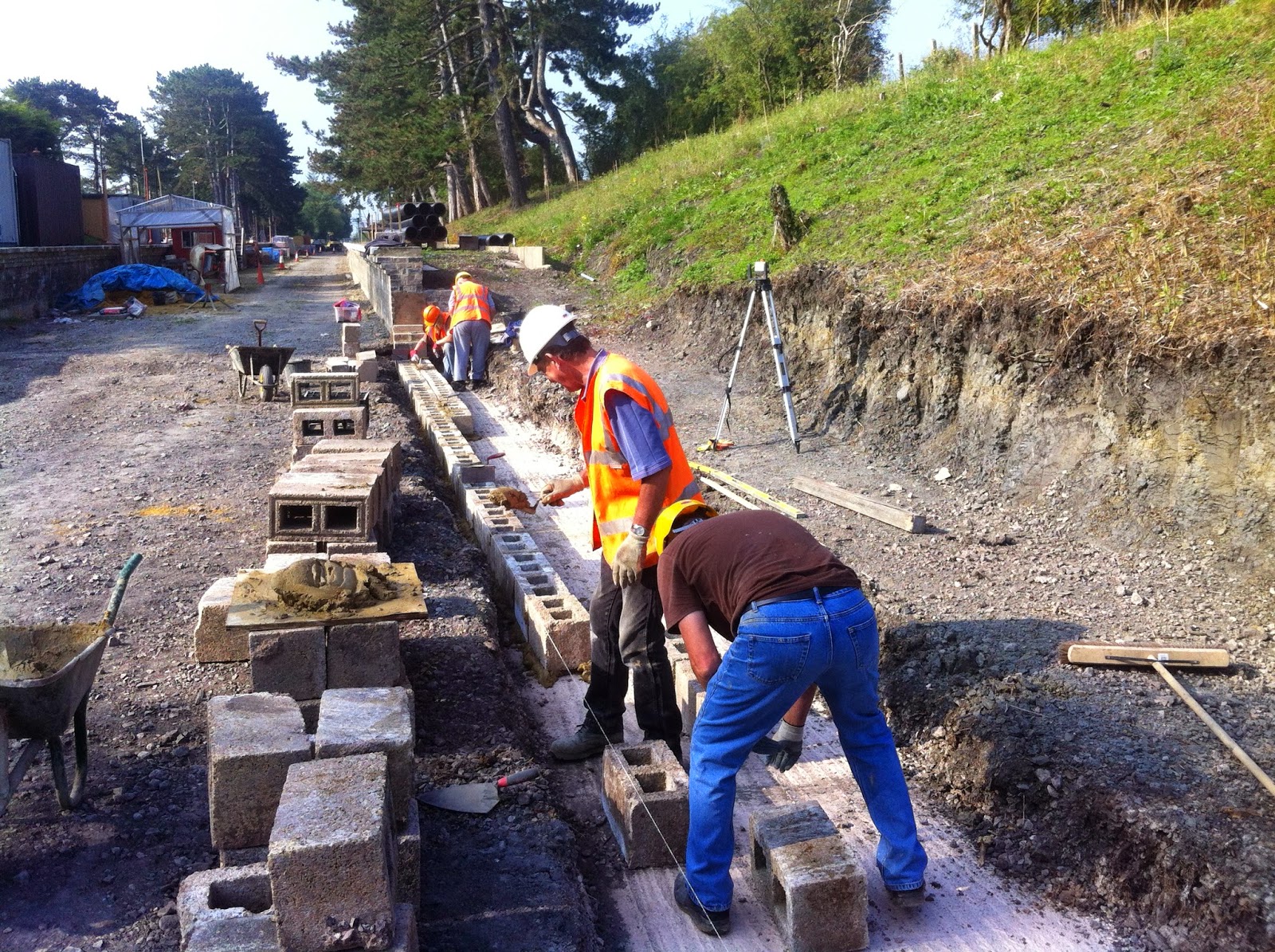 There are approximately 15 Blocks at the rear to be laid to complete, the first course. Suggest that this can be completed on Saturday with care.
Clive will be on site next Wednesday to manage the second course of block laying and the positioning of Drainage Pipes. 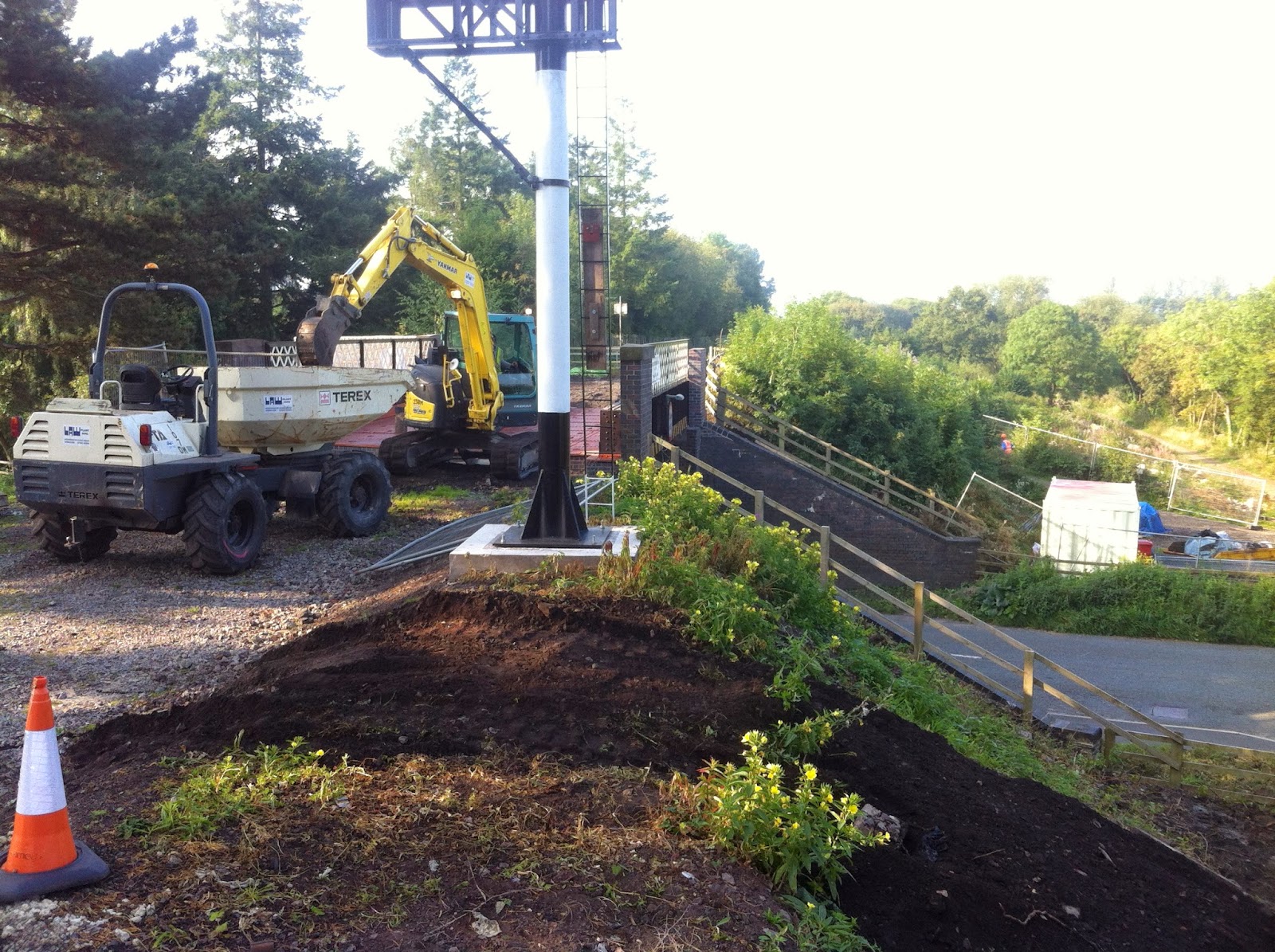 Dodging about a bit now, the Bridge Contractors continue to put the finishing touches to the Bridge top surface.  The excavator is laying drainage pipes down the embankment. I persuaded the driver to do one or two leveling jobs on the embankment to  improve the appearance. 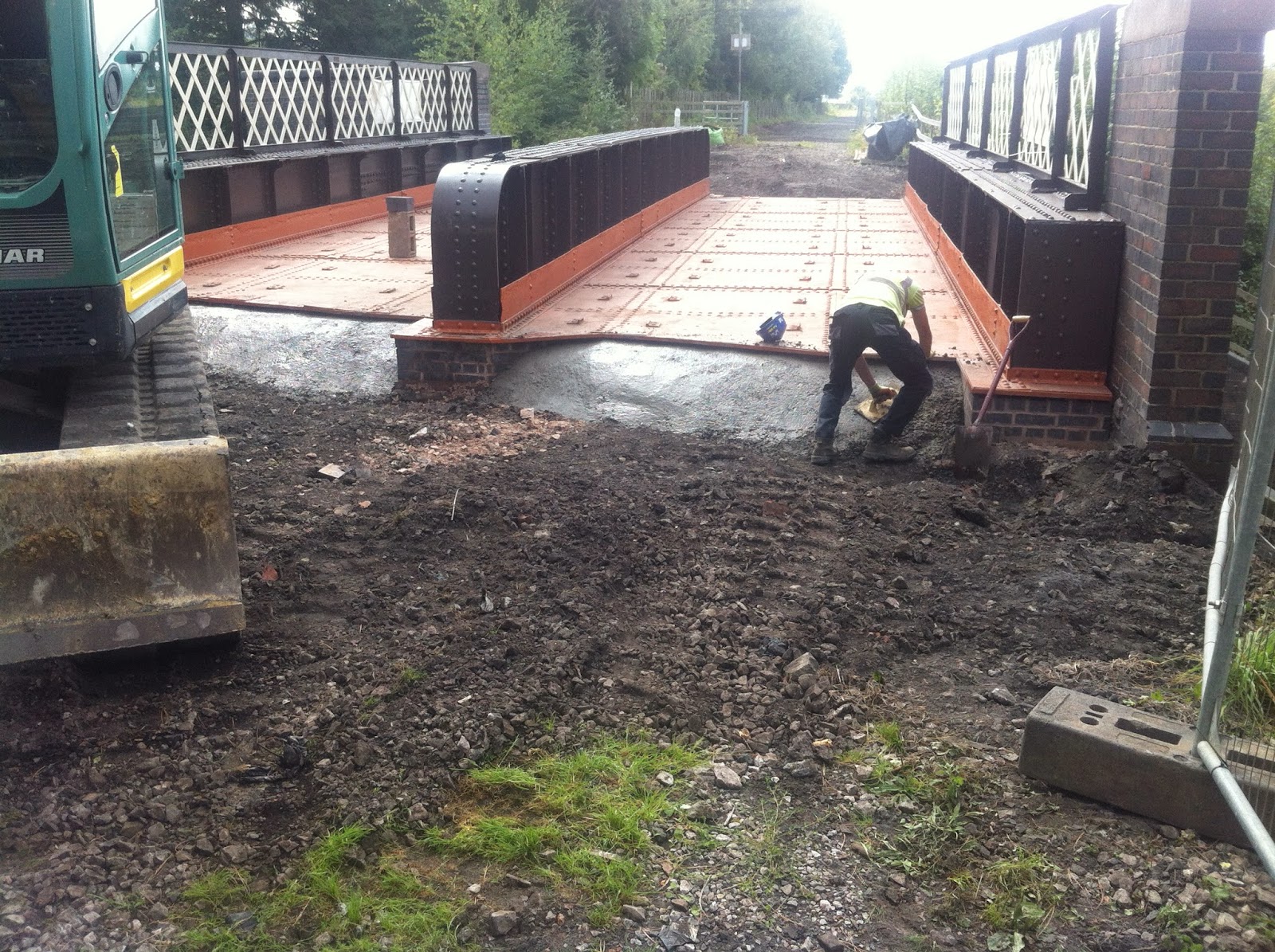 When that was completed concrete was poured into the gap at either side of the bridge bed. The final task will be  to put the gravel boards on and  level it through with ballast.

Back at the other end of the site Chris, David and Keith were brick cleaning - the job must go on....