A Monday Special - The Bricklaying Crew do it again!

I couldn't be more pleased with the progress made today. The target was to get the next layer of blocks in, and by the end of the day, 80 blocks had been laid. 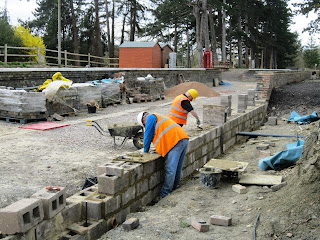 This was the remaining lot in situ and by the end of the day, Clive, Bob W , Bob J and Peter Q had them in place. 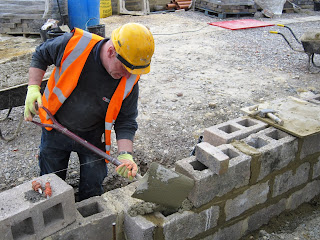 In the intervening period Jo finished the insertion of the rebars along the back course. At the northern end of the site Graham Morrison was using the JCB to tease out another 350 blocks for work on the next section. 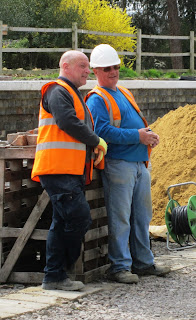 Richard from Fairview came with another load of gravel for mixing the concrete for filling the voids in the blocks and locking the rebars in. 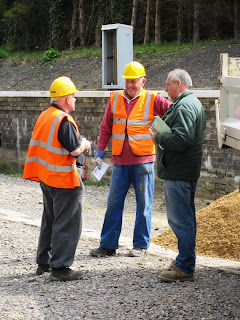 If good humour, dedication and hard work is the formula for making Broadway happen we're as good as there!
Posted by Bill at 18:41