It was damp, cold day yesterday but 8 of us pressed on with some jobs in progress and it turned out to be a very enjoyable day. 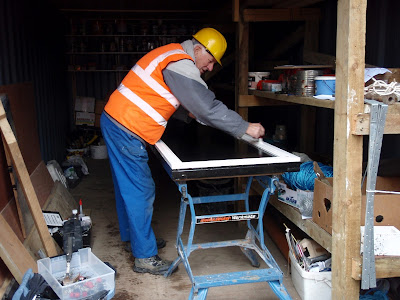 Peter Quick, who is determined to finish of the Platform 2 running in board before he is away for 6 weeks, cracked on with the painting of the main board. The new container, which is lined, has proved very useful as  a dry workshop for such work. We just need to get some electricity sorted out now! 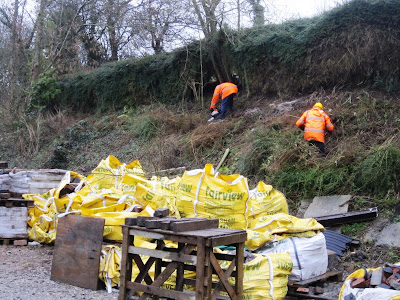 The  vegetation  on the embankment behind the northern end of 1B has needed a tidy up for some time and John Simms and Dave Bowie set too at creating some material for a bonfire.


Down at the main gate a few of us tried to complete the apparently simple task of  putting  a gatepost socket in place - not so!  It soon became obvious that we were dealing with a socket with a taper which required liberal use of the angle grinder to cut an equivalent taper on the post. 3 hours later the job was done, but what palaver!


Having re-hung the gate it remained for the gap to be filled with some new fence rails and the job was done. There was an extra satisfaction in getting there in the end, but it reminds me that the adage "buy cheap, buy twice" is so true!. 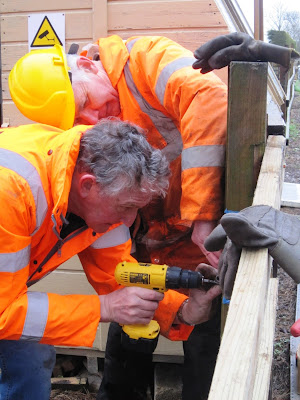 Finally one of Jo's studies- the last screw  goes in..
Thanks to Jo and Jim for the photos.
Posted by Bill at 10:30