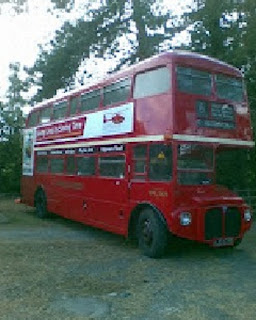 Grahame Smith, a great Broadway supporter, and friend of  the GWSR,  has offered to run a  Routemaster Bus Service from Toddington  to Broadway and return, on one Saturday each month during the Summer. This will allow supporters visiting the Railway the opportunity to come over to the Station Site and see the progress being made. Also of course for vistors to the Broadway Site to pop over to Toddington  and beyond.

The Dates and times are follows:-


Also Graham will bring his bus along for the Open Evening on the 18th May.
Posted by Bill at 14:11

A rail replacement bus service before the line opens now that is cutting edge :=) an excellent idea

It gets better: it's free!